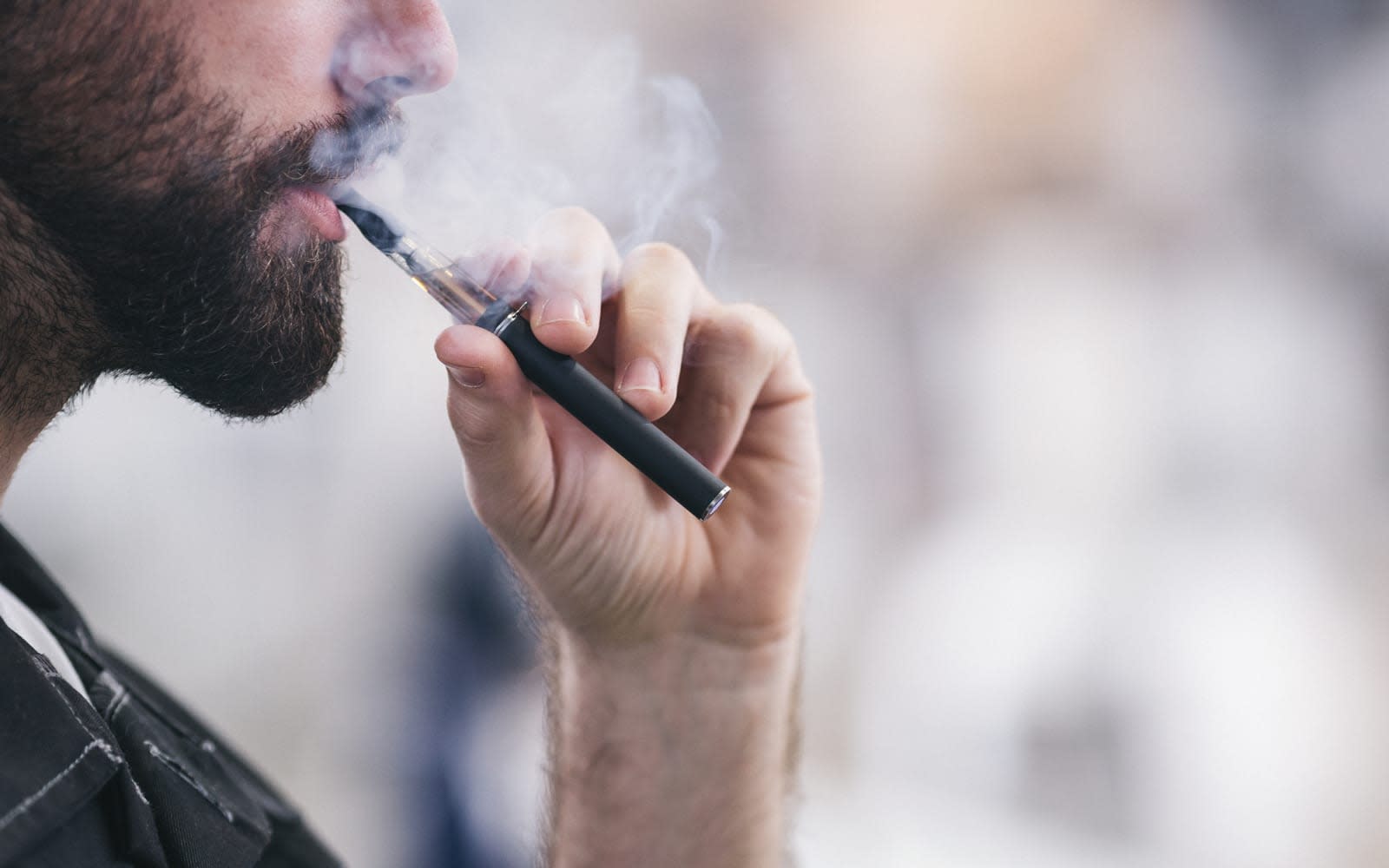 As part of a growing effort to reduce teen vaping, US Rep. Raja Krishnamoorthi (D-Illinois) has proposed legislation that could put a cap on the concentration of nicotine in e-cigarettes, CNN reports. The bill would limit nicotine content to no more than 20 milligrams per milliliter. According to Krishnamoorthi's office, the goal is to make e-cigs "significantly less addictive and appealing to youth."

The European Union enforces a similar cap, but the US does not currently have a national standard. According to CNN, Juul's five-percent pods have 59 mg/ml. Juul has said that's equivalent to the nicotine-per-puff ratio in a pack of cigarettes. Some say the high-nicotine content in vape products is one reason the rate of teen vaping has been climbing. Others argue that the high-nicotine content has helped smokers transition away from cigarettes.

🚨 #BREAKING: Today I announced introduction of the END ENDS Act, legislation that caps nicotine concentrations allowed in e-cigarettes and presents a common-sense solution to the youth vaping epidemic that has already shown success abroad. pic.twitter.com/u9WyxCx4Xq

Regardless, companies, states and politicians are taking a stance against vaping products. Today, Kroger announced that it will stop selling e-cigs. Walmart and Rite Aid have made similar announcements. Massachusetts has temporarily banned vaping products until the CDC can determine what's causing the vaping-related lung illness, and New York and Michigan have placed similar temporary bans on flavored vaping products.

The nicotine content in e-cigs has not been linked to the mysterious vaping-related illness. But regardless of the illness, legislators like Rep. Krishnamoorthi are concerned with the increase in teen vaping. According to the 2019 National Youth Tobacco Survey, 27.5 percent of high schoolers now use e-cigs, up from 20.8 percent in 2018.

In this article: bill, cap, e-cigarette, e-cigs, house, legislation, medicine, nicotine, politics, proposed, raja krishnamoorthi, teen vaping, vape, vaping, tomorrow
All products recommended by Engadget are selected by our editorial team, independent of our parent company. Some of our stories include affiliate links. If you buy something through one of these links, we may earn an affiliate commission.