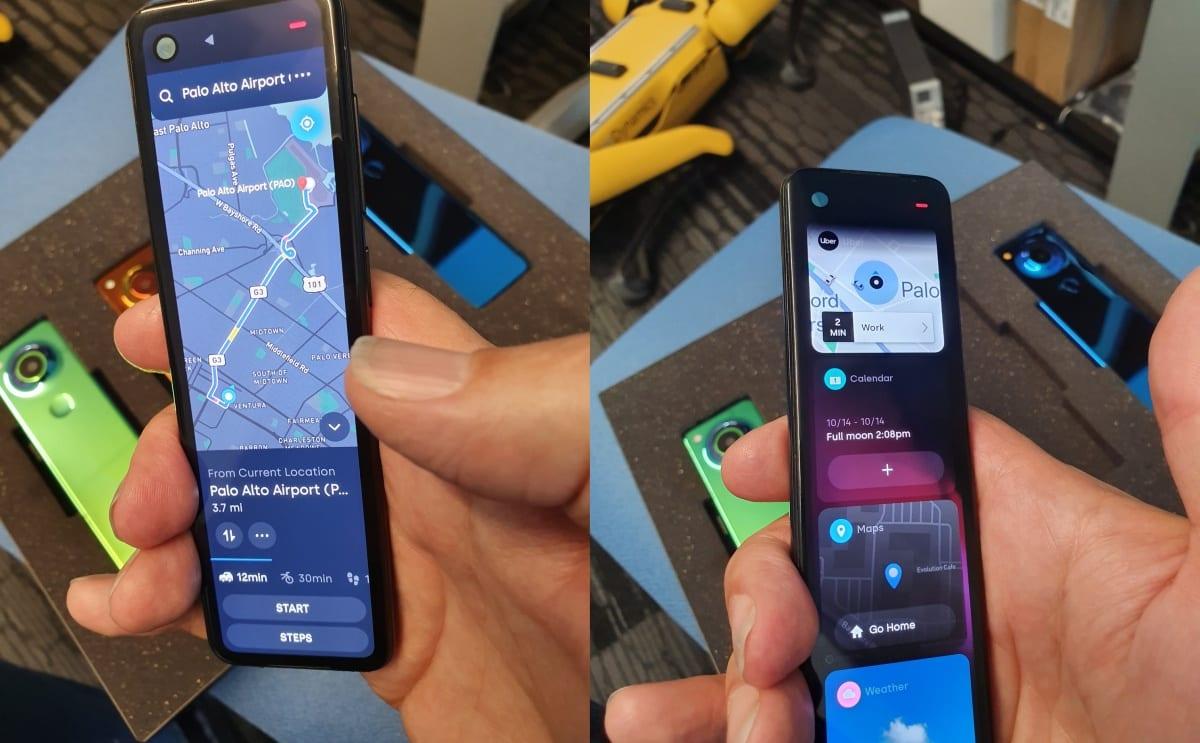 We've seen phones of many shapes and sizes over the years, but it looks like Essential's next device could go in yet another direction. Android co-founder, Essential CEO and recipient of a reported $90 million payout from Google after a sexual misconduct investigation Andy Rubin posted pictures of a new device on Twitter that is taller and thinner than you're used to seeing, pointing out a "new UI for a radically different formfactor." He didn't mention the Boston Dynamics SpotMini robot in the background.

Other images and video showing the back of the device teased a "colorshift" material that changed shades from different angles. Last December Essential announced its debut PH-1 phone was effectively discontinued, but promised a follow-up device and has continued releasing software updates.

In a world where phone screens keep getting bigger and wider -- including fold-out displays and second screens -- going taller to adjust the placement of important info and notifications is certainly one way to stand out. Last year Rubin suggested a way to solve phone addiction is by moving to a "relatively small" screen combined with software that responds mostly to voice commands -- is this it?

Update: The Essential Products Twitter account posted two more pictures of the device with the hashtag #ProjectGem. Saying it's in early testing, the post told readers "We've been working on a new device to reframe your perspective on mobile." Take a look below and see if that's true.

We've been working on a new device to reframe your perspective on mobile. It's now in early testing with our team outside the lab. Look forward to sharing more in the near future! #ProjectGEM pic.twitter.com/BnVy7yM2Kj

In this article: Android, Andy Rubin, essential, essential products, gear, mobile, Project Gem, skinny, smartphone
All products recommended by Engadget are selected by our editorial team, independent of our parent company. Some of our stories include affiliate links. If you buy something through one of these links, we may earn an affiliate commission.