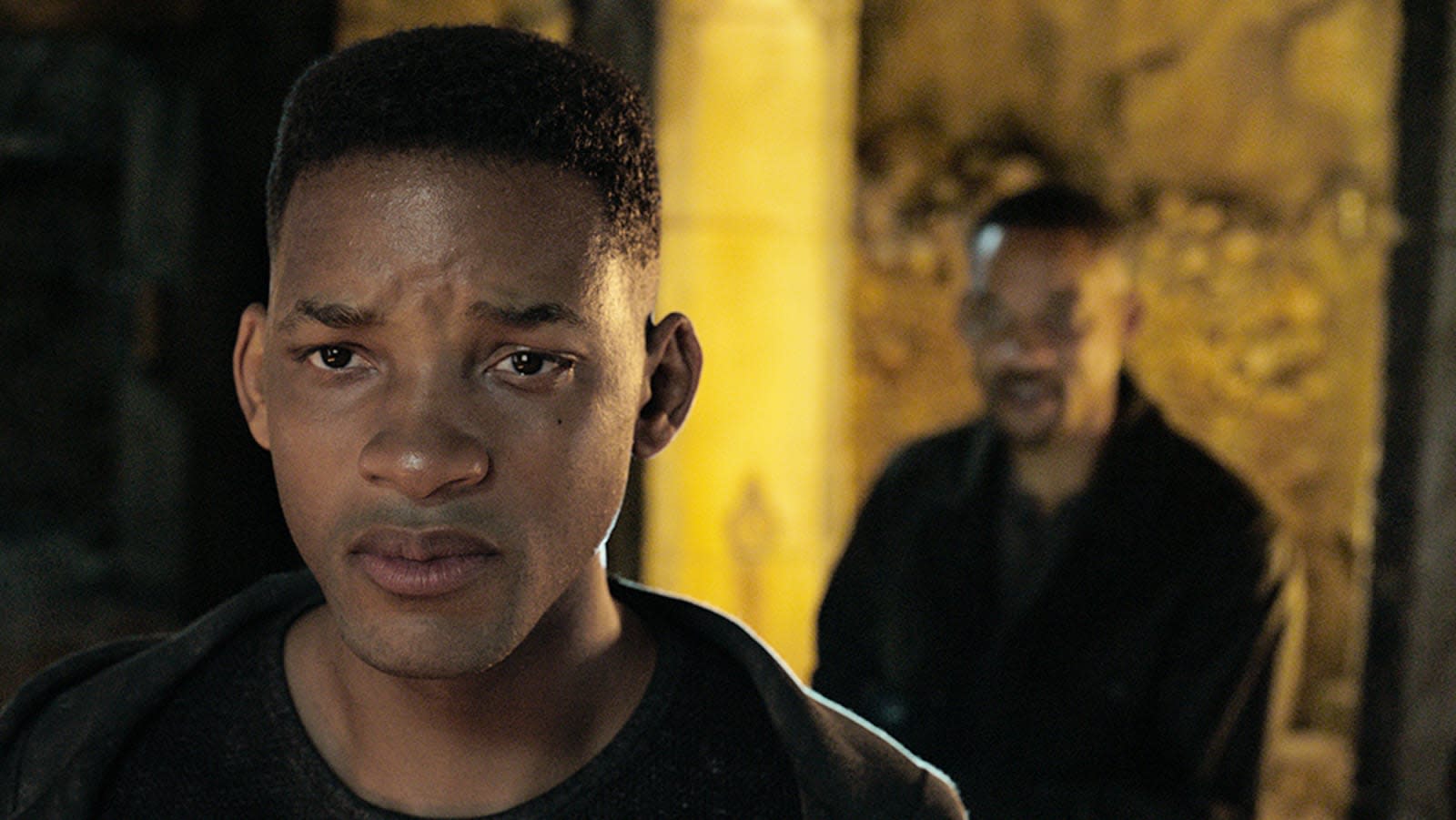 Ang Lee wants people to see his latest movie, Gemini Man, in 3D at 4K resolution and 120 frames per second. But it'll be a tough ask to watch the Will Smith thriller that way if you're in the US -- it seems no American theaters will project it in the director's intended format.

Dolby Cinema told Polygon that just 14 AMC theaters in the US will play Gemini Man at 120 fps, but in 2K resolution instead of 4K. Almost all HFR (high frame rate) 3D screenings stateside will be projected at 60 fps, despite distributor Paramount urging theater chains earlier this year to get ready for the flick. In the UK, some Odeon theaters kitted out with Dolby 3D tech will run Gemini Man at 120 fps. Select theaters in Asia will offer the full 120 fps 4K experience.

Gemini Man features Smith in dual roles, including a de-aged, 20-something version of himself. The combo of 120 fps, 4K and 3D is said to make the younger Smith appear more lifelike. The premiere took place in Los Angeles earlier this month, at which Paramount used a dedicated system to project it as Lee intended.

The director has long worked at the cutting edge of cinema technology. He shot his previous film, 2016's Billy Lynn's Long Halftime Walk, in the same format. However, it seems he's a still bit too ahead of the curve for most theater projectors. Gemini Man hits theaters (though not as Lee had hoped) this Friday.

In this article: 120 fps, 120fps, 3d, 4k, amc, ang lee, anglee, art, av, dolby cinema, dolbycinema, entertainment, gemini man, geminiman, hfr, high frame rate, high frame rates, highframerate, highframerates, movie theater, movietheater, paramount
All products recommended by Engadget are selected by our editorial team, independent of our parent company. Some of our stories include affiliate links. If you buy something through one of these links, we may earn an affiliate commission.