Phonocut will let you make your own vinyl records

The company hopes to succeed where others have failed.
M. DeAngelis|10.14.19

As CD sales continue to fall, vinyl is becoming more and more popular of a music format. Some fans enjoy the bigger packaging and artwork while others claim vinyl playback produces a "warmer" tone compared to CDs and digital files. But vinyl doesn't have the flexibility of those formats. Phonocut hopes to change that with its home vinyl recorder, which launches on Kickstarter this week. The device's diamond stylus cuts the waveforms from an external source into a blank 7- or 10-inch vinyl disc so you can create records of compilations or your own music.

The Phonocut sounds relatively simple to use. Place the company's blank 10-inch disc (about $10 each) on the platter, connect and play a stereo audio source (such as a computer or phone) and hit the start button. The machine will perform real-time EQ and mastering processing while carving grooves in the vinyl. The end product can have up to around fifteen minutes of music per side and can be played on any turntable. For comparison, this is longer than a 7-inch record, which contains five to seven minutes of music per side, but shorter than a 12-inch LP, which holds 22 minutes per side. 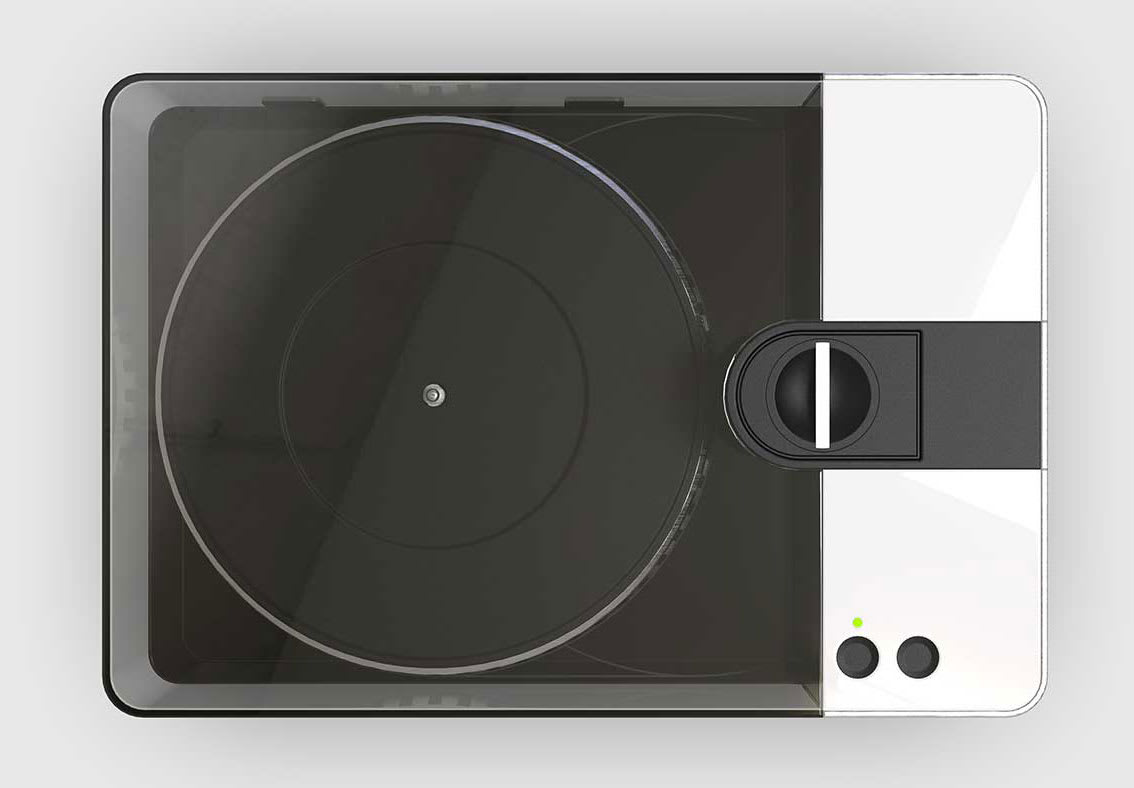 The Phonocut simultaneously sounds like a product that is too good to be true yet also very niche. The records that it cuts aren't likely to rival those that were produced in a real factory, despite the company's vague claim of high quality results. With typical vinyl production, a stylus only cuts master discs. These masters are used as stamps to press waveforms onto thousands of blank vinyl pucks. With the Phonocut, a stylus will cut every record, and since it's a consumer-level device, it won't be as accurate as industrial equipment. And that's not to mention how clean the cuts will be; the cutting process could potentially create dust and debris that would damage a turntable's stylus.

That said, the Phonocut could be a fun purchase for DIY bands, who could create small runs of records. DJs who use vinyl could also print their own sample libraries on-demand. The mix-tape aspect doesn't seem particularly likely, but compilation records could serve as wedding invitations or gifts for special occasions.

Phonocut will be hitting Kickstarter tomorrow, following in the footsteps of Machina.Pro, who designed the Desktop Record Cutter. Backers pledged over $20,000 to the DRC project, but nothing ever materialized. "This is predominantly due to component quality when bulk ordering from external suppliers," the company stated in a Kickstart update. "The DRC was viable based on initial quotations, but the parts [at these lower prices] didn't cut it technically, so everything has to be brought back in-house, raising costs exponentially." Rather than searching for additional funding, the company gave up and (presumably) refunded its backers. (Some backers have complained online that they did not receive a refund.)

With a $999 asking price and a thus-far undisclosed monetary goal, Phonocut's chances of being funded might be a stretch, but hopefully it will go into production: Even if the sound quality of the records is underwhelming, the project could prove that there is a market for pro-sumer vinyl cutters. Other companies could iterate on Phonocut's work and develop more and more accurate machines, similar to how 3D printers have improved over the years.