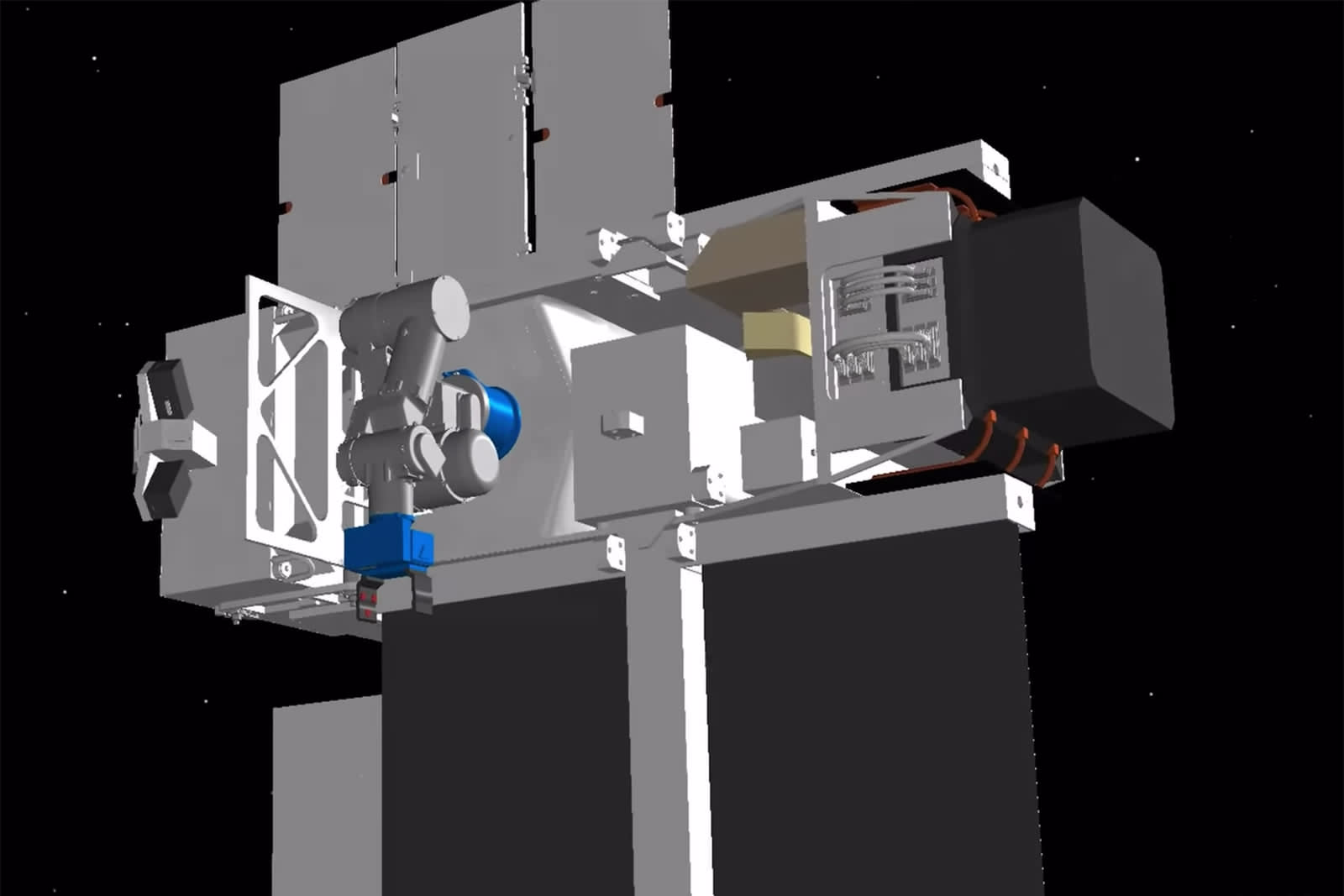 NASA is expanding its efforts to bring 3D printing to space. The agency has given Made In Space a $73.3 million contract to demonstrate the ability to 3D-print spacecraft parts in orbit using Archinaut One (shown above), a robotic manufacturing ship due to launch in 2022 or later. The vessel will fly aboard a Rocket Lab Electron rocket and 3D-print two 32-foot beams on each side, with each unfurling two solar arrays. The completed arrays could produce up to five times more power than the solar panels you normally find on spacecraft this size, NASA said.

Made In Space has already 3D-printed beams in 2017, when it used a NASA location that simulated some of the conditions of space. This, of course, is another challenge entirely -- it's introducing microgravity along with a lack of human support if things go wrong.

This is the start of a second phase of a partnership between the two companies. If successful, it could alter how NASA and others approach building and fixing spacecraft. This could lead to building spacecraft (albeit smaller ones at this stage) in orbit, of course, but it could also let space agencies launch small satellites that receive large power collectors once they're floating above Earth. It could also lead to fewer spacewalks by having robots build items that would otherwise require human involvement. Star Trek-like orbital shipyards are still a long, long way off, but this demo is a step in the right direction.

In this article: 3d printer, 3d printing, archinaut one, gear, made in space, nasa, repair, robotics, robots, science, space, spacecraft, spaceflight, tomorrow, video
All products recommended by Engadget are selected by our editorial team, independent of our parent company. Some of our stories include affiliate links. If you buy something through one of these links, we may earn an affiliate commission.