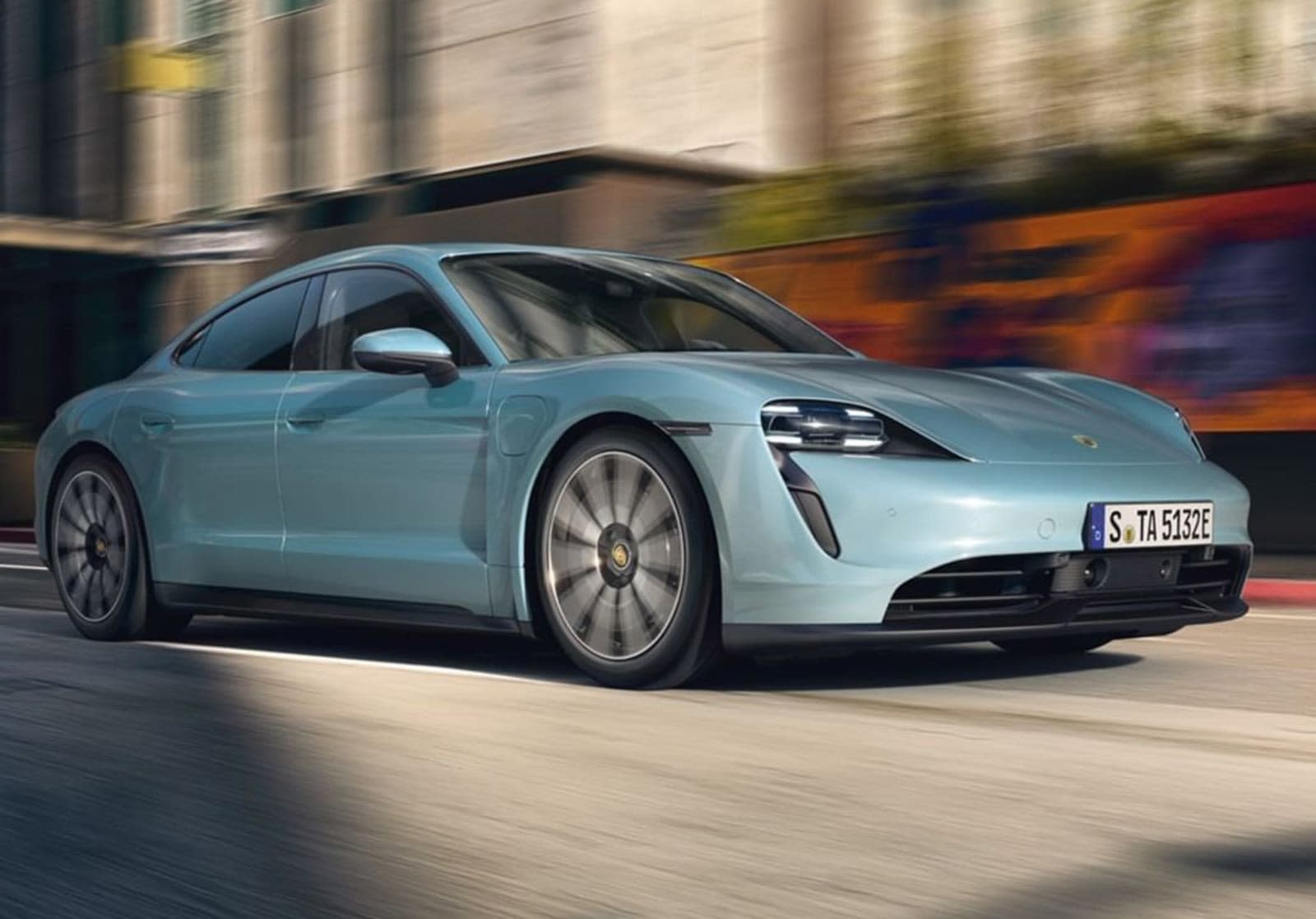 So far, we've seen Porsche's Taycan in the Turbo and Turbo S variants, but Porsche has already said that it's planning more models. Now, the company has unveiled the Taycan 4S, a mid-range version of the electric sports car. It will deliver up to 420 kW (around 630 horsepower), compared to 500 kW for the Taycan Turbo and 560 kW for the Turbo S.

Porsche said that the 4S will come in two battery sizes, 79.2 and 93.4 kWh, and it will deliver more subdued performance and slightly better range than the other Taycan variants. Still, it will thump most ICE vehicles by hitting 0 to 60 mph in 3.5 seconds, while hitting a top speed of 155 mph.

Other than the "Turbo" badge, the 4S looks exactly like the Taycan Turbo, and shares most components like brakes and the 800 volt charging system with the other models. Porsche unveiled the EV in a color called "frozen blue metallic" that looks a lot like what we used to call "powder blue."

In this article: EV, gear, Instagram, Porsche, SportsCar, Taycan4S, transportation
All products recommended by Engadget are selected by our editorial team, independent of our parent company. Some of our stories include affiliate links. If you buy something through one of these links, we may earn an affiliate commission.