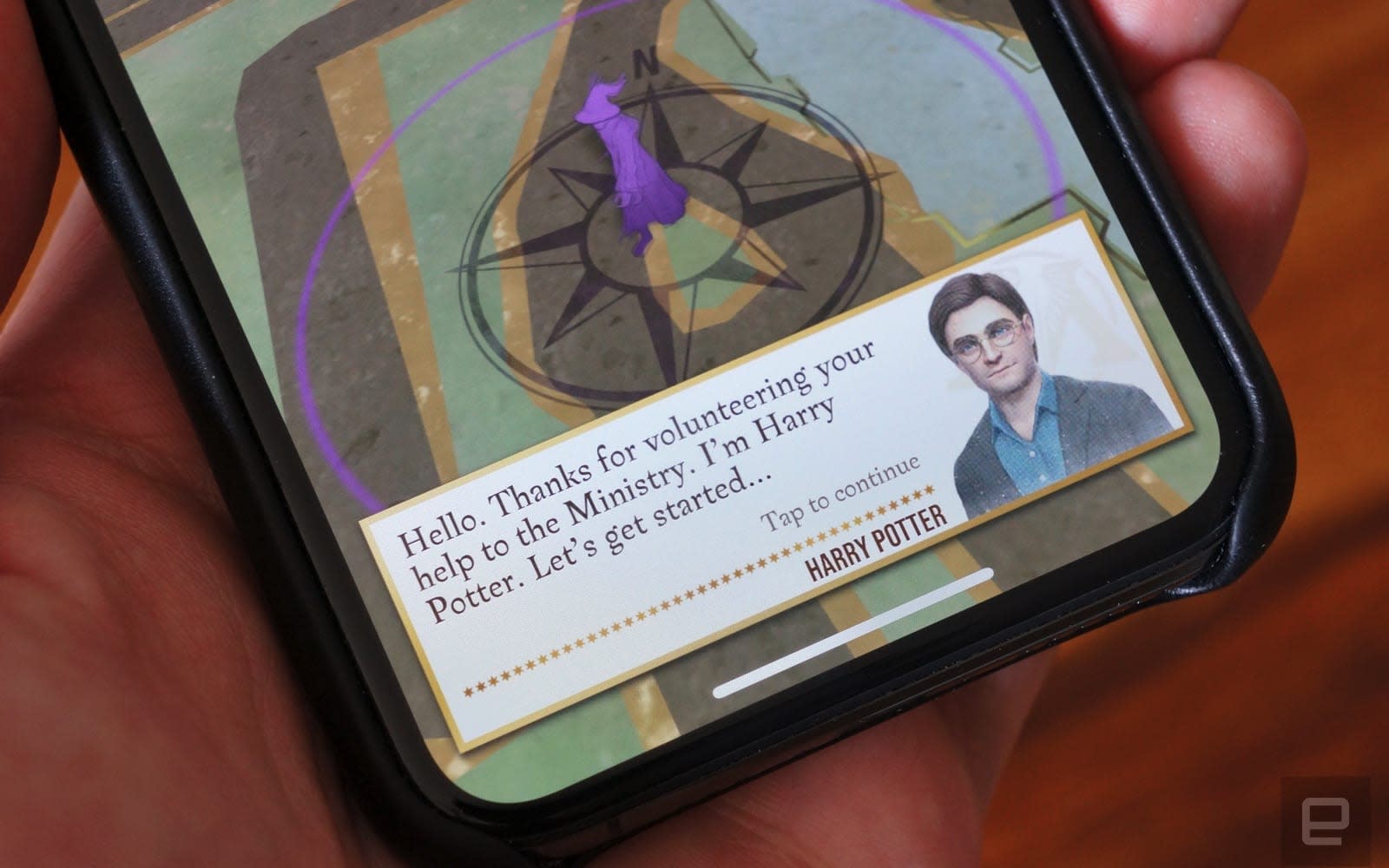 It's no secret that games like Harry Potter: Wizards Unite and Pokémon Go track their users' locations. But it can be alarming to see just how much data companies like Niantic have. As part of an extensive report on how tech companies are mapping the world, Kotaku revealed that Niantic's Wizards Unite, in particular, gathered a surprising amount of data.

Kotaku looked at 25,000 location records shared with it by 10 players of Niantic games. It found that Niantic kept about three location records per minute of Wizards Unite gameplay. That was nearly twice as many records as it kept for Pokémon Go. In one case, Niantic had at least one location record taken nearly every hour of the day. In other words, it likely swept up location data even when the user was not playing.

When Kotaku brought this up to Niantic, the company blamed the non-stop data collection on a bug in the Android version. It says the bug has been fixed. All other data collection is detailed in its privacy policy, and users can request to have their data deleted.

In this article: av, bug, gaming, harry potter wizards unite, kotaku, location data, mobile, niantic, pokemon go, privacy, report, security, user data, wizards unite
All products recommended by Engadget are selected by our editorial team, independent of our parent company. Some of our stories include affiliate links. If you buy something through one of these links, we may earn an affiliate commission.