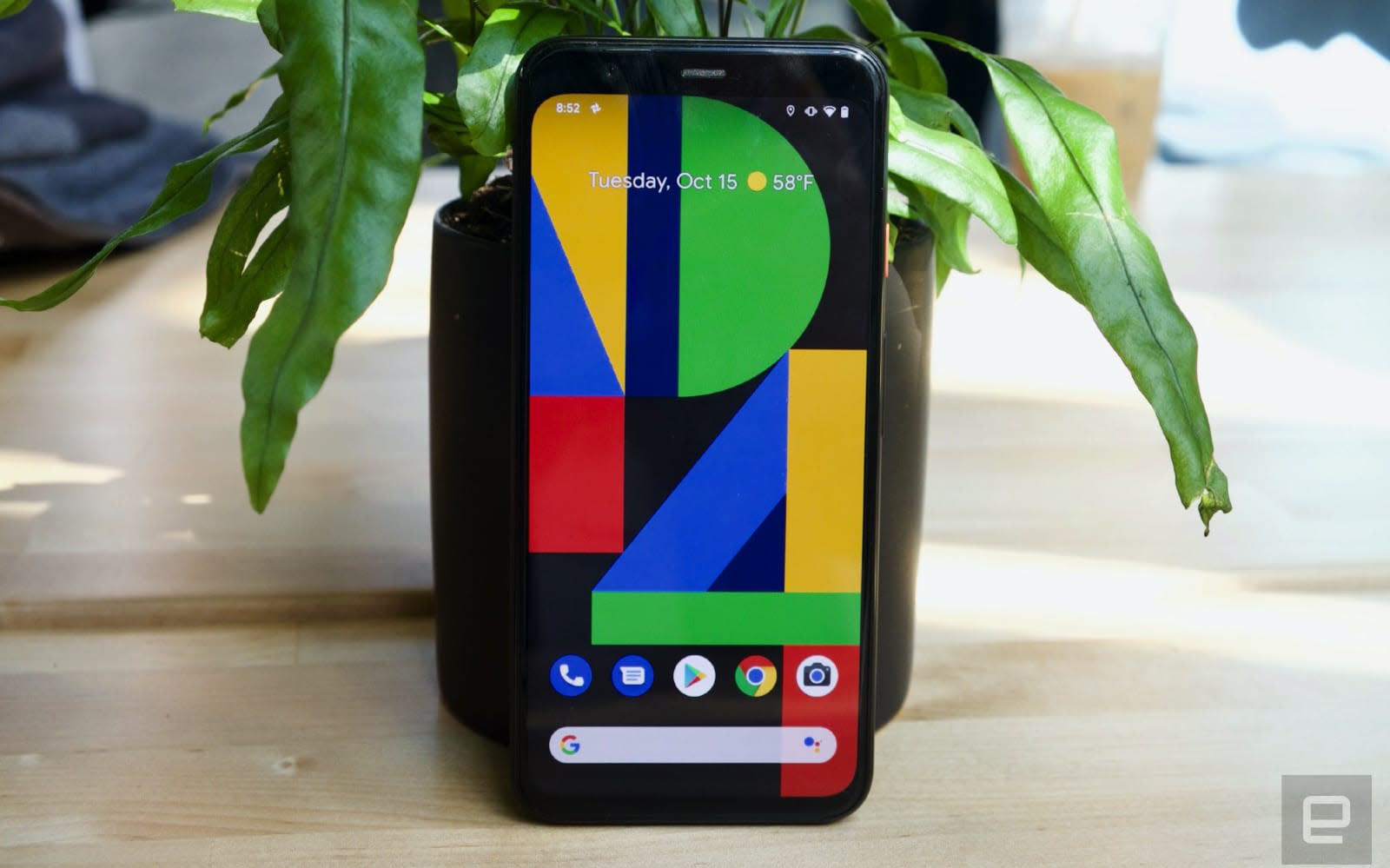 Google has been pushing its SMS-alternative Rich Communication Services (RCS) for years. And it's no secret that the roll out has been a bit of a mess. Now, in another set back, Verizon and T-Mobile will not support RCS messaging on the Pixel 4 at launch.

Both Verizon (Engadget's parent company) and T-Mobile were early supporters of Google's push for RCS. Verizon supported the standard on the Pixel 3, so it's especially odd that it won't support it on Pixel 4, at least at launch. In a tweet yesterday, Verizon confirmed that the Pixel 4 will not support RCS when it launches, but the company did not say why.

Ouch! We're so sorry to have contributed to this confusion. You are so right, the Pixel 3 (by Google) does support RCS, as does Samsung's S9. The Pixel 4 (also by Google, not Samsung 😬) will not yet be RCS supported by VZ at launch. We will let you know if anything changes! ^KAD

There's always a chance that Verizon and T-Mobile will support RCS on the Pixel 4 in the future, but neither company has confirmed that.

Hey there, Thomas. Great question! No, the new T-Mobile Pixels do not support RCS at this time. DM us with additional questions. Thanks! https://t.co/xa3Nj2eHVd ^AlishaCombs

Engadget has reached out to Google, Verizon and T-Mobile for more information.

In this article: carriers, gear, google, launch, messaging, mobile, pixel 4, rcs, support, t-mobile, verizon
All products recommended by Engadget are selected by our editorial team, independent of our parent company. Some of our stories include affiliate links. If you buy something through one of these links, we may earn an affiliate commission.