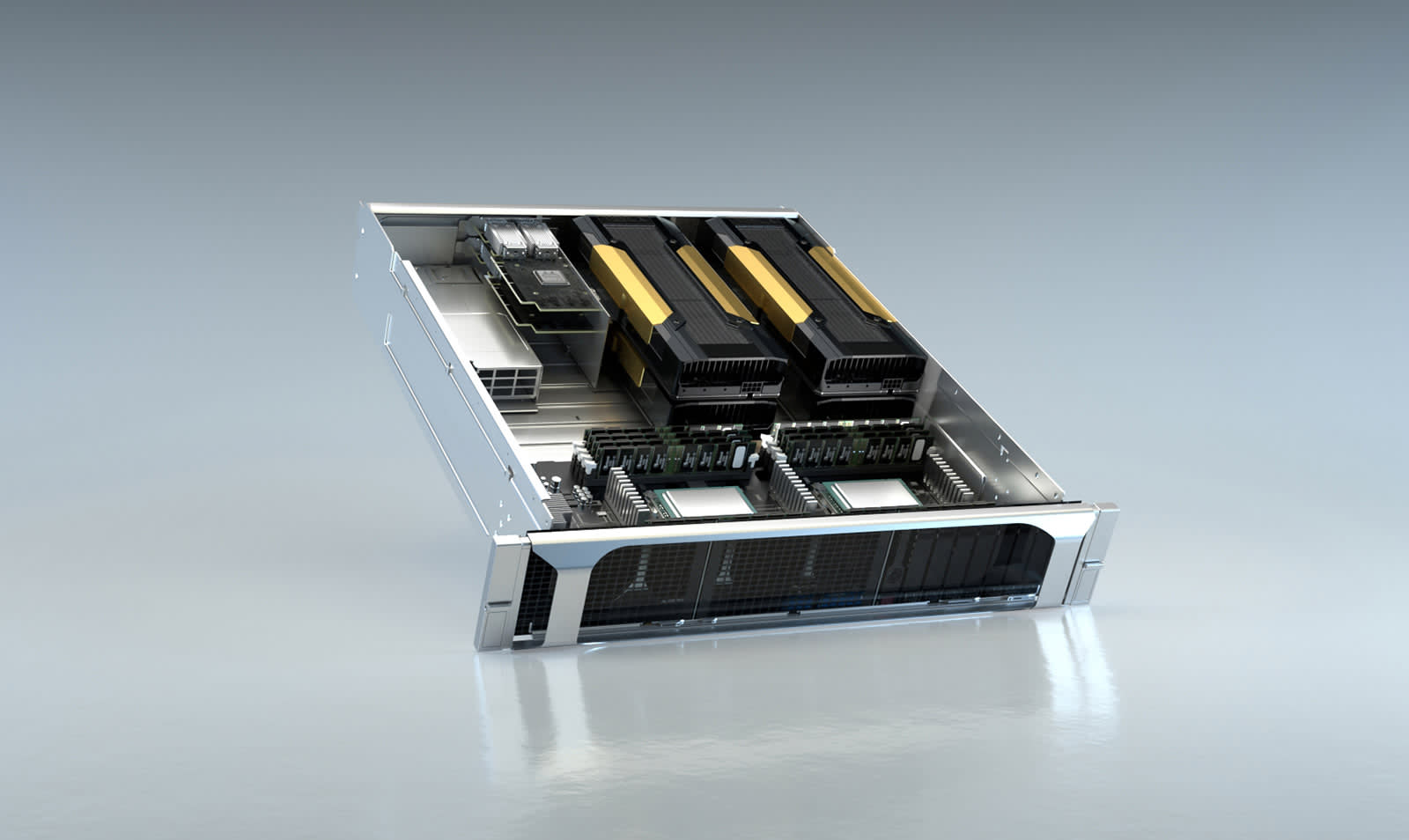 Much like Microsoft, NVIDIA is shifting big parts of its tech toward the enterprise space to rely less and less on the messy and competitive world of consumer graphics. To that end, it has unveiled the NVIDIA EGX Edge Supercomputing Platform that marries NVIDIA's CUDA-X software with certified GPU servers. The tech is supported by Microsoft on its Azure and Azure AI apps, and has been adopted by companies like Walmart, Samsung and BMW, as well as the cities of Las Vegas and San Francisco, NVIDIA said in a press release.

As an example, NVIDIA said Walmart deployed its EGX tech in its Levittown, NY retail lab to improve in-store shopping. It can apparently tell employees to retrieve shopping carts, restock produce and meat, open up checkout lanes and stock shelves. In that application, "Walmart is able to compute in real time more than 1.6 terabytes of data generated each second," NVIDIA said.

Samsung is using the app to help it design and manufacture semiconductors, while BMW is crunching data from cameras and other sensors to automate vehicle inspection. NVIDIA offers a variety of apps for the product, including NVIDIA Metropolis, used by cities to streamline traffic and pedestrian flow, among other jobs. In another application, EGX can be used to speed up 5G radio network deployments while making them more flexible with new services like AR, VR and gaming.

None of this is very consumer friendly, but you could feel the effects of it when you go about your daily business. NVIDIA said it's already being used by over 100 tech companies around the world.

In this article: AI, business, Cloud, CUDA-X, EGX, EGX Edge Superomputing Platform, gear, nvidia, Supercomputers
All products recommended by Engadget are selected by our editorial team, independent of our parent company. Some of our stories include affiliate links. If you buy something through one of these links, we may earn an affiliate commission.