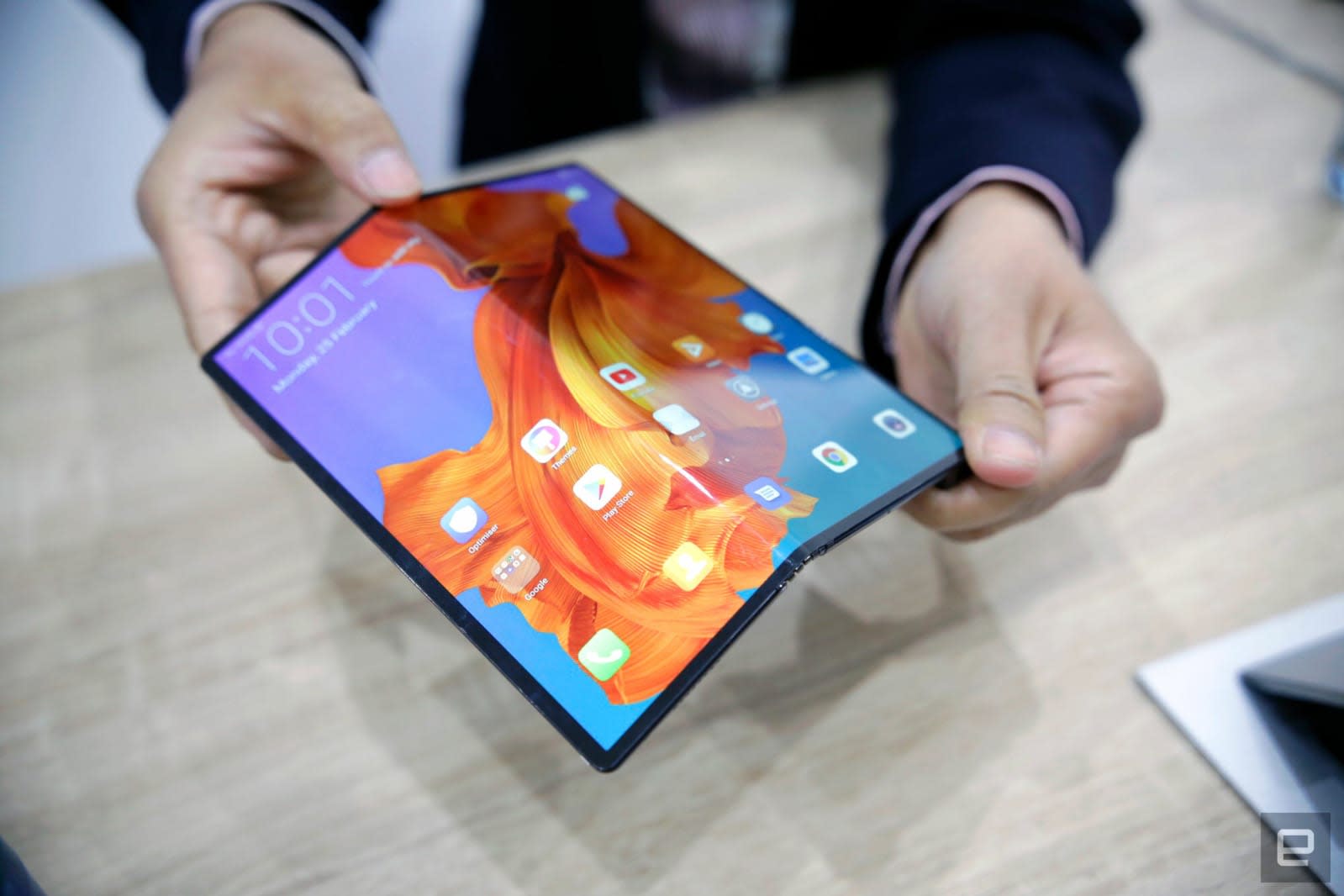 After multiple delays, Huawei's foldable Mate X is nearly ready for launch -- but only in its homeland. Huawei is launching the phone in China on November 15th for ¥16,999, or roughly $2,400. Suddenly, the Galaxy Fold seems like a bargain. You do get 5G wireless, 8GB of RAM and 512GB of storage for your trouble, although there's no Samsung-like concierge service here. There is a ¥2,699 (about $380) screen repair service, which you might just need when the fragile foldable display sits on the outside.

The company also teased that a slightly upgraded Mate Xs is due in March using a newer Kirin 990 processor (instead of the current Kirin 980) with built-in 5G support.

If and when you see the Mate X outside of China still isn't clear. Huawei told Engadget that its release strategy depends on 5G rollouts in different areas, and an international launch strategy is "under review." We'd add that US trade restrictions may also play a role. The Mate X is already a tough sell given its price and early technology, but it also won't have the option of running Google apps. That could make it a non-starter even for those would-be customers who aren't deterred by the price.

In this article: android, foldable phone, gear, huawei, mate x, mobile, smartphone
All products recommended by Engadget are selected by our editorial team, independent of our parent company. Some of our stories include affiliate links. If you buy something through one of these links, we may earn an affiliate commission.