"They really left us penniless."

Russian scientists were forced to launch a crowdfunding campaign after endangered Steppe Eagles ran up a huge data roaming bill. Equipped with SMS transmitters, they left from Southern Russia and Kazakhstan, but some went a lot farther afield than expected. One particular eagle called Min accumulated a pile of location data messages when it was off the grid in Kazakhstan. Then, it unexpectedly flew to Iran and sent them all off at 49 rubles ($.77) each, using up the team's entire tracking budget.

"They really left us penniless, we had to take out a loan to feed the tracker device," wrote Igor Karyakin of the Russian Raptors Research and Conservation Network. "These beasts were out of range in Kazakhstan all summer and once they reached the super expensive Iran and Pakistan, they are spewing out hundreds of text messages with their locations."

The scientists and volunteers at the Novosibirsk Wild Animal Rehabilitation Center are studying the migration routes of the endangered birds to identify threats to their path, so luckily, karma was in their favor. First, wireless carrier MegaFon offered to refund the roaming charges and give the team a more favorable tariff to track the eagles. Better still, they crowdfunded over 100,000 rubles ($1,600) from sympathetic bird lovers that should cover the tracking until year's end. 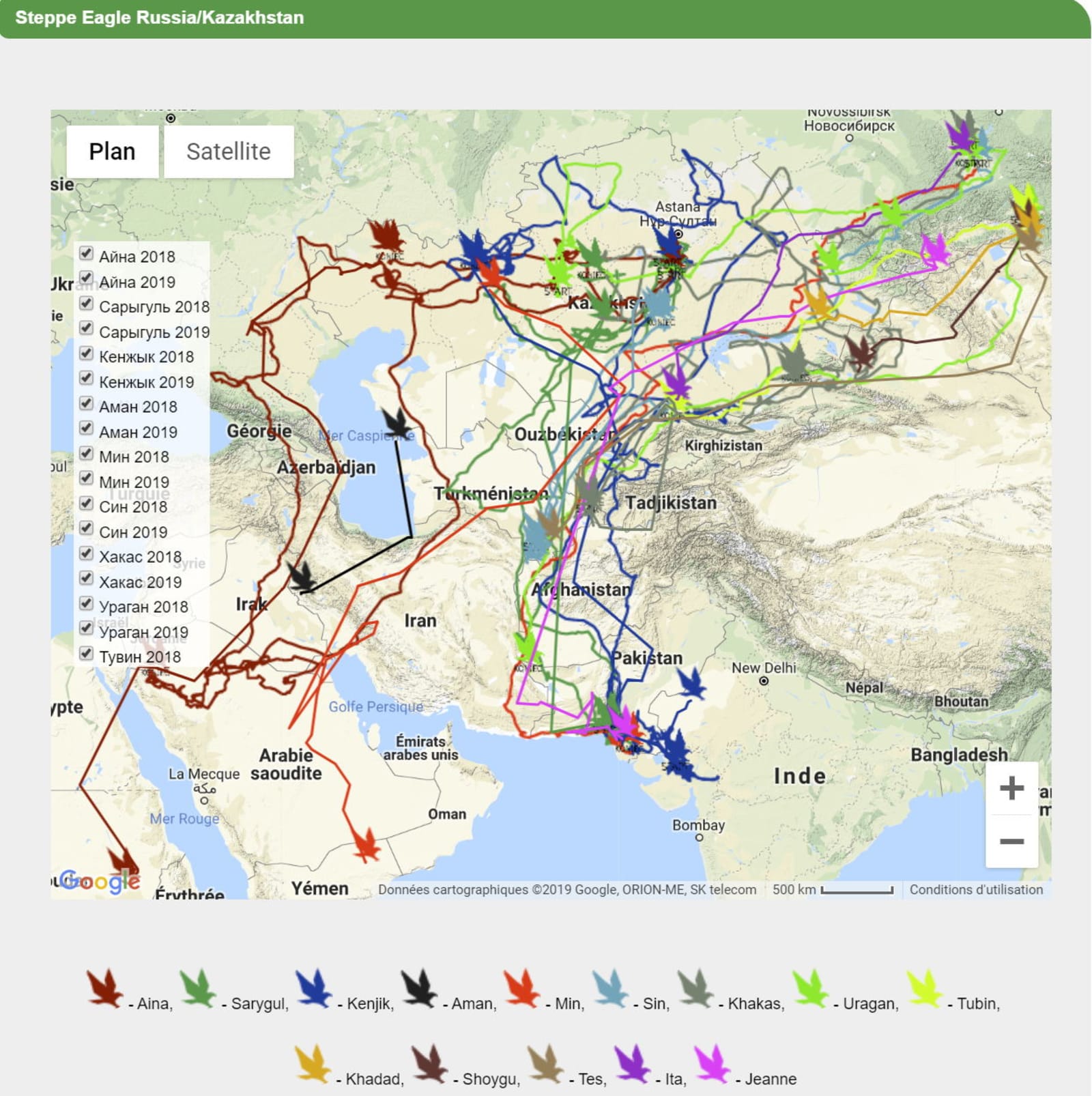 Not least, the team learned some valuable info about the birds. "Researchers foresaw [a potential message], but assumed that young eagles on pre-migratory flights would get in touch K-in Kazakhstan or Russia and send all the messages inexpensively," the team wrote. "Several eagles managed to rush south, passing all the large settlements of Kazakhstan and Russia." The result is some interesting migration data (above) from some very athletic eagles.

All products recommended by Engadget are selected by our editorial team, independent of our parent company. Some of our stories include affiliate links. If you buy something through one of these links, we may earn an affiliate commission. All prices are correct at the time of publishing.
View All Comments
Migrating eagles flew to Iran and racked up huge roaming bills
Crowdfunding
Eagles
Endangered Species
gear
green
Middle East
mobile
Research
SMS
Steppe Eagle