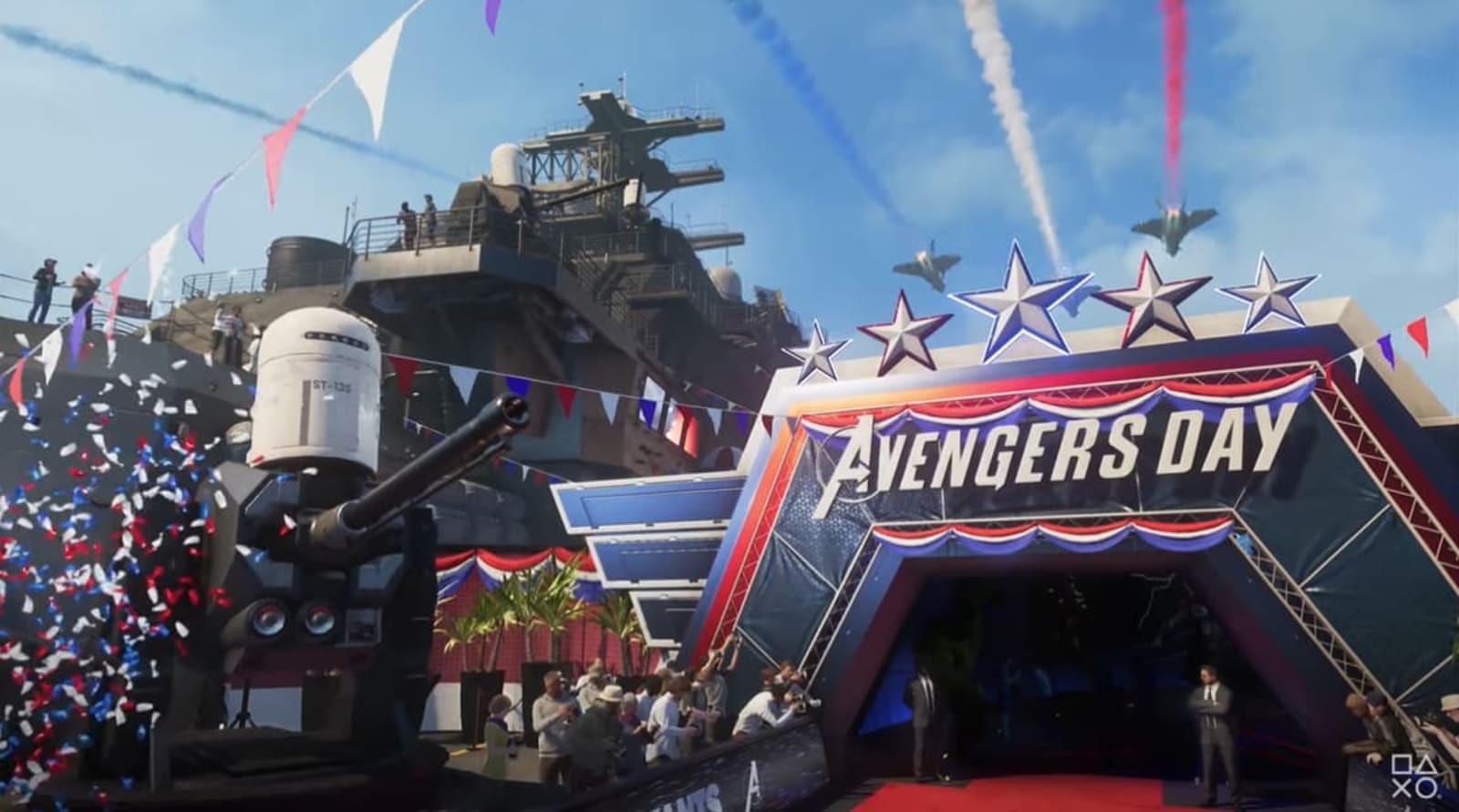 Marvel's Avengers won't arrive for another six months, but Crystal Dynamics has already offered some details on its features, including customizable abilities through skill trees, solo and co-op missions, unlockable gear and outfits. The developer has provided a look at how some of that works in practice with a gameplay trailer for the action-adventure RPG.

It gives a glimpse of the story, in which Kamala Khan (also known as Ms. Marvel) attempts to bring the Avengers back together, five years after they were blamed for an incident in which much of San Francisco was destroyed. You'll set up a base in a decommissioned helicarrier, which will be upgraded over time.

Once you've completed the opening A-Day battle that's the catalyst for the plot, you can hop straight into multiplayer if you like, though doing so might spoil some of the campaign's narrative. Your character progression will be consistent across the various modes, so you can level up whether you choose to play by yourself or with friends.

The trailer also showcases some combat and how co-op missions work. Marvel's Avengers will hit Stadia, PC, PlayStation 4 and Xbox One May 15th.

Source: PlayStation Blog
In this article: art, av, avengers, crystal dynamics, crystaldynamics, gaming, marvel, marvel's avengers, marvels avengers, marvelsavengers, rpg, square enix, squareenix
All products recommended by Engadget are selected by our editorial team, independent of our parent company. Some of our stories include affiliate links. If you buy something through one of these links, we may earn an affiliate commission.