The worst thing Google could do with Fitbit is turn it into another Motorola.

Now that Google's acquisition of Fitbit is official, the question is what the search giant will do with it. When the news broke on Friday, Google's Rick Osterloh said the company sees the deal as an "opportunity to invest even more in Wear OS, as well as introduce Made by Google wearable devices." For the time being, then, it looks like Google plans to leverage Fitbit's expertise to another push into wearables.

Earlier this week, we speculated on some of the ways in which Google's purchase of Fitbit would be bad for wearables. However, there are a lot of things Google could learn from Fitbit to make Wear OS a compelling platform. The important thing here is that Google doesn't do what it has seemingly done in every other situation like this, which is to change its mind after only a short while. 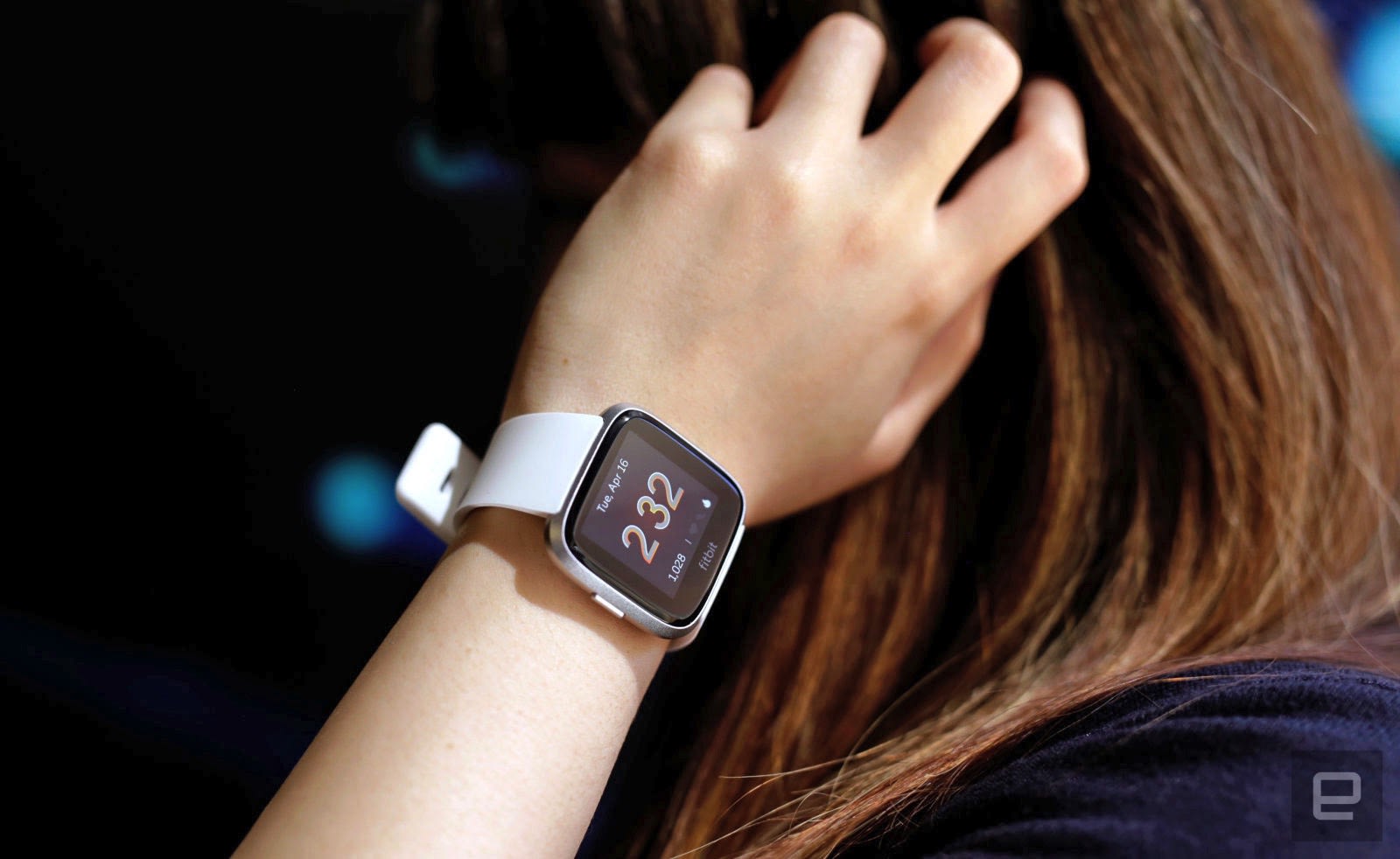 It's fair to say that Wear OS is already a competent smartwatch platform. What it lacks is a strong fitness component. There's a lot Google could learn from Fitbit here. To start, the most important lesson is to make the experience fun. For a lot of people, working out is a chore. What Fitbit has always done well is add a sense of whimsy to something as mundane as walking 10,000 steps a day. Anytime you finish your step goal or walk after a long period of sitting, Fitbit makes it a cause for celebration with splashy graphics and words of encouragement.

Robust heart rate tracking is a must

If the first new wearable Google releases doesn't feature Fitbit's PurePulse heart rate tracking technology, then the acquisition will have been a missed opportunity. More so than any other hardware feature, PurePulse is the reason to buy a Fitbit wearable. After some initial foibles, the feature feels both consistent and accurate. Moreover, one of the smartest things Fitbit has done in the last few years is make the tech more affordable. What used to be a feature limited to the company's more expensive trackers is now something you can get on the $100 Inspire HR. Reliable heart rate tracking should be a standard feature on Wear OS devices, not a nice add-on.

There's a lot of ways in which Fitbit's PurePulse heart rate tracking could make Wear OS a more compelling platform. One example is Fitbit's Cardio Fitness Score feature, which leverages the company's heart rate tracking to provide you with an easy to understand way to improve your fitness level. Heart rate tracking should be at the center of any attempt Google makes to try and create a compelling fitness platform because it would allow the company to most directly match the Apple Watch's more advanced fitness features.

Fitbit is more than just Fitbit 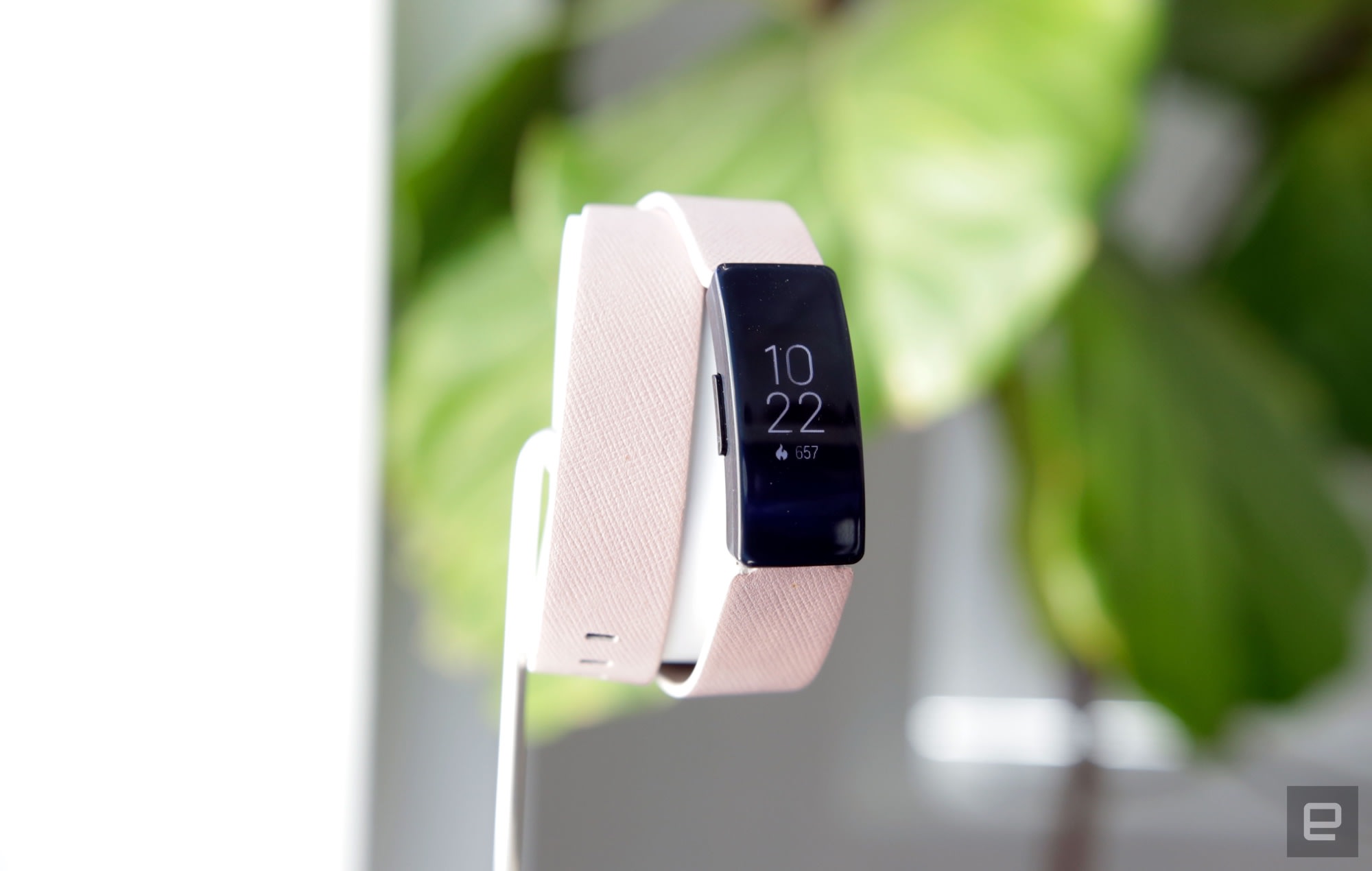 In 2016, Fitbit purchased smartwatch startup Pebble's talent and intellectual property. It's hard to say what came out of that purchase other than the Fitbit App Gallery, which was created with help from some of the talent Fitbit acquired in the deal. The fact Fitbit seemingly never did more with Pebble's tech seemed a missed opportunity. Pebble had a lot of interesting ideas about how smartwatches could complement a smartphone, particularly as it relates to notifications and user interface.

In addition to Pebble, through Fitbit, Google has also acquired talent and technology from Vector, Coin, Fitstar and Twine Health. Between Friday's acquisition and its Fossil purchase earlier this year, the company now has a wealth of talent in the field. It should leverage that talent in a way that allows the company to improve the ecosystem with better software, hardware and features. 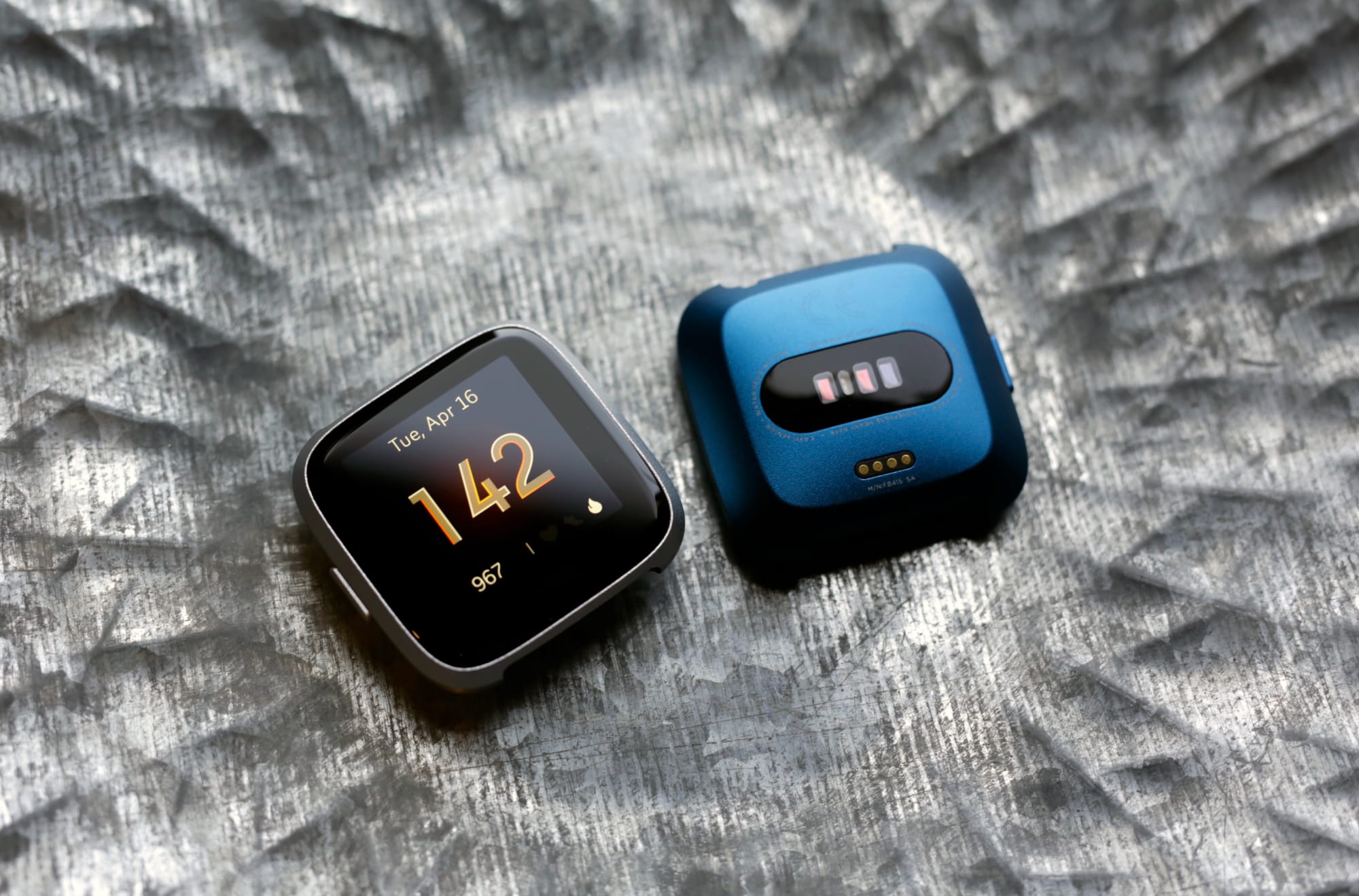 One area where Fitbit trackers have always excelled is battery life. Even taking advantage of features like heart rate and sleep tracking, you can still get close to a week of battery life on most Fitbits. And battery life is an obvious area where Wear OS can improve.

But Google shouldn't only focus on the battery life of its smartwatches. If you've used a Fitbit in conjunction with an Android phone -- particularly one of Google's Pixel smartphones -- you'll know that they absolutely destroy your phone's battery. The same is not true with iOS devices. If wearables are going to be a major aspect of Google's Android strategy moving forward, then Bluetooth performance needs to be as good or better than it is on iOS. Likewise, Bluetooth performance and battery life can't be an afterthought on Pixel smartphones. Part of the problem with a lot of wearables is that they're a burden on the most important device in people's lives, that's something Fitbit has, for the most part, been able to avoid. 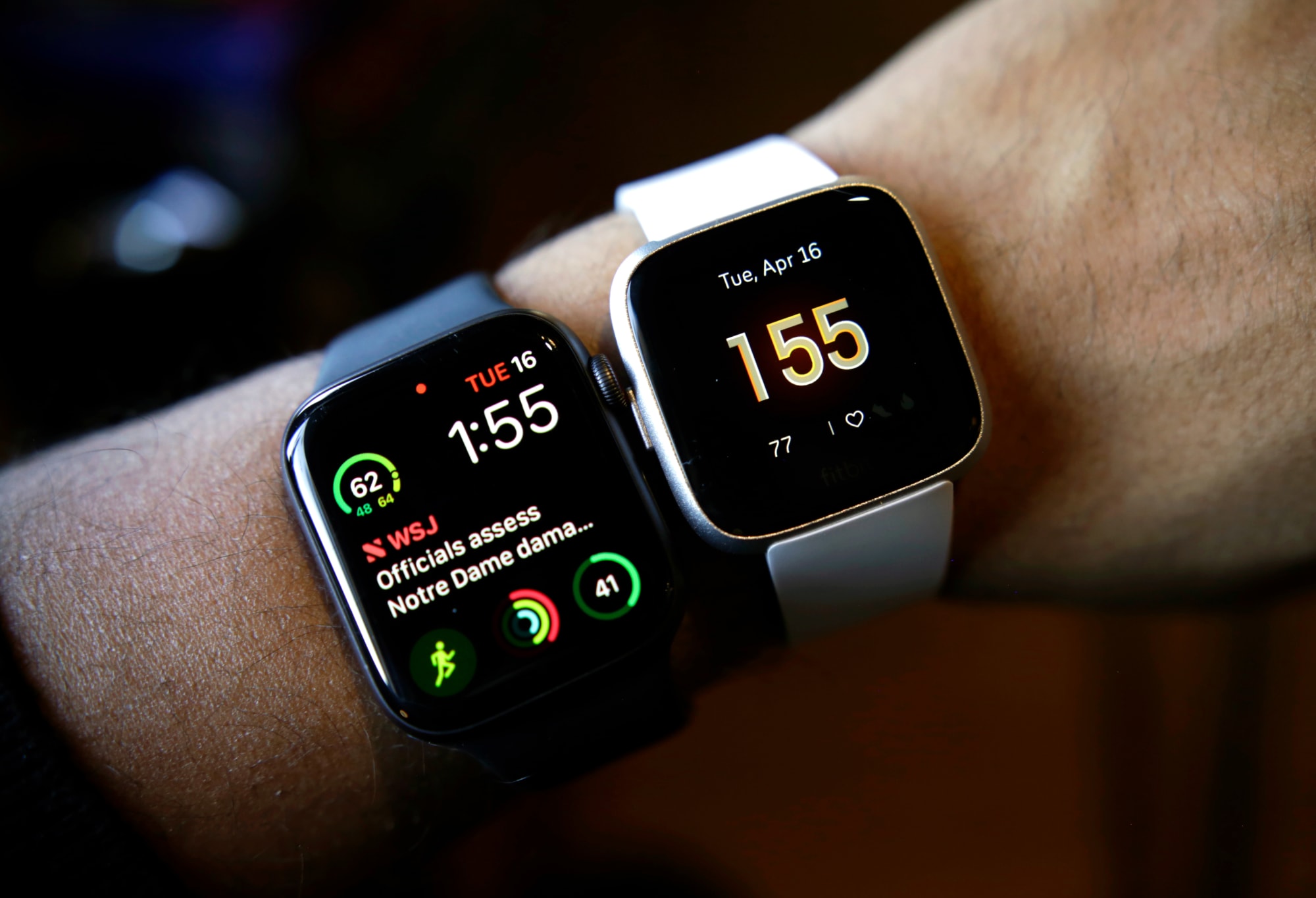 One of the underestimated strengths of Fitbit's platform is its social hooks. If you've ever bought one of the company's trackers for a family member, then you'll know how much your parent or sibling seeing your daily stats can motivate them to reach their own goals. Fitbit wisely built a lot of functionality that encourages people to engage in healthy competition.

For example, one of the things you can do in the Fitbit app is take part in something called Adventure Races. These essentially see you doing the digital equivalent of a tough mountain hike. Along the way, you can see how you're doing against your friends and family members. They can be easy to overlook, but more so than any feature Fitbit offers on its trackers, it's the social ones that keep people hooked. Studies have found that fitness trackers can help people with their physical health, but the main issue is that most people stop using their devices a couple of months after buying them. By making the experience social, Fitbit has been able to turn some users into dedicated fans. That's something Google shouldn't underestimate.

More than anything, what Google needs to learn from Fitbit is that Wear OS doesn't need to be everything to everyone. The reason so many people love their Fitbits is that they do one thing and they do it exceptionally well. Apple eventually came to the same realization with watchOS. It was only after the company stopped trying to create the "next big thing" and focused on how the platform could help people with their health and fitness goals that the Apple Watch became more compelling. A similar focus is essential for Wear OS if it's to have any chance at denting Apple's hold on the wearables market.

All products recommended by Engadget are selected by our editorial team, independent of our parent company. Some of our stories include affiliate links. If you buy something through one of these links, we may earn an affiliate commission. All prices are correct at the time of publishing.
View All Comments
Here's how Fitbit can help fix Wear OS
Apple Watch
business
Fitbit
gear
google
PurePulse
watchOS
wearables
WearOS