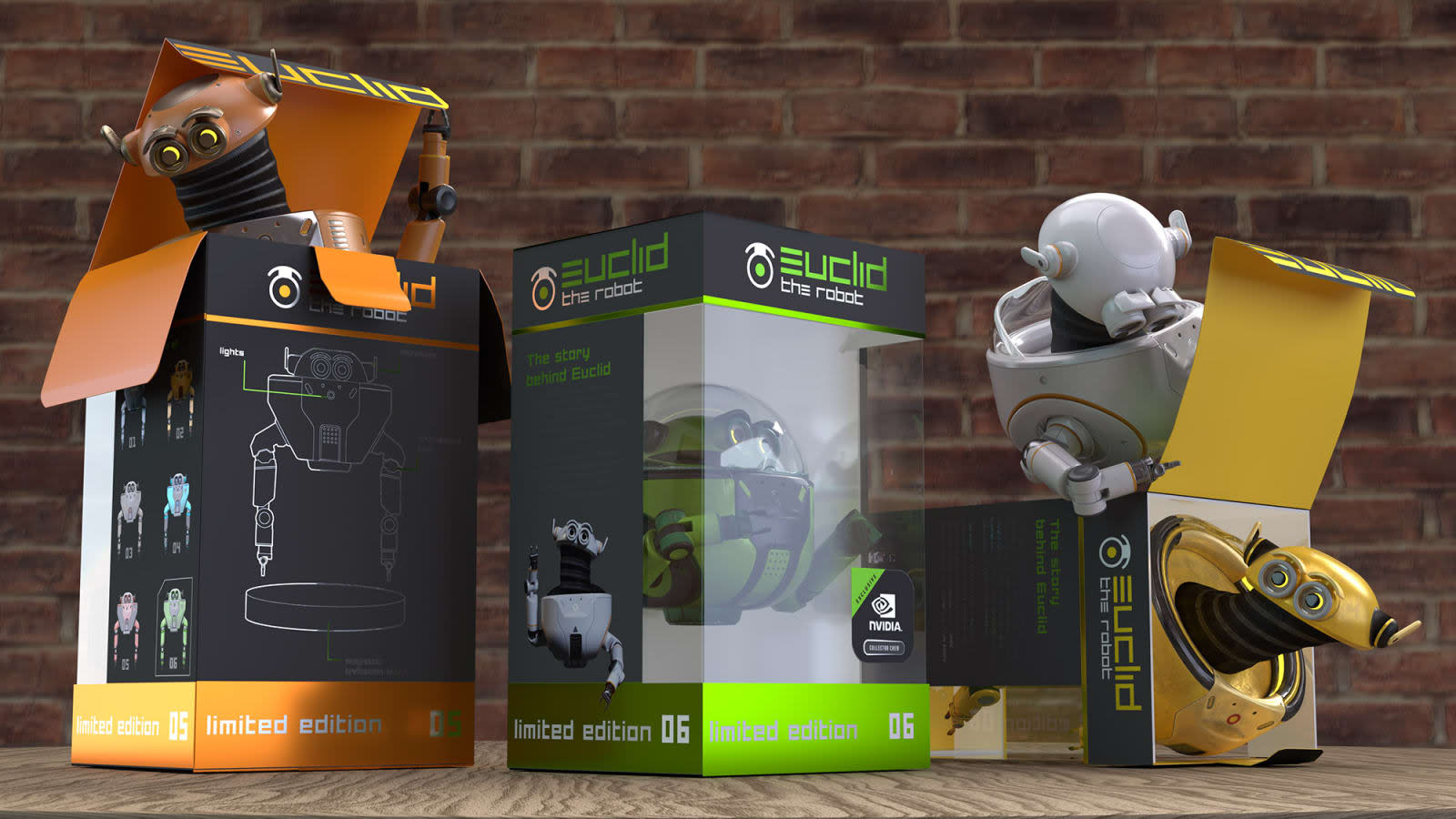 NVIDIA has unveiled a new RTX GPU features that will accelerate a new AI feature in Premiere Pro and speed up Adobe's 3D apps, Dimension and Substance Alchemist. As Adobe just announced, Premiere has a new feature called Auto Reframe that can analyze content in a regular, 16x9 horizontal video and automatically convert it to a vertical smartphone format. That process can take a long time, but NVIDIA said it will go 400 percent faster on NVIDIA RTX GPUs compared to just using the CPU.

As it does with games, RTX GPUs will also allow Adobe Dimension users to speed up rendering of 3D environments (an example is shown above) that use dynamic lighting, reflections and soft shadows. "We're also adding interactive ray tracing that will enable artists to render fantastic 3D photorealistic scenes that take their environments to the next level," said ADobe's 3D and AR director of engineering, Ross McKegney.

The RTX tricks will also speed up the latest version of Adobe's Substance Alchemist, a tool that helps artists create realistic textures for 3D objects. That app will take advantage of AI deep learning built into RTX GPUs, NVIDIA notes. "Material creation that used to take an artist hours of painstaking masking and editing to remove lighting can now be done by AI in seconds," according to Adobe.

In this article: Adobe, Adobe Max 2019, AI, CreativeCloud, design, gear, GPU, nvidia, RTX, Stdio Driver, video
All products recommended by Engadget are selected by our editorial team, independent of our parent company. Some of our stories include affiliate links. If you buy something through one of these links, we may earn an affiliate commission.