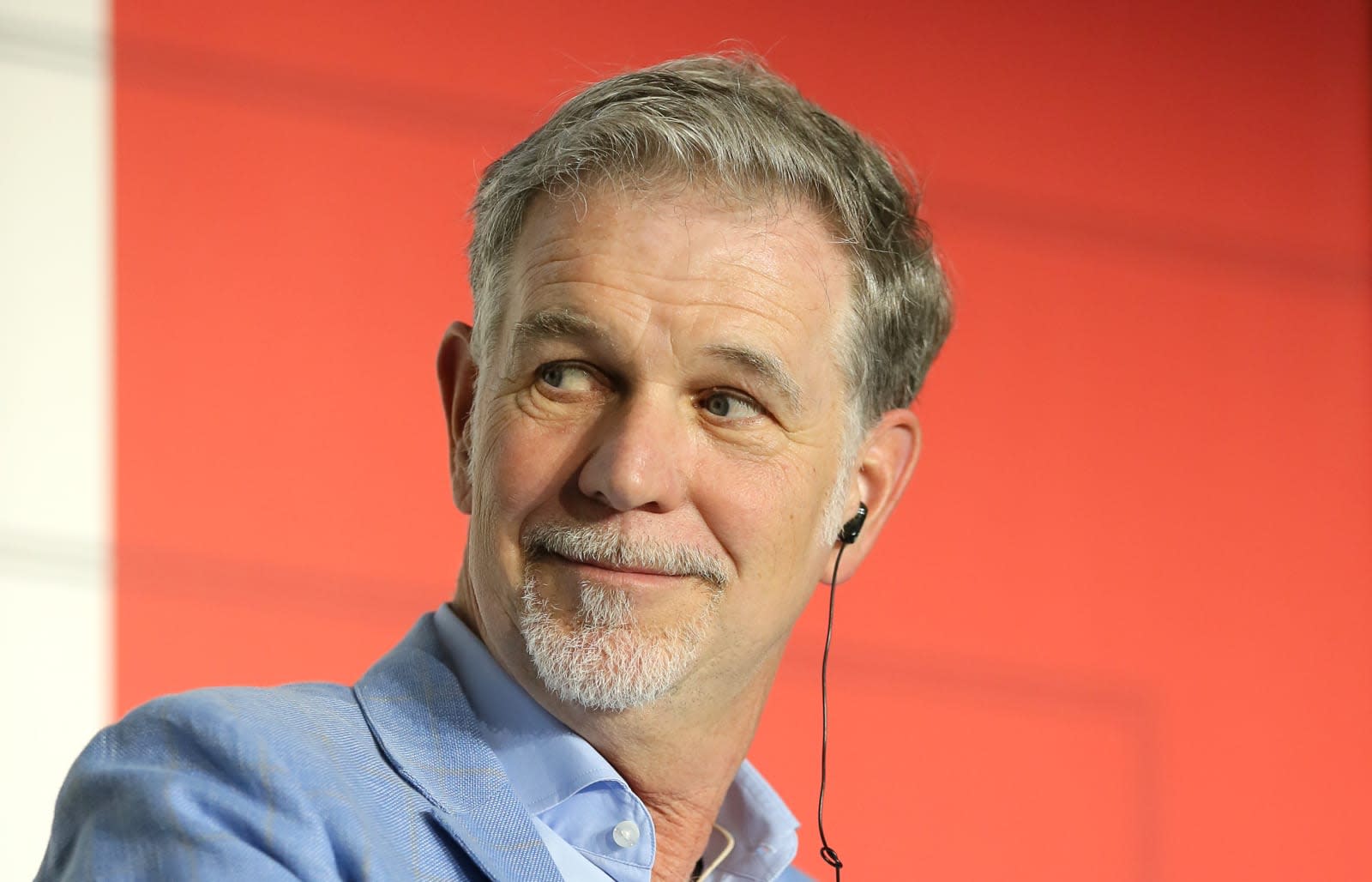 Netflix founder and CEO Reed Hastings doesn't have any beef with other streaming services, and is actually planning on subscribing to Disney+ when it launches. These are just some of the insights he shared at the New York Times' DealBook conference on Wednesday.

Speaking on a wide range of topics, Hastings said he was confident in Netflix's position in the market, despite a new wave of competition from the likes of Apple and Disney. He noted that it was unrealistic to expect consumers to subscribe to just one service, and that the real numbers aren't in subscription figures, but in the amount of time people spend with each provider. "The real measurement will be time," he told moderator Andrew Ross Sorkin. "How do consumers vote with their evenings?"

Nonetheless, he recognizes Netflix can't rest on its laurels, and in the face of deep-pocketed rivals says the company plans on "taking spend up quite a bit." Indeed, it's looking at a projected $15 billion in content costs for 2019 on a gross-cash basis, and last month raised another $2.2 billion in debt financing. Still, Hastings says that in-service advertising remains off the table. "We're very comfortable doing no ads, like Disney Plus, and we're going to compete on that basis," he said.

He was also asked about theatrical releases -- another hot topic in the world of streaming. While the likes of Amazon is happy to pursue movies with the end goal of getting them on its platform, theatrical releases don't appear to be a major goal for the company. He acknowledged that Netflix "isn't doing the very biggest movies" and hinted that there could be projects in the pipeline, but added that "We're not in the business of theaters. We're in the business of pleasing our members."

In this article: amazon, apple, av, business, content, Disney, entertainment, Hulu, movies, Netflix, Prime, Reed Hastings, services, streaming, subscription
All products recommended by Engadget are selected by our editorial team, independent of our parent company. Some of our stories include affiliate links. If you buy something through one of these links, we may earn an affiliate commission.