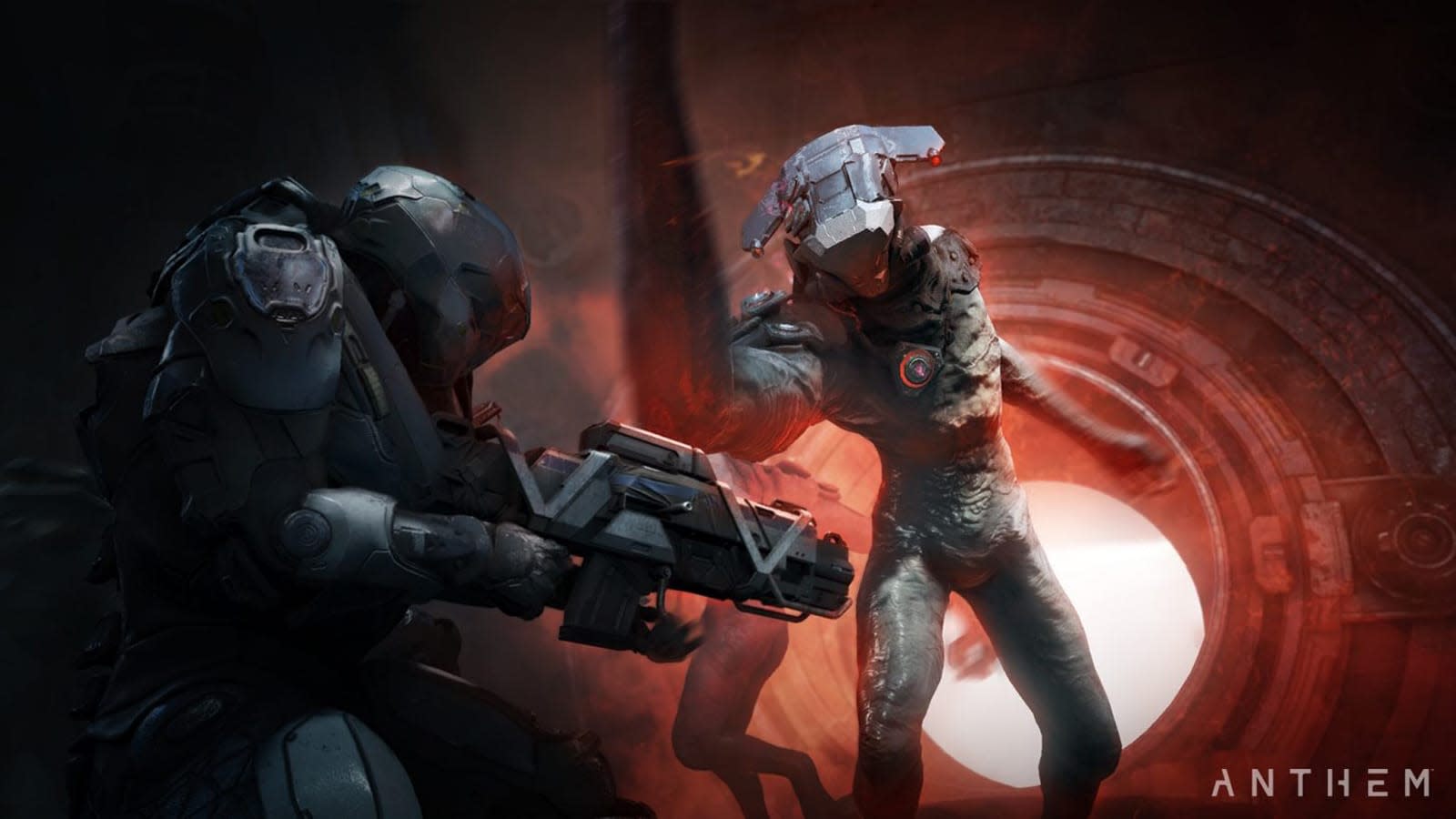 There's no question that BioWare has struggled with Anthem between bugs and basic mechanics, and has made significant gameplay changes in a bid to keep its shared world shooter alive. However, the developer might soon resort to more drastic measures. Kotaku sources say BioWare and EA are readying a revamp of the Destiny-like game nicknamed "Anthem 2.0" or "Anthem Next." The rethink will "drastically" change basics like mission design, looting and even the world itself. The team spent a few months simply "tearing [Anthem] down" and spent more months rebuilding the title, one tipster said.

Just how you'd get this rework isn't certain. The team is reportedly exploring a number of options, including releasing updates over time, an all-at-once release or even treating it as a brand new game. If there is a full-fledged re-release, though, you probably won't have to pay full price.

EA has declined to comment. This would be an unusual strategy for the publisher, though. It has a reputation for cutting its losses when a studio's game doesn't pan out, in some cases shutting down the studio altogether. This would be a vote of confidence in BioWare's ability to turn Anthem around make it match the hype -- or at least, give Destiny players something they'd enjoy in between seasonal events.

In this article: anthem, av, bioware, ea, games, gaming, personal computing, personalcomputing, shared world shooter, video games
All products recommended by Engadget are selected by our editorial team, independent of our parent company. Some of our stories include affiliate links. If you buy something through one of these links, we may earn an affiliate commission.