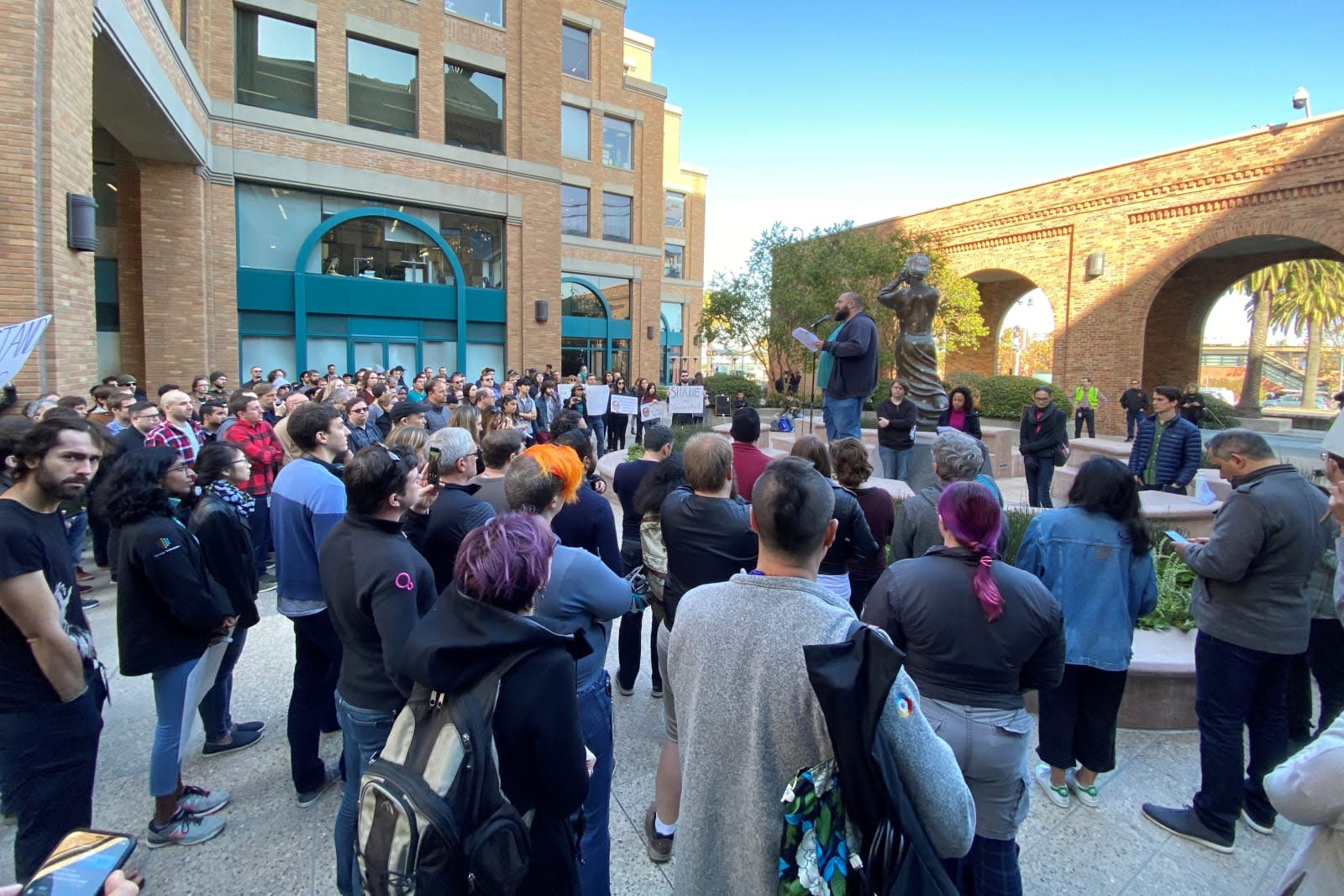 Google has fired at least one of the employees accusing it of retaliating against workplace organizers. Rebecca Rivers has confirmed that she's been fired as part of a larger move that terminated four employees. In a memo obtained by Bloomberg, the company's Security and Investigations Team claimed that the four had committed "clear and repeated violations" of data security policies, and that they hadn't just glanced at calendars or files during work as had been claimed before.

Reportedly, the four had conducted "systematic searches" for employees' materials, shared it beyond their jobs despite warnings and even set notifications for what people were doing and when, including medical appointments. This led to targeted staffers feeling "scared or unsafe," Google said. Calendar screenshots and other details reportedly found their way to people outside Google.

Rivers hasn't commented beyond her tweet confirming the firing. Google has acknowledged the memo but declined to say more.

Whatever happened, the firings are unlikely to ease high tensions between Google and its rank-and-file staff. Protesters at Google's San Francisco campus on November 23rd accused the company of using the alleged security violations (as a pretext for cracking down on organizing workers and placing them on indefinite leave. While it's not clear if the protesters were aware of the extent of the allegations at the time, this won't likely assuage their concerns that Google is retaliating against employees who speak out -- not when the firm has scaled back town meetings, hired an anti-union consultancy and dealt with past complaints about retaliation.

In this article: activism, business, data security, employment, gear, google, internet, privacy, rebecca rivers, retaliation, security
All products recommended by Engadget are selected by our editorial team, independent of our parent company. Some of our stories include affiliate links. If you buy something through one of these links, we may earn an affiliate commission.