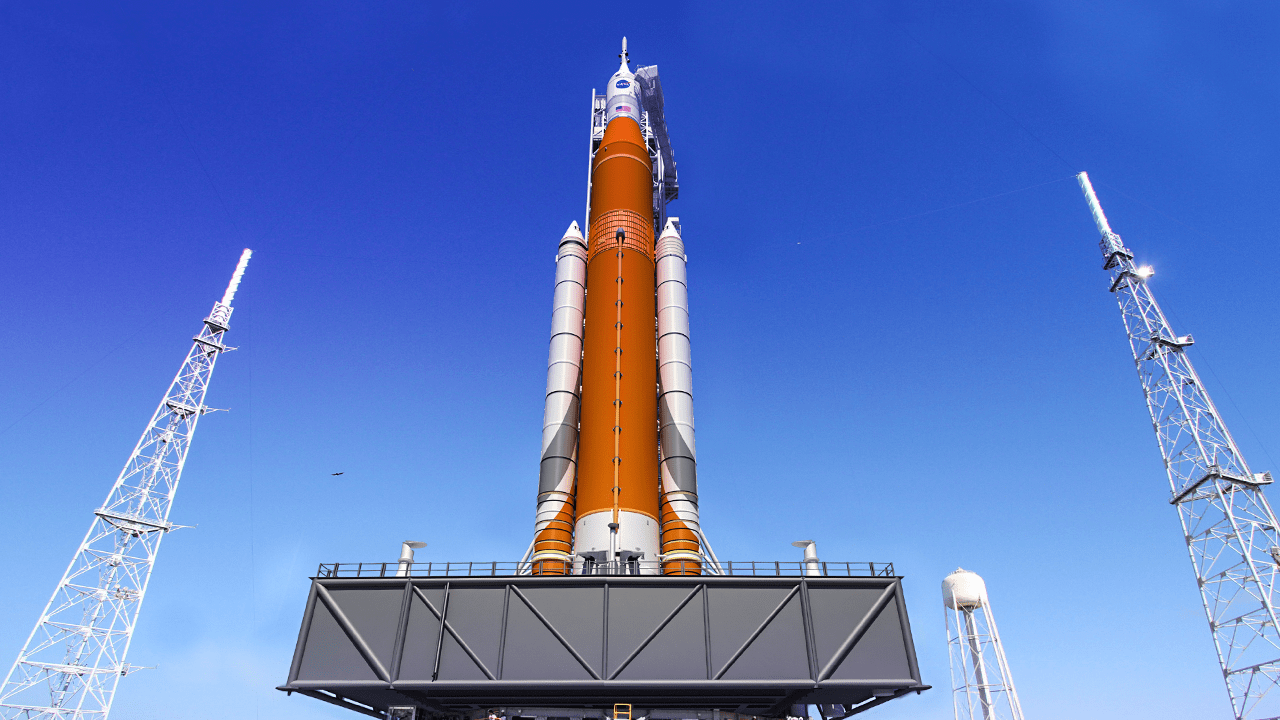 NASA's Space Launch System, or SLS, aims to carry astronauts to the moon in 2024 as part of the Artemis project. This weekend at the Michoud Assembly Facility in New Orleans, NASA Administrator Jim Bridenstine gave the public its first up-close look at the system, which he described as "the most powerful rocket ever built."

The SLS has just completed its latest round of testing. To test the fuel tank, a test rig structurally like the real SLS liquid hydrogen tank was subjected to compression, tension and bending forces and its structural integrity was measured by thousands of sensors which detected stress, pressure and temperature. NASA also used cameras and microphones to identify any buckles in the tank.

The tank was pushed to its limit and failed at the point predicted by the analysts, which is good news for the models used by NASA. With the tank passing this test, the assembly and testing of the SLS core stage is now complete.

The SLS program is running rather behind schedule, with launch originally aimed for 2019 and a possible manned first mission being considered. Now, the first test of the SLS is aimed for 2021, to be ready for the Artemis mission to the moon in 2024.

In this article: AOLoriginals, daily show, engadget, Engadget Today, engadget video, NASA, SLS, space, tomorrow, entertainment
All products recommended by Engadget are selected by our editorial team, independent of our parent company. Some of our stories include affiliate links. If you buy something through one of these links, we may earn an affiliate commission.