It's the most powerful ultraportable yet, but is it worth the price?

Razer has finally done it: The new Blade Stealth 13 features a powerful gaming GPU in a three-pound ultraportable. Typically machines this small rely on integrated graphics or weaker NVIDIA chips like the MX 150. The new Blade Stealth is the first machine at this size that can be configured with NVIDIA's GTX 1650 Max-Q GPU, allowing it to play most modern games in 1080p. Normally, you'd have to live with a laptop closer to four pounds to get that graphics card.

As you'd expect, though, that sort of power will cost you much more than a typical gaming PC. And while the GTX 1650 is faster than other ultraportables, it can't always reach a smooth 60 FPS frame rate. The Blade Stealth is clearly built for a specific type of gamer: one who wants a very light machine but still wants to play a quick match of Overwatch.

Razer didn't change much from last year's Blade Stealth on the outside. It still features an all-black aluminum case, measuring 15.3 millimeters thin. Compared to most ultraportables, which are getting more polished every year, it still looks and feels like a high-end device. Unfortunately, because of that sleek black finish, it's also a terrible fingerprint magnet. I'm serious: It's almost as if just looking at the Blade Stealth will leave marks. There's also a Mercury White version that looks pretty stylish, but unfortunately it can only be configured with Intel's integrated Iris Plus graphics. 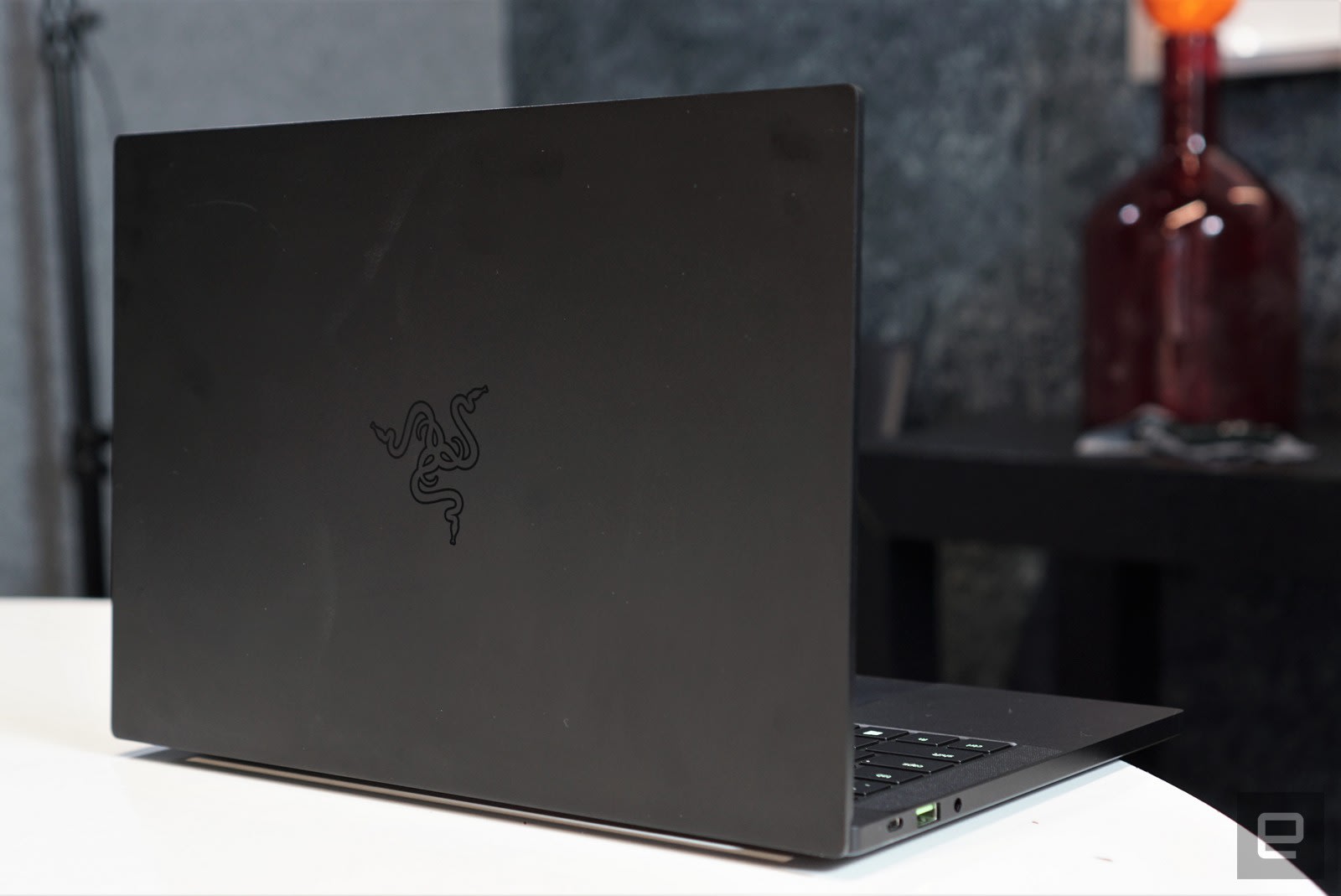 Everything interesting about the revamped Blade Stealth is under the hood: The new models feature Intel's 10th Gen Core i7-1065G7 GPU and 16GB of RAM. You'll only get a 256GB SSD on the white version, but the black GTX 1650 model comes with twice as much storage. That's a smart move by Razer: Games are getting larger every year, and it's hard to juggle large titles like Destiny 2 without 512GB of storage. As for displays, you can choose from a 1080p screen or a 4K touch-enabled panel. My usual advice stands: 4K generally isn't worth it on smaller laptops, especially when they're not powerful enough to actually run games at that resolution.

While the sheer amount of power contained in the new Blade Stealth is impressive, it clearly has limits. I was able to run Overwatch in 1080p with Epic graphic settings at a smooth 70 FPS. Performance was more unreliable in Destiny 2 though. In 1080p, I saw between 40 and 70 FPS, but in some environments the game wouldn't budge beyond 50 FPS. Clearly your mileage will vary, but it's a shame that even the GTX 1650 Max-Q can't guarantee you 60 FPS performance. And sure, anything above 30 FPS is technically playable, but I'd wager a stuttery Destiny 2 experience won't satisfy someone buying a pricey Razer laptop.

The limited game performance was easier to tolerate the more I used the Blade Stealth though. It's rare to find a notebook that I'd feel just as comfortable working on as I do gaming. But its light weight made it easy to carry around NYC -- it felt no different than the XPS 13 in my book bag. I was able to get some work done on crowded Starbucks counters without any issue, whereas I'd have to be fighting for space with most other gaming notebooks, which are usually wider and taller. I also had no trouble toting it around our office -- that's not something I'd ever consider doing with a heavier gaming laptop. It even had some decent battery life, lasting around eight hours in our benchmark. 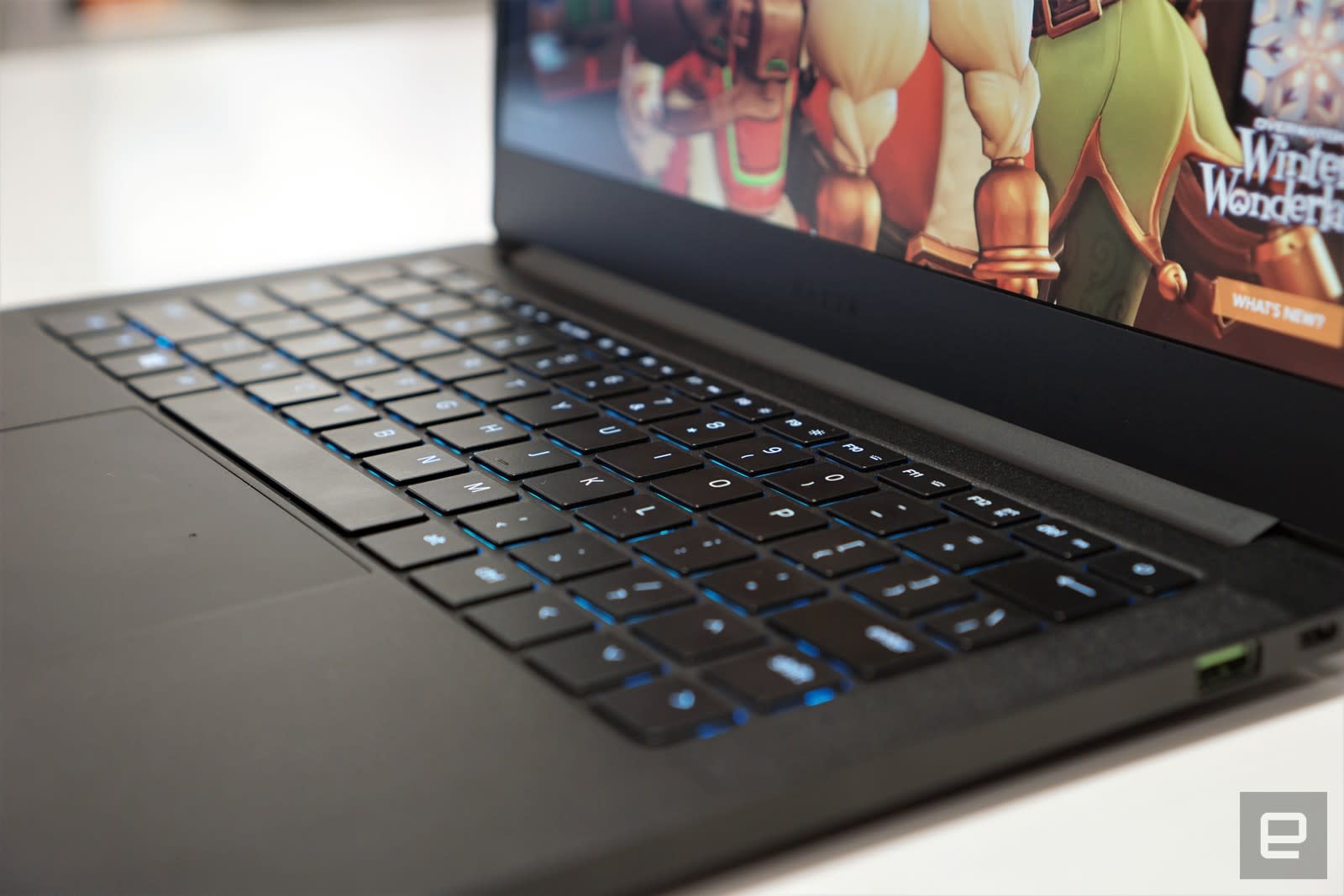 The Blade Stealth's excellent keyboard was well suited to typing and gaming alike. The keys are satisfying to type on, with a healthy amount of travel and responsiveness. The large glass trackpad also held its own against most other premium laptops. Razer also includes two Type A USB 3.1 ports for legacy devices and two USB-C ports, which can be used for data, displays and charging. There's a large 100-watt power supply in the box, though as usual for USB-C laptops, you can also charge it more slowly with weaker adapters. 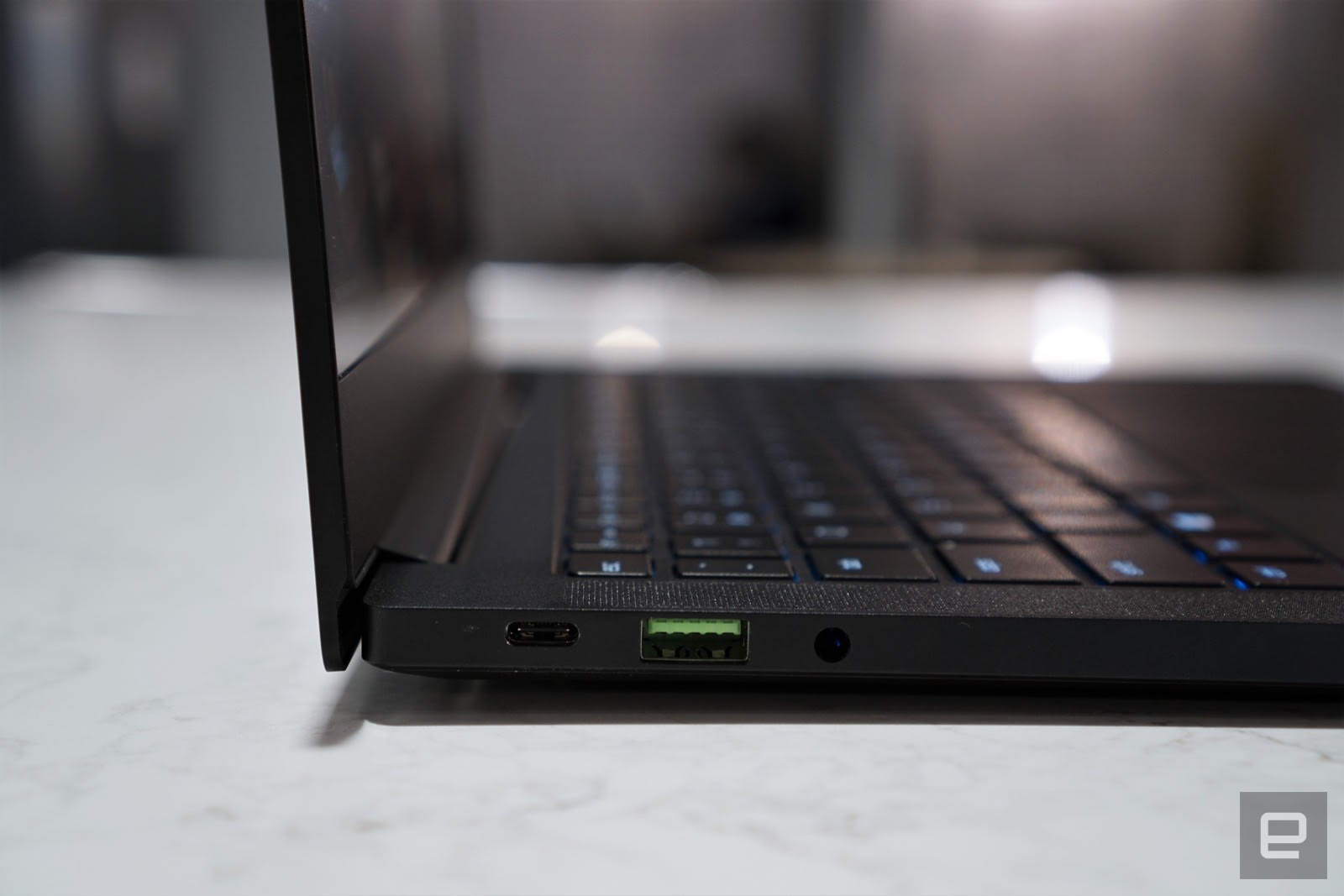 My biggest issue with the new Blade Stealth is its cost. At $1,800 for the GTX 1650 model, it's only $100 cheaper than the significantly more powerful Blade 15 with a six core Intel CPU and NVIDIA's RTX 2070 graphics. The power difference is absolutely massive, and you also get a much faster 144Hz display with the Blade 15. If I had to choose between the two, I'd definitely go for the Blade 15, even though it's heavier at 4.6 pounds. Honestly, the weight difference is even worth it to get the $1,600 Blade 15 with GTX 1660 Ti graphics, since you'll still get the beefier CPU and save some money. (One note: The prices I'm listing here for the Blade 15 are currently based on discounts at Razer's site, so there's a chance they may increase later.)

And if you're still intrigued by the idea of an ultraportable gaming notebook, it's worth looking at ASUS' ZenBook S13 ($1,400). It has a slightly slower NVIDIA GeForce MX150 GPU, but it's still enough for Overwatch and less-demanding titles. Also, it's remarkably portable at just 2.5 pounds. 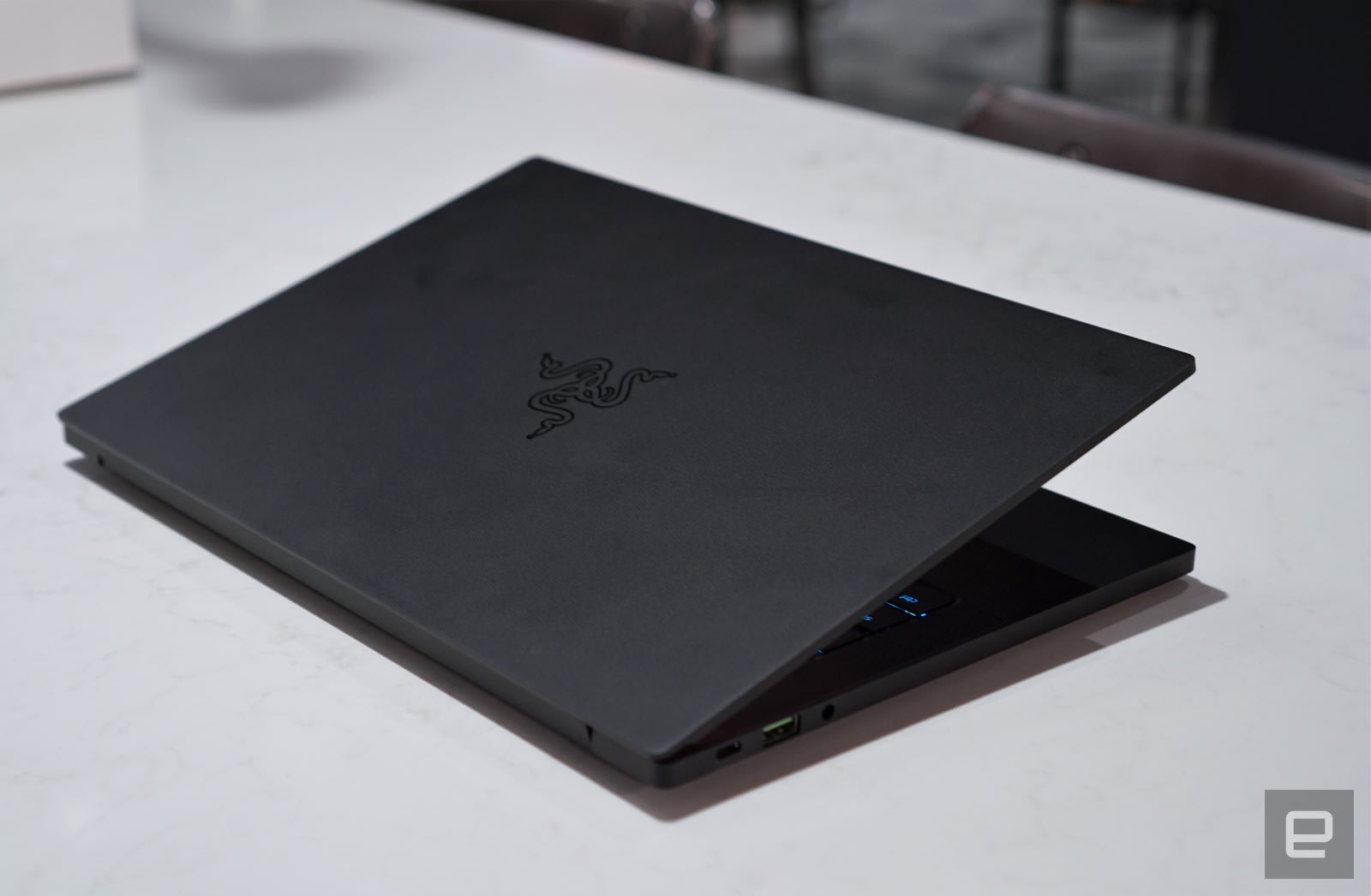 Razer has managed a feat of engineering by fitting the GTX 1650 in such a slim notebook. But I'm not sure how many gamers will actually go for the Stealth when the Blade has a lot more power to offer at a lower price.