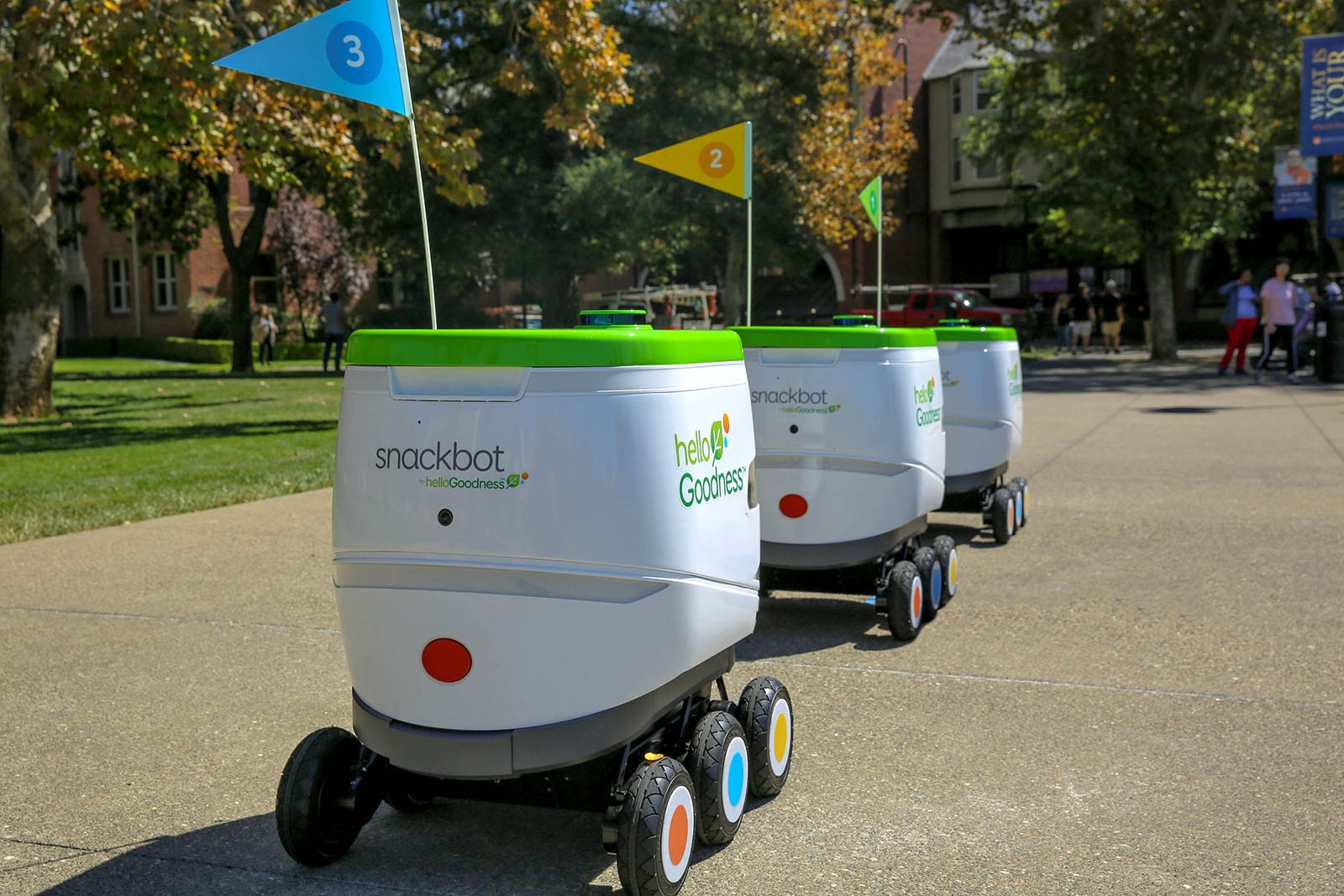 If walking to a regular vending machine seems too inconvenient, what if the vending machine came to you? PepsiCo is doing just that at the University of Pacific campus in Stockton, California with robots called "snackbots." Using a smartphone app, students can order quasi-healthy snacks like Baked Lays, Sunchips or a Starbucks Cold Brew (from PepsiCo's "Hello Goodness" vending platform), and have it delivered between 9 AM and 5 PM to one of 50 locations around the 175 acre campus.

The autonomous snackbots, built by Y-Combinator startup Robby Technologies, can travel 20 miles on a charge, and are equipped with a camera, headlights and all-wheel drive to handle rough or wet terrain. Once it arrives, you simply release the lid, grab your snacks and close it to complete the sale. The app presumably takes care of the security and dispensing end of things.

Small, sidewalk-going robots are probably the only way you're going to get autonomous deliveries in the near future. A campus, being a relatively self-contained environment, is the perfect place to try them, and the University of Pacific will serve as a test site for three to five snackbots, starting today.

PepsiCo said it is the first major food and beverage company to test autonomous snack deliveries. However, it was beaten to the punch by the KiwiBot, which has been delivering food around the UC Berkeley campus since 2017. Unfortunately, that robot famously caught fire due to a battery issue, prompting students to hold a candlelight vigil for the apparently beloved snack-bearer. Whether or not the University of Pacific's students will develop a similar attachment to the Snackbot remains to be seen.

Via: Geek.com
Source: PepsiCo
In this article: Campus, contest, Deliveries, gear, PepsiCo, RobbyTechnologies, robots, Snackbot, Students, university, UniversityofthePacific, video
All products recommended by Engadget are selected by our editorial team, independent of our parent company. Some of our stories include affiliate links. If you buy something through one of these links, we may earn an affiliate commission.