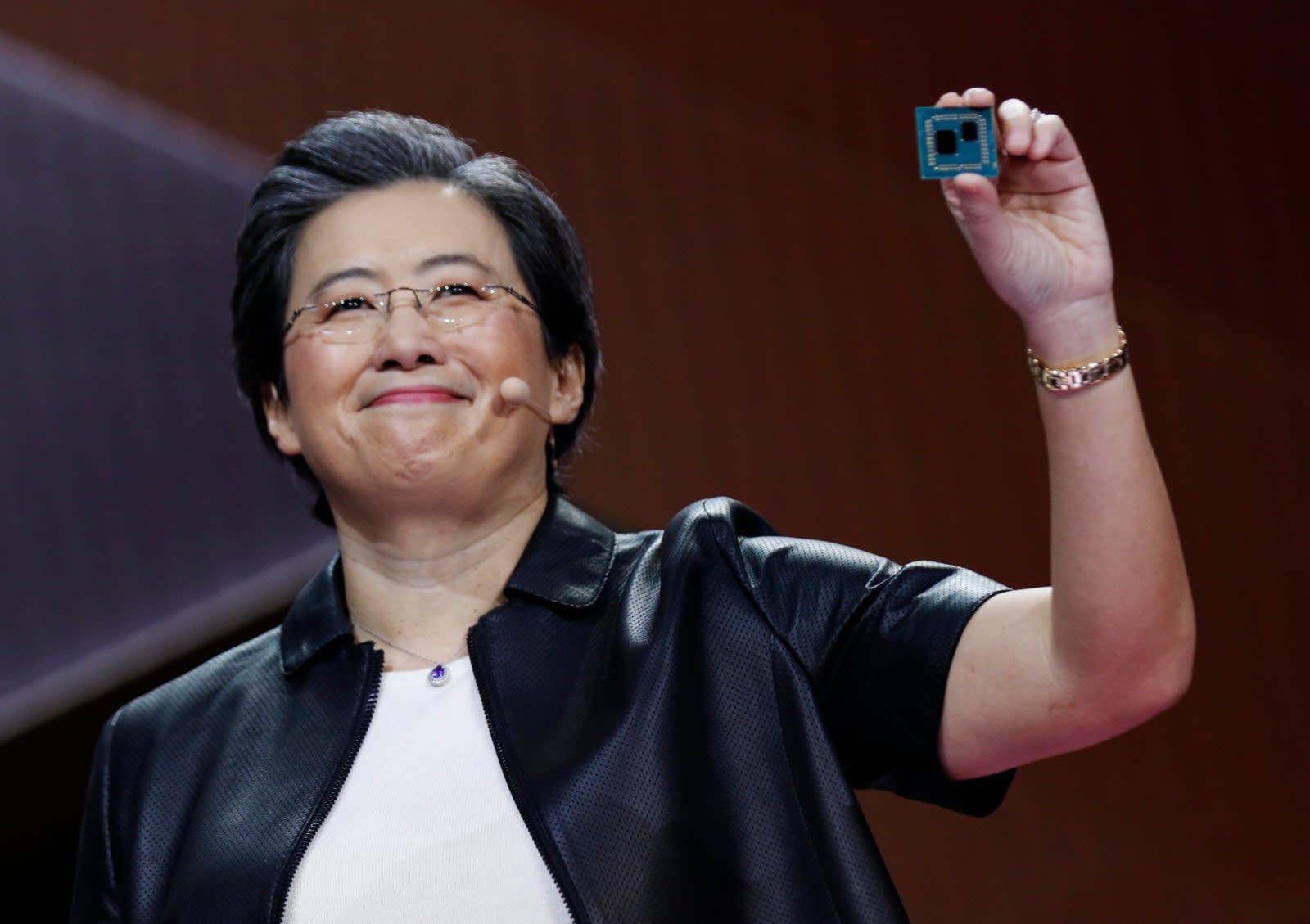 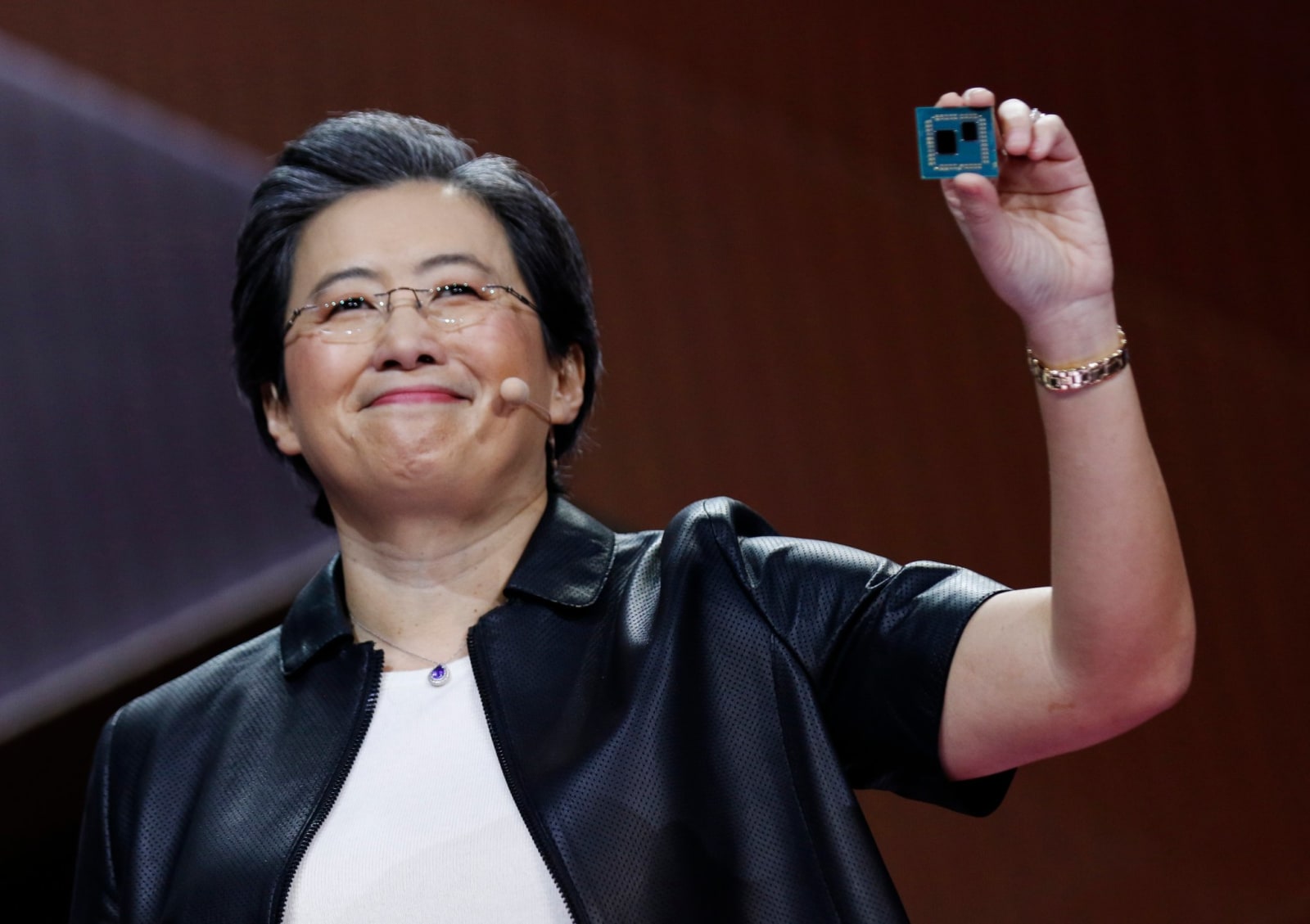 AMD announced that its much-anticipated 7-nanometer, 3rd-generation Ryzen 3 chips will start shipping in mid-2019, and talked about some of the benefits of the new design. The company ran a live Cinebench test at stock frequencies against Intel's latest 8th-generation Core i9-9900K chip to show that it would draw about 30 percent less power, while edging it in performance. "Now you really see the power of 7-nanometer technology and what being aggressive with technology does," said AMD CEO Lisa Su.

To be fair, the i9-9900K is one of Intel's most powerful, and power-hungry desktop chips, and AMD's chips have yet to ship -- so it's not close to a real-world test. However, it does show that AMD means to compete head-to-head with Intel's best chips, and the lower power draw is certainly a big advantage.

Su also showed the CPU itself, and discussed how it was different from any other AMD chips you may have seen. It consists of a larger and a smaller die, with the smaller die actually containing the eight 7-nanometer cores (with 16 threads), and the larger die being the input/output module. That allowed the company to make the chip compatible with current AM4 motherboards, so to upgrade, you'll just need to swap out the chip.

Otherwise, there was no news on price, which models you'll be able to buy and the exact shipping date. However, AMD was clearly eager to get PC buyers excited about the tech and generally throw down a gauntlet to Intel.

Source: AMD (YouTube)
In this article: 3rd-generation, AMD, av, gaming, personal computing, personalcomputing, Ryzen
All products recommended by Engadget are selected by our editorial team, independent of our parent company. Some of our stories include affiliate links. If you buy something through one of these links, we may earn an affiliate commission.