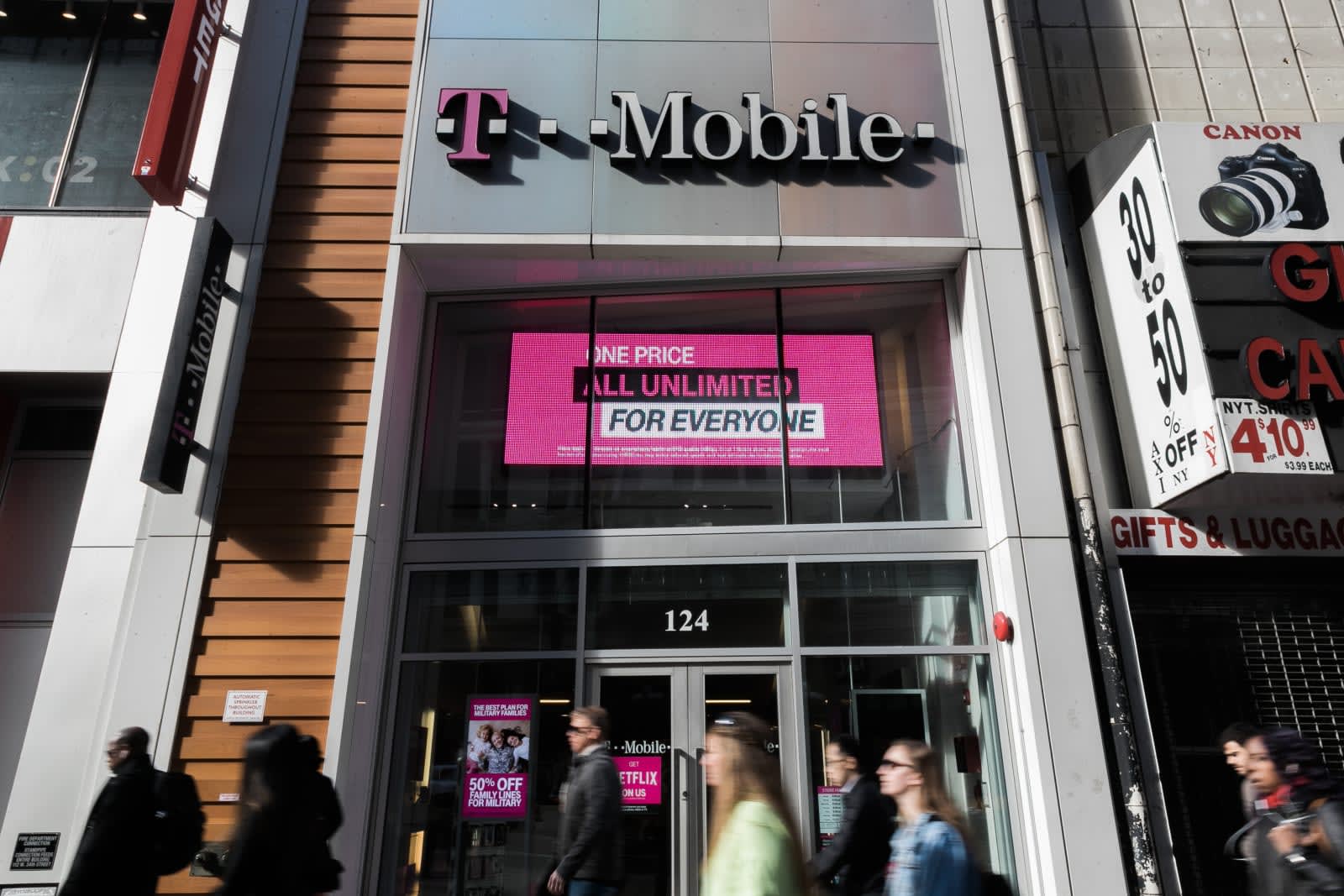 No, T-Mobile hasn't stopped bragging about how well it's doing. The magenta network offered a peek at what it called its "best quarter ever" for customer additions, noting that it had racked up a record 2.4 million total net additions in the fourth quarter of 2018. About 1 million of those were regular (postpaid) phone subscribers, which represented the best performance in the past four years. There were 79.7 million customers on the carrier by the end of 2018.

The carrier is still small next to its bigger rivals, although it might not be complaining. AT&T and Engadget's parent company Verizon each had over 150 million total wireless users (this includes non-phone connected devices), but their growth hasn't been stellar. AT&T added 550,000 phone customers in the third quarter, and only 69,000 of those were postpaid. Verizon fared better, but its 515,000 additions were still roughly half as large as T-Mobile's. To put it another way: T-Mobile is catching up, even if taking the top spot remains a pipe dream.

It won't surprise you to hear that T-Mobile credits the growth to its ongoing strategy. It touts aggressive pricing for unlimited plans, 'freebies' like Netflix and its more recent customer service overhaul. People are both more tempted to jump from rival carriers and more likely to stick around once they've made the switch.

With that said, the results preview is partly about putting on a brave face in light of a painful situation. The US government shutdown is stalling T-Mobile's already troubled merger with Sprint, and it's pushing back its promised TV service. While the provider's core business is doing well, it has plenty of headaches in other areas.

Source: T-Mobile
In this article: gear, mobile, t-mobile, verizon
All products recommended by Engadget are selected by our editorial team, independent of our parent company. Some of our stories include affiliate links. If you buy something through one of these links, we may earn an affiliate commission.