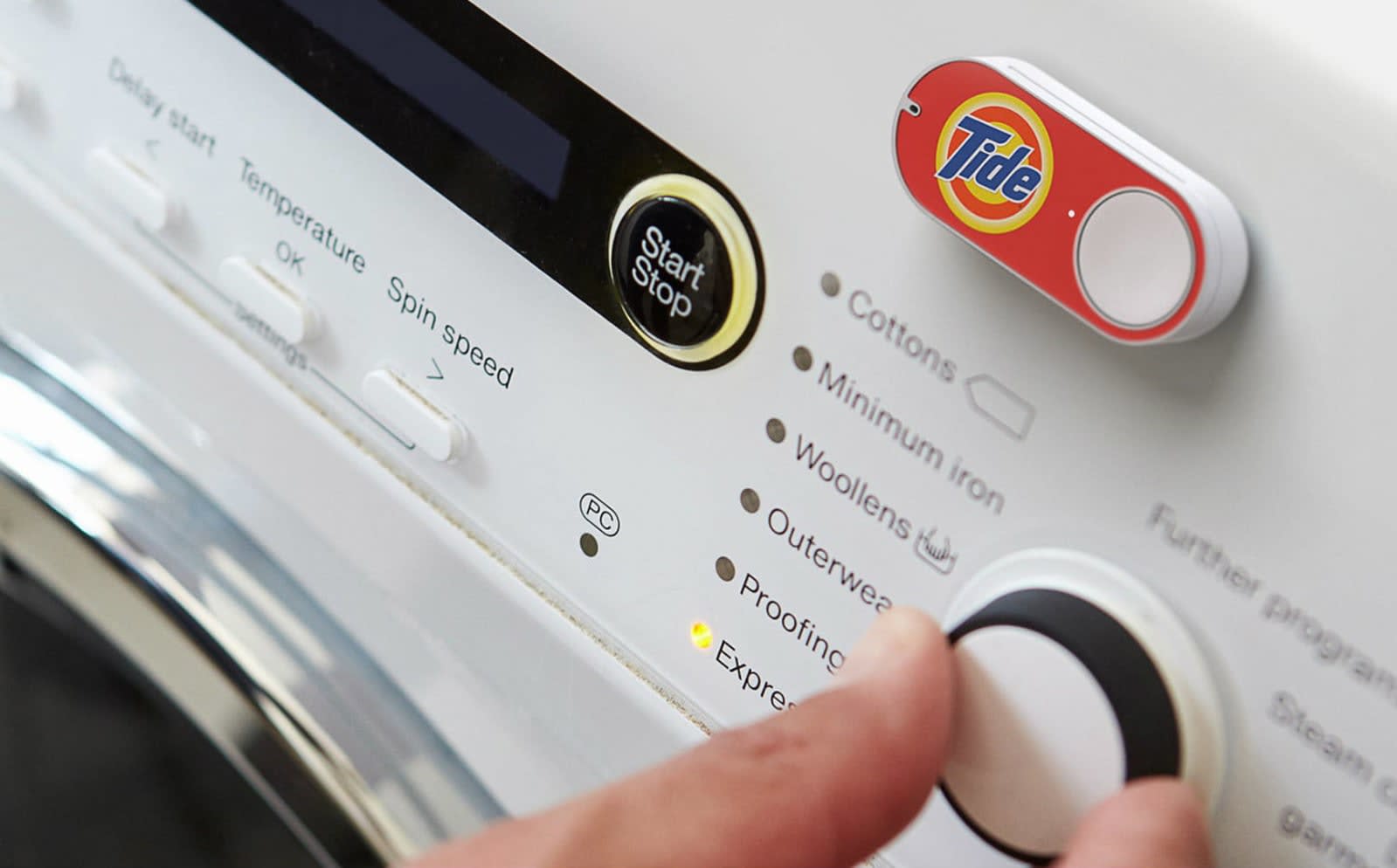 Amazon has run afoul of consumer protection laws in Germany over its click-to-buy Dash buttons for Prime members. A Munich regional court ordered the company to stop taking orders from the dinky devices because they fail to provide customers with up-to-date pricing information. The ruling comes in the wake of a case brought against Amazon by Germany's consumer protection watchdog, which claimed it was acting after receiving complaints by Amazon customers. Amazon plans to appeal the ruling, according to local media.

"We are always open to innovation. But if innovation means that the consumer is put at a disadvantage and price comparisons are made difficult then we fight that," said Wolfgang Schuldzinski, head of the consumer body, in a statement.

Amazon began rolling out Dash buttons in 2015 as a one-click ordering service for popular products -- from toilet paper to laundry detergent -- in its latest bid to beat local grocery stores. By mid-2017, Amazon said that more than 600 brands had Dash buttons and that four buttons get pushed every minute by customers.

The adhesive clickers, which pair with Amazon's mobile app, carry the brand logo of the product they represent. But the problem Amazon has run up against in Germany is that the buttons don't carry the item's price. The Munich court found that Amazon breached e-commerce rules because it reserves the right to change features of the order, such as price, delivery cost and even product brand.

Amazon, however, claims Dash buttons aren't in violation of German law and that it plans to fight the ruling through legal channels. "Today's ruling is not only hostile to innovation. It also stops customers from making an informed decision about whether a service like the Dash button gives them a convenient shopping experience," an Amazon spokesperson told Reuters.

Coverage: Reuters
In this article: amazon, amazondash, amazondashbutton, business, CourtOrder, CourtRuling, dash, dashbutton, gear, germany, services
All products recommended by Engadget are selected by our editorial team, independent of our parent company. Some of our stories include affiliate links. If you buy something through one of these links, we may earn an affiliate commission.