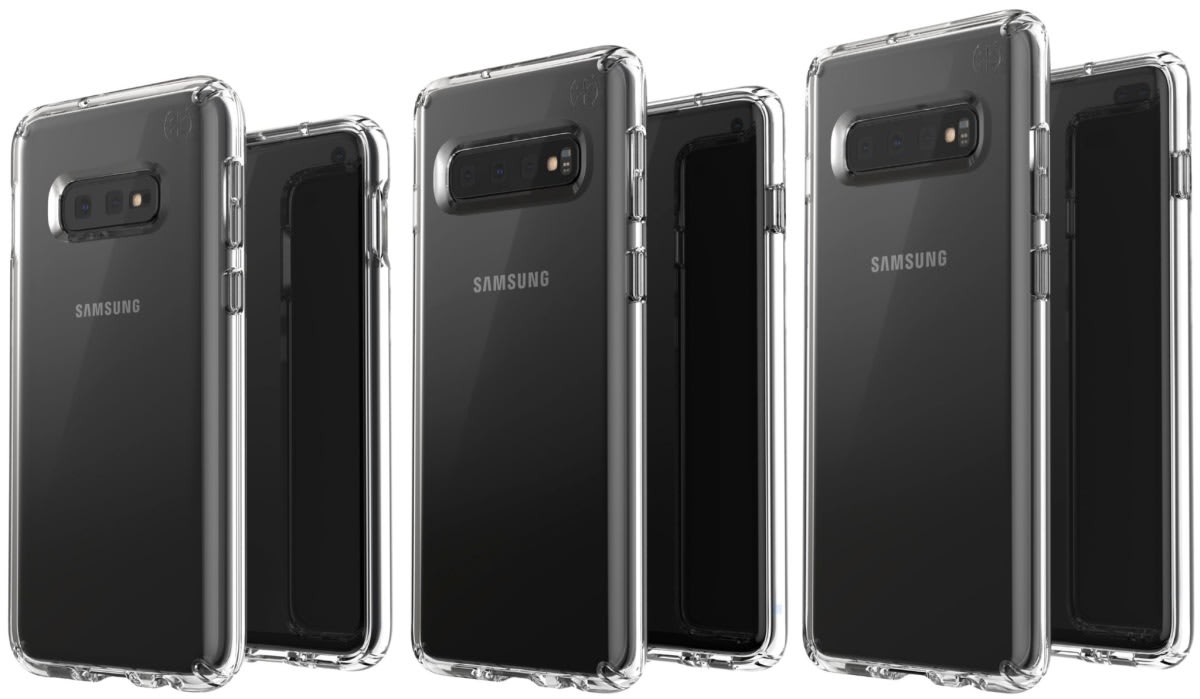 Prolific phone leaker Evan Blass has already posted an image that appears to show the front of Samsung's Galaxy S10, and now he's tweeted a family photograph showing off three variants wrapped in cases. Left to right, you're apparently looking at the S10E, S10 and S10+, and while it's unclear what E could stand for, (Edge? Economy? Equilibrium?), the S10 is said to measure at about 5.8-inches with the Plus stepping up to 6.4-inches. The Plus seems to have a double-hole punch up front, while the rear cameras have a different multiple-lens alignment and count than the quad-camera Galaxy A9 that Samsung released last year.

Of course none of these appear to be fold-up models featuring Samsung's Infinity Flex display, but the S10 will be its standard bearer that we're expecting to meet at an event just ahead of Mobile World Congress 2019 in February. Other than the front pic that flashed a hole punch-style camera, other leaks have pointed to a new Bright Night mode for its camera that could rival Google's Night Sight on Pixel devices. All should be revealed February 20th, one way or another.

Source: Evan Blass (Twitter)
In this article: case, galaxys10, GalaxyS10E, GalaxyS10Plus, gear, leak, mobile, mwc2019, rumor, samsung
All products recommended by Engadget are selected by our editorial team, independent of our parent company. Some of our stories include affiliate links. If you buy something through one of these links, we may earn an affiliate commission.