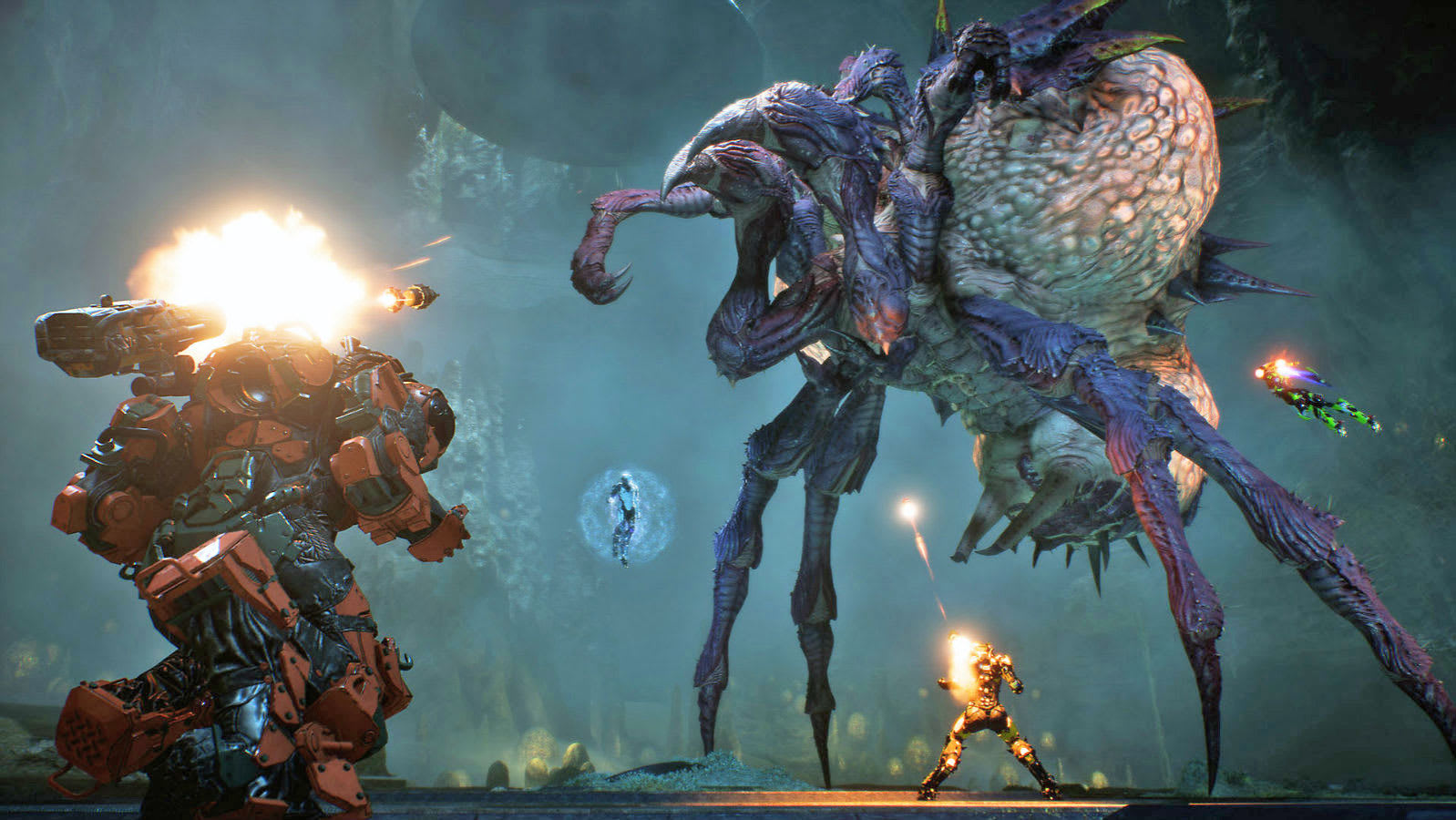 BioWare's Anthem is less than a month away, but before then players will get a taste of the shared-world shooter thanks to a pre-release demo. This being EA, however, the timings are a tad complicated.

Here's what you need to know: you can start downloading the demo right now on your platform of choice (be that PC, Xbox or PS4). VIP players, who either pre-ordered the game or subscribe to Origin Access, will then be able to jump in to the action tomorrow at 12PM ET (9AM PT) until Sunday, January 27th at 11PM ET (8PM PT). In addition, VIPs will also be able invite three friends to join them in the demo.

Everyone else, will have to wait for the open demo, which kicks off on February 1st at 12PM ET (9AM PT) and ends on Sunday, February 3rd at 11PM ET (8PM PT). As for what you'll be doing in the game, EA says it will start you off with some missions and then a "slice" of the world will be open to explore. You'll hit the ground running at level 10, allowing you to play with a more powerful Javelin mech suit and use more powerful weapons. Though VIPs will get to carry their progress over to the open demo, none of it will carry over to the full game at launch on February 22nd.

Be the first to play and get three friend passes. The #AnthemGame VIP Demo starts January 25.

It's probably a good idea to start pre-loading the demo right away, as it requires 44GB of space on PC, 26GB on PS4 and 23GB on Xbox One. Anthem being an online game, you'll obviously need an internet connection to play along with either a PSN or Xbox Live subscription on consoles. More details, including the minimum and required PC specs, can be found on EA's support website.

Having trouble finding the #Anthem VIP pre-launch demo in Origin?
Here's how:
1. Open the Origin Client.
2. Search for Anthem.
3. Click on Anthem in the Store.
4. Click Try it first.
5. Click Add to Library.
6. Download it from your Library. pic.twitter.com/enRs8OeUWb

Source: EA
In this article: Anthem, av, bioware, demo, ea, GameDemo, gaming, PcGaming, pre-release, ps4, XboxOne
All products recommended by Engadget are selected by our editorial team, independent of our parent company. Some of our stories include affiliate links. If you buy something through one of these links, we may earn an affiliate commission.