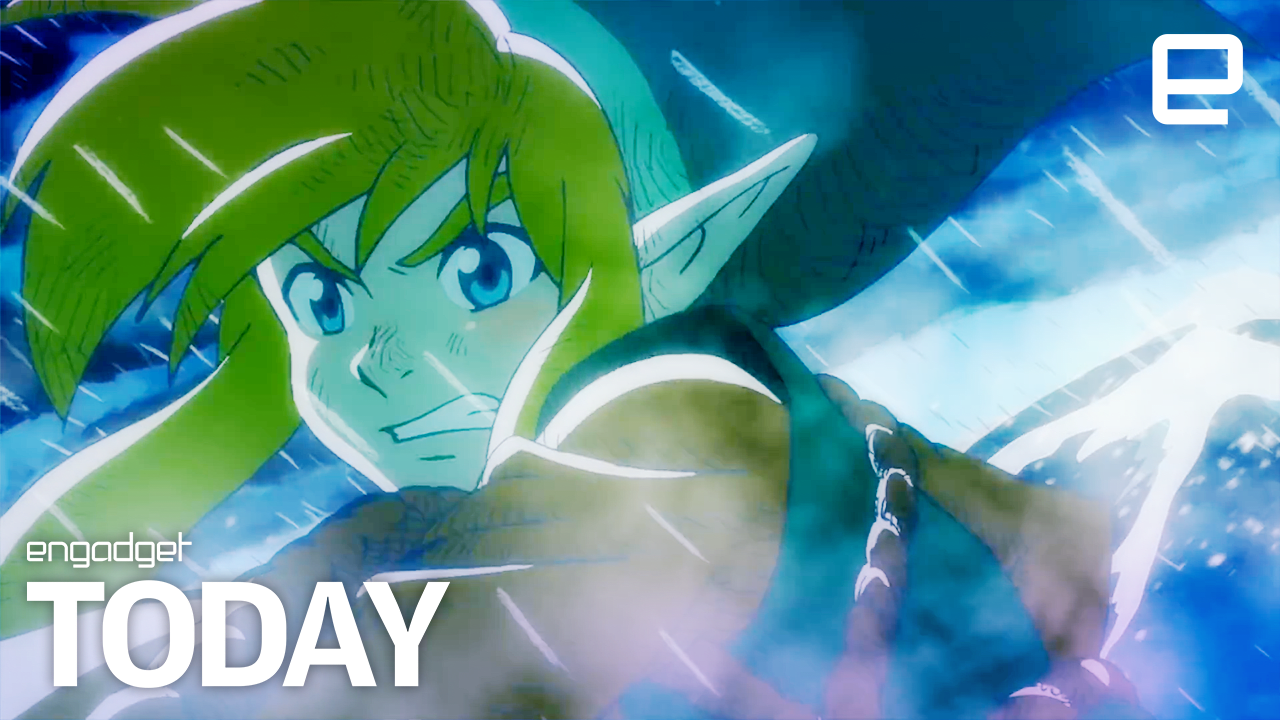 I never beat The Legend of Zelda: Link's Awakening, but not for lack of trying. It's one of my favorite entries in the Zelda series, and I played it over and over as a kid. I got stuck on the same bit every time, one puzzle I couldn't get past. It vexed me for years, but eventually I forgot about it. But now, more than 20 years later, I get another shot at it: Yesterday, Nintendo went deep into its back catalog to show off a remake of Link's Awakening for the Switch. The 1993 title debuted on the Game Boy and changed what we thought Nintendo's humble handheld console was capable of. Indeed, the game was nearly as deep and vast as A Link to the Past on the Super NES.

It's a game that Zelda fans regard as one of the best in the series, and yet it hasn't been shown nearly as much love from Nintendo. Over the years, other essential games like A Link to the Past, Ocarina of Time, Majora's Mask, Wind Waker and Twilight Princess have either been remastered or at the very least made available on Nintendo's various virtual or classic consoles. But Link's Awakening has been largely ignored, until now. That's good news for Zelda fans, and it gives me hope that Nintendo will start mining its vast catalog of older games for other gems that have been largely forgotten.

It looks like Nintendo has done the work necessary to bring Link's Awakening into the 21st century. The company showed off a trailer with a gorgeous retro-modern style that keeps the charm of the original but has far more detail than was possible in 1993. The gameplay itself, though, appears to be unchanged, and that's a good thing. Link's Awakening has a vast overworld to explore, plenty of fun side quests and challenging dungeons, and it introduced new mechanics and weapons to the series (it's the first top-view Zelda game where Link can jump, for example).

If you can't already tell, this is a release I'm very much looking forward to, not only because it's a wonderful game that deserves to be played by as many people as possible but also because of what it could mean for Nintendo's classic-gaming strategy going forward. Thus far, that strategy has been re-releasing the same games every time Nintendo launches a new platform -- people often joke that they've bought and re-bought their favorite games four or five times at this point.

But chances are good that you've either bought Link's Awakening only once or not at all. Nintendo did put the game out on the 3DS virtual console, but this year's lavish remake is certainly a more exciting prospect for people who've never tried it before.

I'm hoping that Nintendo continues looking for more under-the-radar options to give the Link's Awakening treatment to: The company has a vast library of wonderful games, but it often feels like Nintendo is stuck on the same franchises and titles. Thus far, Nintendo's back catalog releases for the Switch have been Wii U games that didn't get the attention they deserved, something the company should definitely keep doing. But older games have largely been limited to NES games available through the Switch's online service. There are only 33 titles there currently, and most of them are pretty well-trodden options.

Link's Awakening certainly doesn't fit that description, and it made me start dreaming of other games from that era that deserve more attention. Super Mario Land 2: 6 Golden Coins is another Game Boy title I'd love to give another shot, particularly if Nintendo upgraded the graphics. If you grew up with Nintendo's early consoles, you probably have your own beloved game you've almost forgotten about that deserves a replay. And if you're a bit younger and never had a Game Boy or a Super NES, know that there are plenty of games worth your time beyond what's on the SNES Classic. I'm hoping that Link's Awakening is just the first in a series of semi-forgotten but classic games that Nintendo brings into the 21st century.

In this article: AOLoriginals, av, Daily Show, DailyShow, Engadget, Engadget Today, Engadget Video, EngadgetToday, EngadgetVideo, Entertainment, gaming, link's awakening, nintendo, nintendo switch, switch, the legend of zelda
All products recommended by Engadget are selected by our editorial team, independent of our parent company. Some of our stories include affiliate links. If you buy something through one of these links, we may earn an affiliate commission.