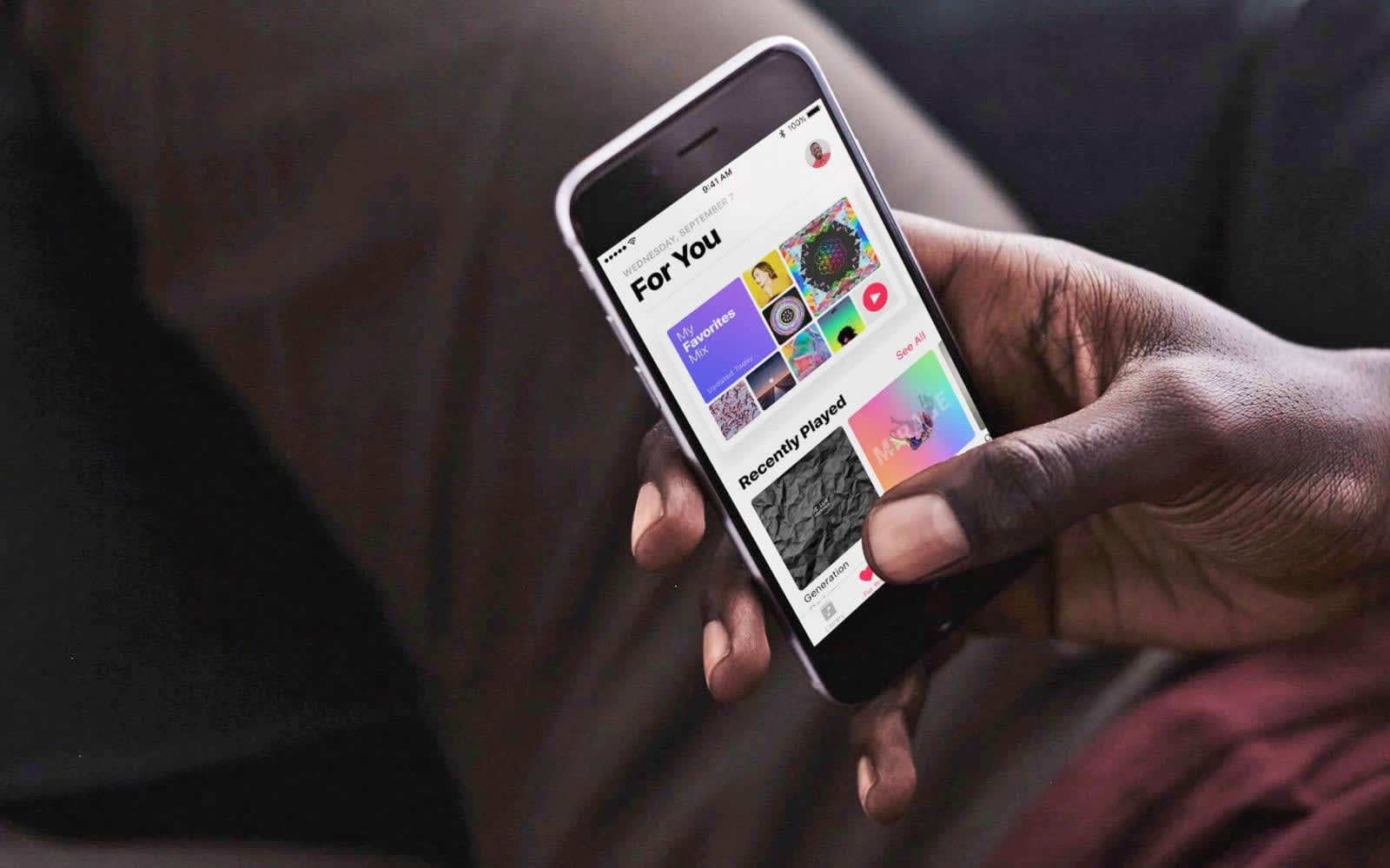 If you're an Apple Music subscriber who's feeling pretty generous right now, check out your notifications for a new referral promo. You can send your non-Apple-Music-using friends an invite that'll give them a month's worth of subscription for free on top of the service's standard three-month trial period. Simply tap on that notification to open a page, which gives you a way to send the free access as a gift via text message.

The web page says memberships renew automatically after a month or a month after trial. Presumably, that means you can send out freebies even to those who've already used up their trial period, though it's unfortunately unclear if Apple sent the offer to all subscribers worldwide or in certain regions only. Either way, it looks like the tech giant is hoping to gain more paying members by getting them hooked on the service.

As 9to5Mac noted, Apple's notification blast didn't sit well with some subscribers, seeing as it's a violation of its own App Store guidelines. Section 4.5.4 of the platform's rules clearly states that apps aren't allowed to use push notifications "for advertising, promotions, or direct marketing purposes." It's not the first time Cupertino used the method to promote its own services, though, and it probably won't be the last.

Source: 9to5Mac
In this article: apple, apple music, entertainment, ios, mobile
All products recommended by Engadget are selected by our editorial team, independent of our parent company. Some of our stories include affiliate links. If you buy something through one of these links, we may earn an affiliate commission.