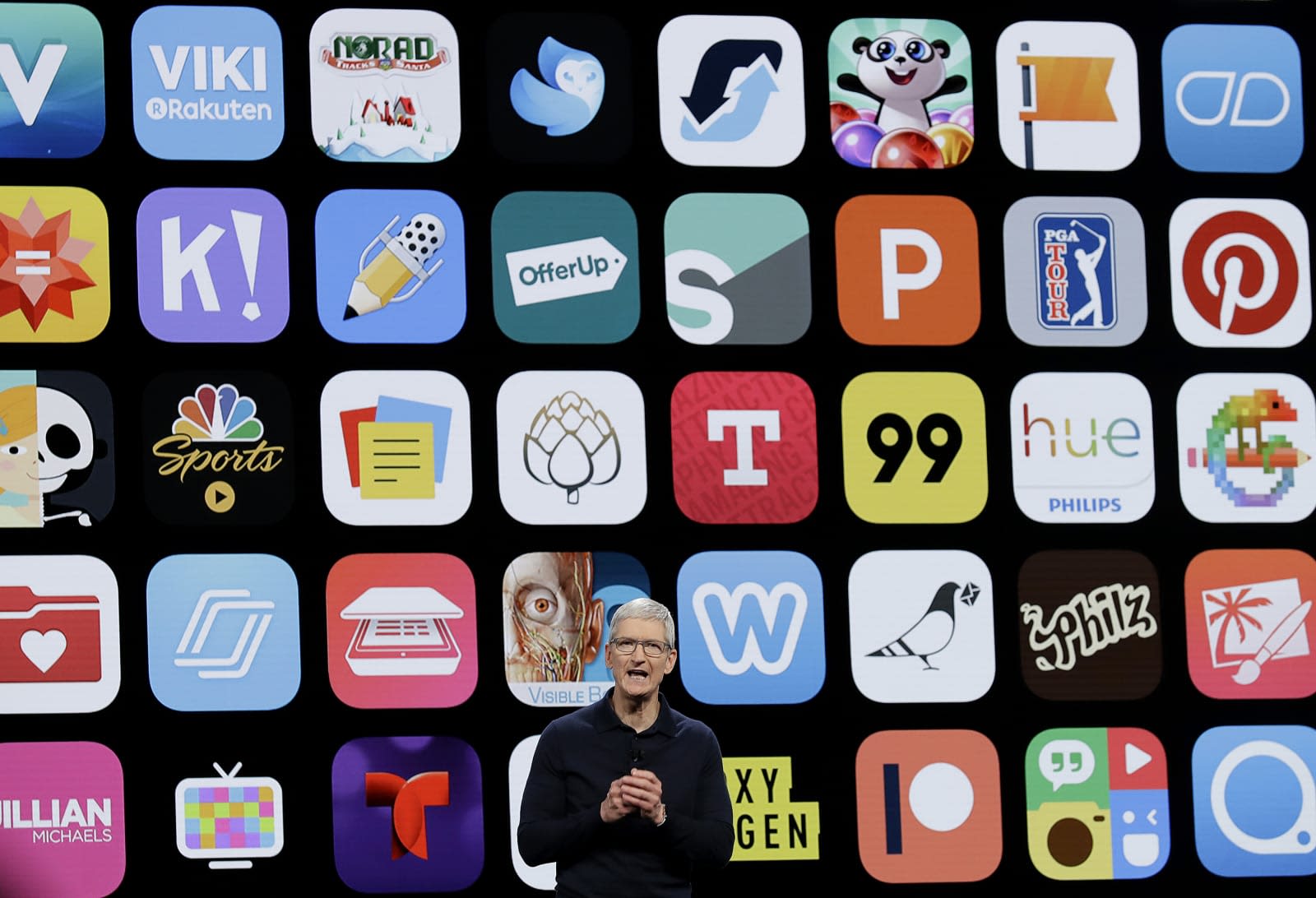 Google isn't the only one with a sweet tooth for cross-platform apps. Apple's own gestating app merger -- code-named "Marzipan" -- is set to launch at WWDC in June, according to Bloomberg's Mark Gurman. Apple will reportedly start by giving devs the ability to port iPad apps to Mac. It will apparently expand the software to include iPhone apps next year. And by 2021, Apple's grand plan to let developers merge Phone, iPad, and Mac applications into one app will be complete -- meaning they'll no longer have to re-write the underlying code for their software, nor will they have to submit their work to different Apple App Stores.

Just don't expect Apple to combine iOS and MacOS. Instead, "Marzipan" will rely on a software kit that lets developers build a cross-platform app just once. Whether or not it provides a much-needed boost to the Mac App Store's lacklustre offering remains to be seen. Apple is refusing to comment on the report. The app union reportedly aligns with its big bet on services: ahead of WWDC, Apple is tipped to unveil a news subscription service and a video streaming hub as soon as next month.

Apple began flirting with the idea of app ports in 2017. It previewed some of its efforts at WWDC last June, showcasing a suite of new Mac apps including News, Stocks, Home and Voice Memos that were built from their iOS counterparts using a new UIkit. Back then, Apple's Craig Federighi promised the same functionality would be handed to third-party developers this year.

Source: Bloomberg
In this article: app store, apple, gear, ios apps, ipad apps, mac app store, macos, mobile, personal computing, personalcomputing
All products recommended by Engadget are selected by our editorial team, independent of our parent company. Some of our stories include affiliate links. If you buy something through one of these links, we may earn an affiliate commission.