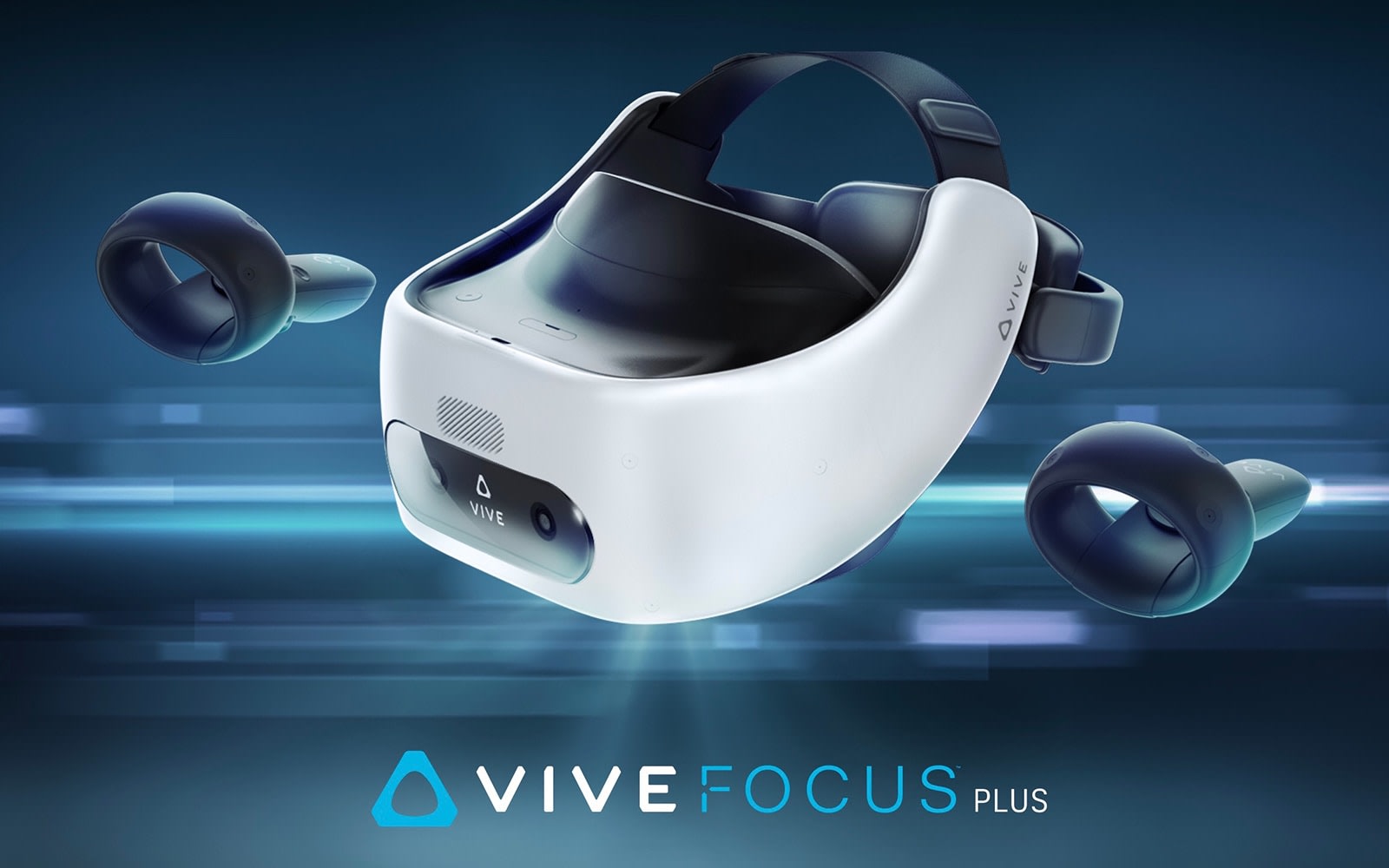 Back in October, HTC offered a dual 6DoF controller dev kit for its Vive Focus standalone headset, in the hopes of offering a truly untethered and more immersive VR experience -- something which the original single 3DoF joystick couldn't fully simulate. As such, it comes as no surprise that the company is soon releasing a new Vive Focus Plus bundled with two 6DoF controllers, meaning you'll be able to naturally wave around -- as you do with the controllers for the PC-powered Vive headsets -- without having to regularly recalibrate.

HTC has also revealed that these mysterious controllers rely on ultrasound to enable 6DoF. There's no word on these device's range, but with the earlier dev kit, HTC's China President Alvin Wang Graylin claimed the controllers coped well with his movements in Beat Saber. The analog trigger on these sticks are pressure sensitive, too, which is a nice upgrade from the old clicky button and allows for more types of interactions.

It may not be obvious judging by its looks, but the Vive Focus also features a more comfortable head rest design as well as much improved visual quality thanks to a new "next-gen" lens -- no more "god rays," apparently. Everything else remains pretty much the same as before, including the Qualcomm Snapdragon 835 chipset, the stereo inside-out tracking camera and the 2,880 x 1,600 AMOLED display.

While there's no price for the Vive Focus Plus yet (the original costs $599), HTC has shared that it'll be available some time in Q2 2019 across 25 markets worldwide. That's a significant change from the original Vive Focus' China-only initial launch. HTC added that the device will even be shipped with an enterprise license in most markets, meaning business users won't have to pay extra for commercial use -- they can take advantage of the kit's professional features like Kiosk Mode, Gaze Support (hands-free mode) and device management tools right away. In fact, according to HTC, SimforHealth and Immersive Factory are two of its clients that are already using the Vive Focus Plus for medical training and safety simulation.

Of course, with the $399 Oculus Quest landing this spring, HTC will need more than just hardware changes to put up a good fight in the consumer space. Fortunately for developers, the Vive Wave platform powering the Vive Focus family apparently makes it easy to port VR titles from the PC; and it's even more straightforward now given that it's the same dual controller input on the Vive Focus Plus.

To help drive downloads, HTC's Viveport Infinity subscription service will commence on April 2nd, and "for just one low monthly price," subscribers will have unlimited access to content across both the PC-based Vive systems as well as all Wave-powered headsets. That said, there's no word on whether this includes the upcoming Vive Cosmos, which can be plugged into a PC or a smartphone.

We'll be checking out some 6DoF demos for this new VR system at the Vive Ecosystem Conference in Shenzhen on March 26th, where the company will also likely shed light on pricing, so stay tuned.

In this article: 6dof, gadgetry, gadgets, gaming, gear, htc, vive, vivefocus, vivefocusplus, vr, wearables
All products recommended by Engadget are selected by our editorial team, independent of our parent company. Some of our stories include affiliate links. If you buy something through one of these links, we may earn an affiliate commission.