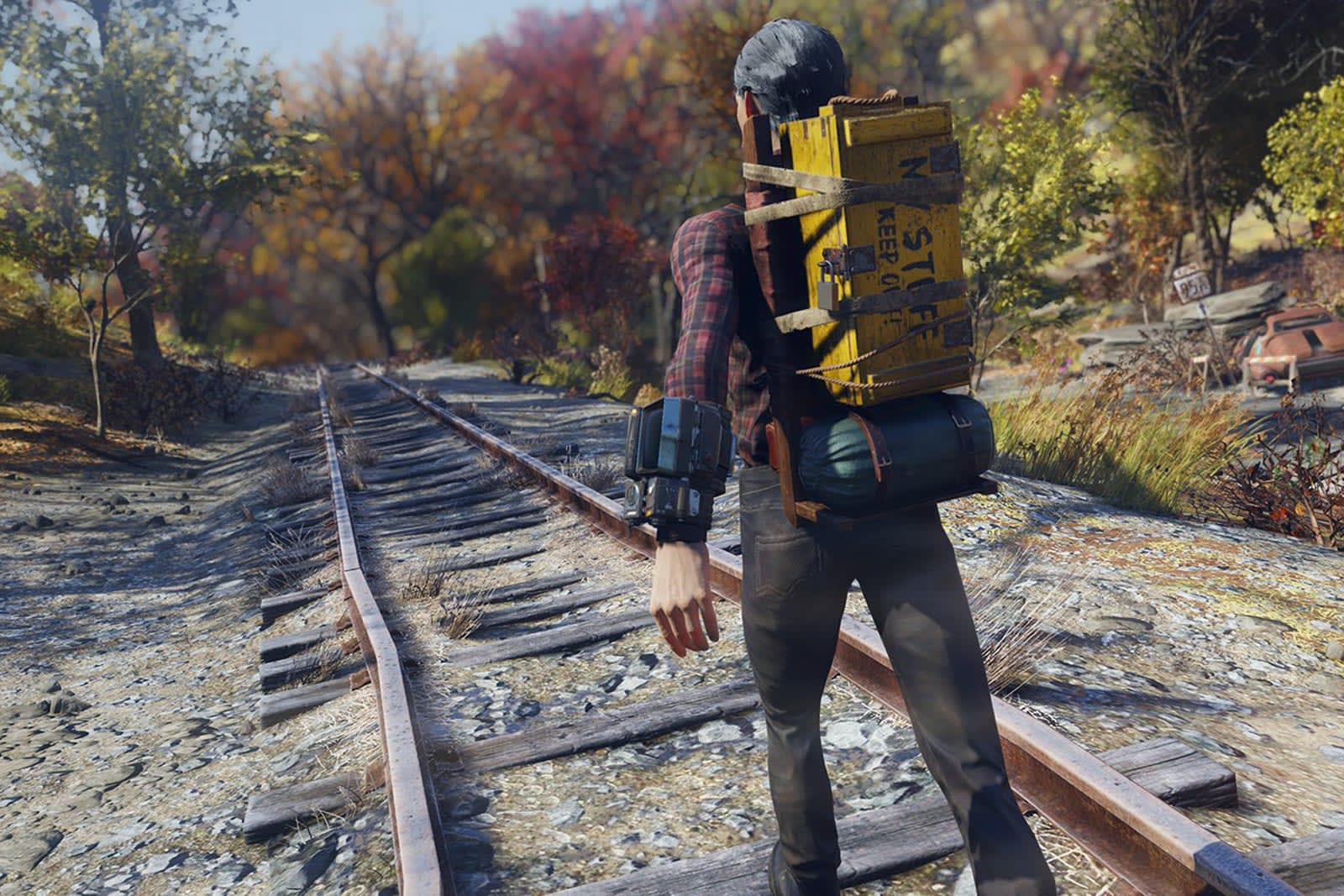 After a few very rough months, Bethesda is ready to show where Fallout 76 is headed next... and it might just inject some needed variety into the online action RPG. The company has published a 2019 roadmap that starts on March 12th with Wild Appalachia, a bundle of features, modes and quests to mark the spring. I'll start out modestly with a quest that opens up brewing and distilling at your home base, but it'll also include a seasonal event (the Fasnacht Parade on March 19th), the high-stakes Survival mode (March 26th), base decoration and player vending (April 9th), the Shear Terror storyline (also April 9th) and an Ever Upwards quest (May 7th) that includes Scouts-style merit badges and a customizable backpack. On May 23rd, a Purveyor vendor will scrap your legendary gear in return for fresher equipment.

The company's strategy for later in the year is vague, but still offers some promise. The Nuclear Winter update due this summer will include a namesake mode that aims to change "the rules of the Wasteland," new raids on Vaults 94 and 96 and a prestige system that lets players above level 50 achieve a Legendary status with new abilities. The fall update, Wastelanders, will be the "biggest and most ambitious update" yet with a new main story line as well as more events, factions and features.

It's too soon to say if this will help Fallout 76 turn a corner and entice people put off by the game's early reputation. The greater variety in gameplay might help address common complaints about a lack of things to do, though. If nothing else, Bethesda appears to be learning a lesson or two from Destiny: players in shared-world games like this need assurances there will be a steady stream of fresh experiences if they're going to keep coming back.

Source: Bethesda
In this article: av, bethesda, fallout76, games, gaming, personal computing, personalcomputing, ps4, roadmap, videogames, xboxone
All products recommended by Engadget are selected by our editorial team, independent of our parent company. Some of our stories include affiliate links. If you buy something through one of these links, we may earn an affiliate commission.