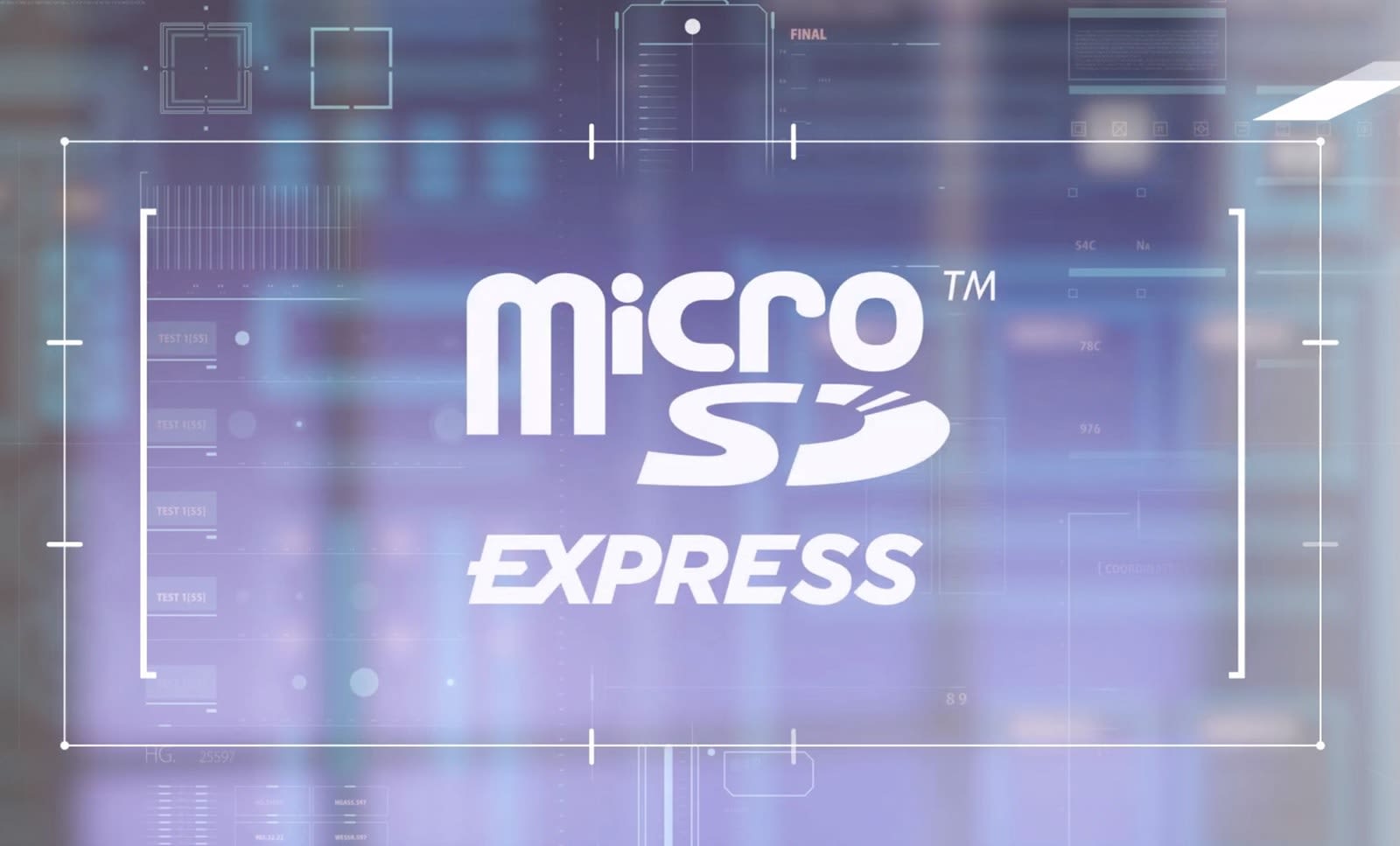 The SD Association has unveiled microSD Express, a new format that will bring speeds of up to 985 MB/s to the tiny memory cards used in smartphones and other devices. Like SD Express, it exploits the NVMe 1.3 and PCIe 3.1 interfaces used in PCs to power high-speed SSDs. The tech is incorporated onto the second row of microSD pins, so the cards will work faster in next-gen devices while maintaining backward compatibility with current microSD tech.

PCIe 3.1 allows for low power sub-states, so the cards will not only offer much (much) higher transfer speeds, but consume less power than regular microSD cards. It'll also open up features like bus mastering, which lets memory cards and other components communicate without going through the CPU first.

The prospect of having tiny, extremely fast 1TB memory cards has tantalizing potential for other gadgets, too. It could enable a new generation of smaller cameras or even smartphones that can capture RAW video, for instance. It would also be particularly handy for drones, letting them capture high-resolution video while carrying less weight.

Now, all we have to do is wait for memory companies to build microSD Express cards and device manufacturers to support them. Don't hold your breath, though. There are still few, if any, smartphones that support microSD UHS II cards, and that standard was first introduced in 2011.

Source: SD Association
In this article: 985MBs, gear, microSD, microSDExpress, mobile, NVMe, PCIe, SDAssociation
All products recommended by Engadget are selected by our editorial team, independent of our parent company. Some of our stories include affiliate links. If you buy something through one of these links, we may earn an affiliate commission.