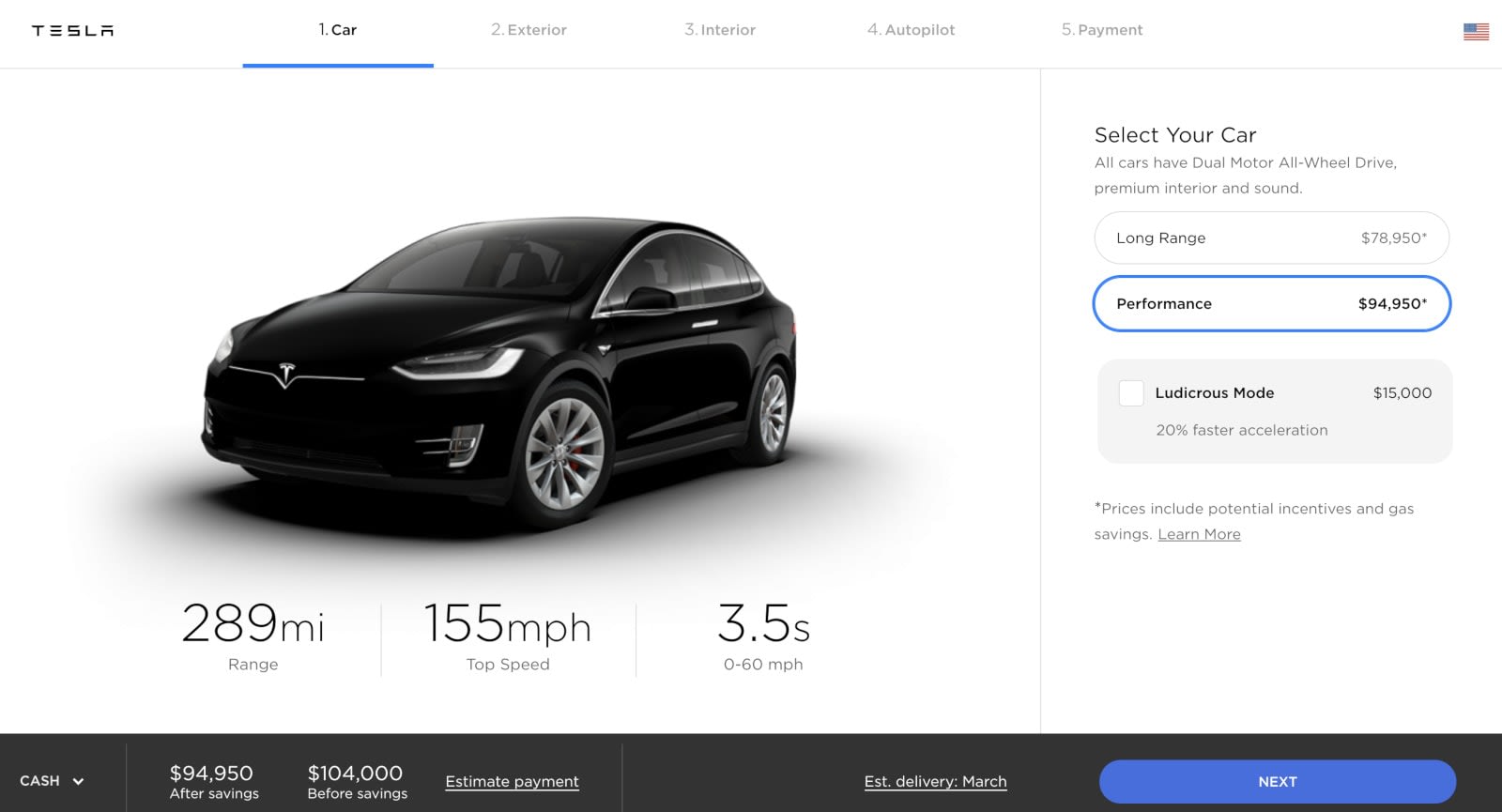 Tesla just made its high-end vehicles more reasonably priced for potential buyers. In addition to launching the long-awaited $35,000 Model 3, the automaker has also slashed the prices of its higher-end Model S and Model X configurations. The long-range Model S and Model X vehicles now cost $83,000 and $88,000, respectively, down from $96,000 before savings. That makes the long-range Model S just $4,000 more expensive than the base version, despite having a range that's 65 miles longer and a top speed that's 15mph faster.

Tesla didn't say why it's now offering its higher-end models at lower prices. The company could be clearing its inventory, or there might be something else at play. As TechCrunch noted, though, it might be able to afford these pretty hefty price cuts due to its decision to shut down brick-and-mortar stores and to shift all sales online. It's what allowed Tesla to finally start offering a $35,000 Model 3 after all, almost five years after the company first revealed its plans to release a model at that price point.

Source: Tesla (Model S), (Model X), TechCrunch
In this article: automobile, car, gear, model s, model x, price cuts, tesla, thebuyersguide, transportation
All products recommended by Engadget are selected by our editorial team, independent of our parent company. Some of our stories include affiliate links. If you buy something through one of these links, we may earn an affiliate commission.