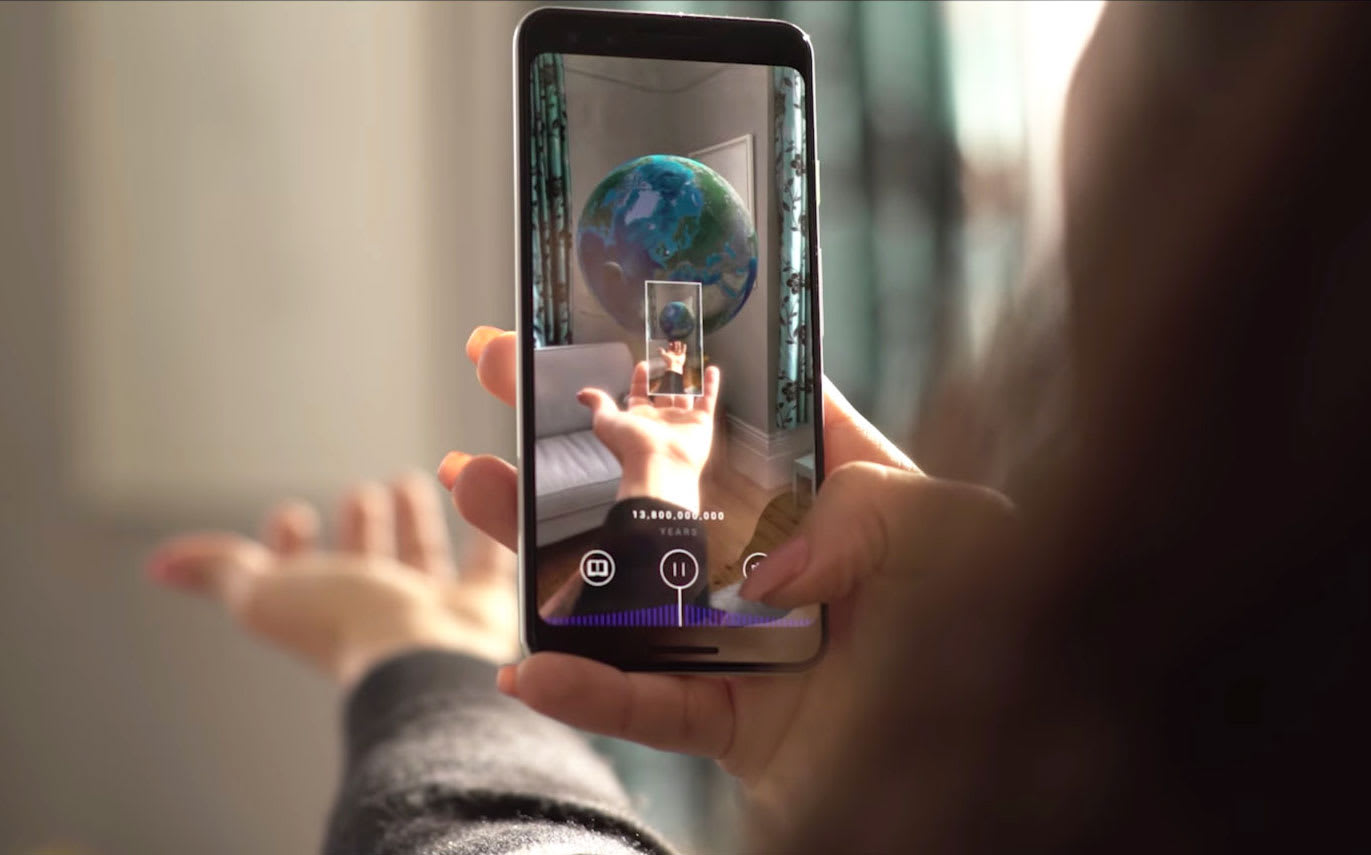 Google has teamed up with European research organization CERN to create an augmented reality application that walks you through the Big Bang. And the icing on the cake? It features soothing narration by Tilda Swinton. The app will take you on a 360-degree journey that starts with the birth of the universe followed the formation of the first stars, our solar system and our planet.

It's an interactive experience that will sometimes ask you to touch the elements on screen so you can see their labels or to move your phone around so you can see more of what's happening outside the current view. Some parts even need to capture your hand with the phone camera, giving you a more active role in the storytelling process. The app is available for Android and iOS, but it's not listed in the platform's app stores. You'll have to download it from its official web page and make sure your device is compatible -- for Android devices, that means you'll have to install ARCore.

Google Arts and Culture has also launched a new exhibit entitled Once Upon a Try that showcases a millennia of human progress alongside the Big Bang app. The exhibit features hundreds of collections you can view, including a new tool called NASA's Visual Universe that gives you access to 127,000 historic images from the agency. Other exhibits will take you on a 360-degree tour of the Space Shuttle Discovery, CERN's LHC tunnels and the International Space Station. You can view all those and more on the new project's home.

Source: Google, CERN
In this article: augmented reality, big bang ar, gear, google, mobile, space
All products recommended by Engadget are selected by our editorial team, independent of our parent company. Some of our stories include affiliate links. If you buy something through one of these links, we may earn an affiliate commission.