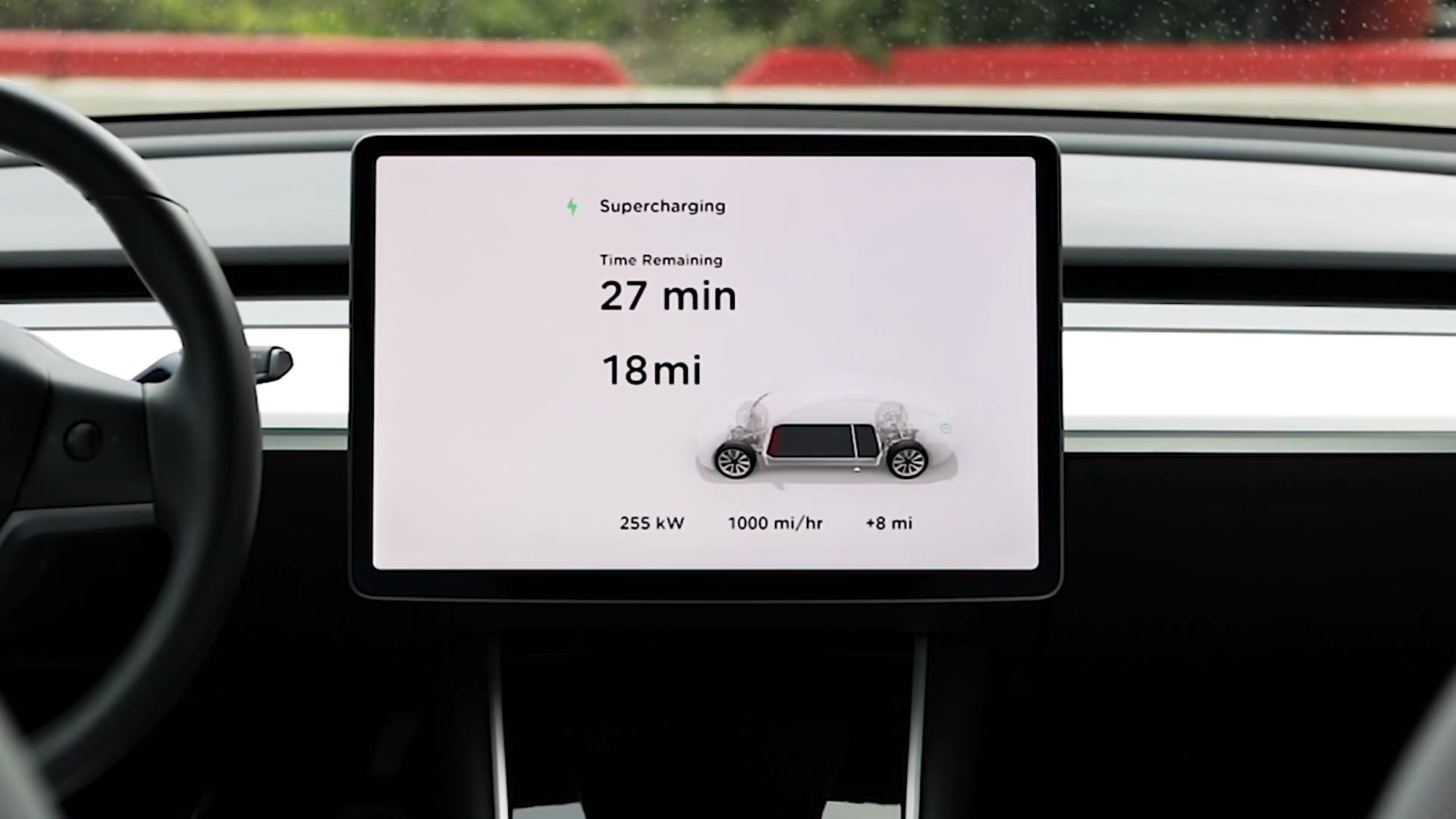 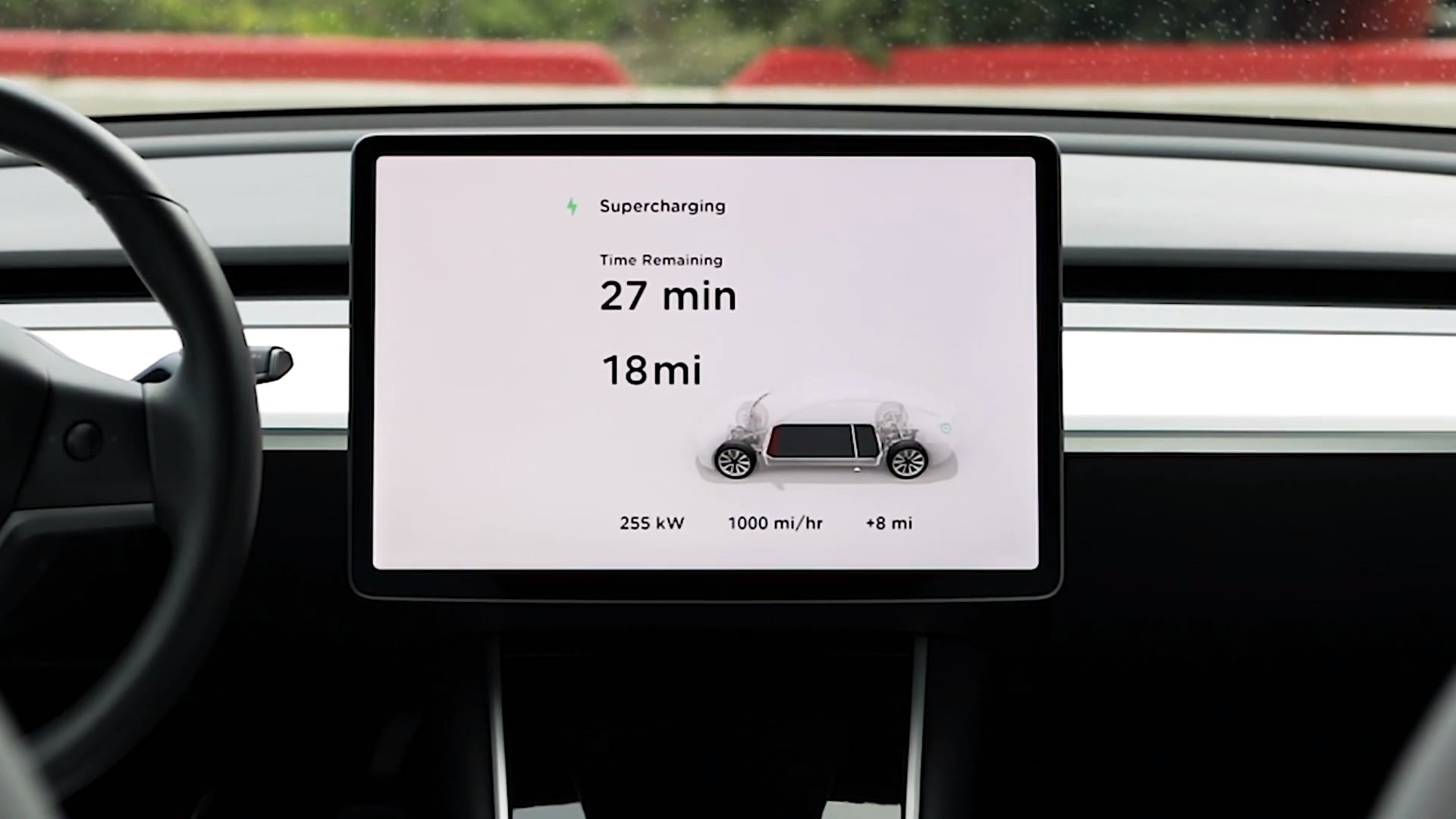 As promised, Tesla has unveiled the third version of Supercharging, the high-powered chargers that it has spread out to top off owners' batteries as they travel the country. The promise is that it will eventually bring down charging times by an average of 50 percent.

Peak rates go up to 250kW per car thanks to a new liquid-cooled cable design, and new stations don't have to split energy between multiple cars -- you'll always get the fastest rate available. On the most efficient vehicles, like a Model 3 Long Range, Tesla expects they'll get 75 miles of charge in 5 minutes, and add range at a rate of 1,000 miles per hour.

It claims that V3 Supercharging "enables our vehicles to charge faster than any other electric vehicle on the market today." That is, at least until vehicles supporting 350kW charging, like Porsche's Taycan and Audi's E-Tron SUV hit the market.

While it just opened the first "public beta" V3 Supercharger in Fremont, CA tonight, over the next few weeks it's bumping charge rates at the 12,000+ V2 Superchargers to 145kW from 120kW.

Not all of the changes are in the chargers either, as software updates rolling out to its cars (Model 3 first, then S and X), and a new feature called "On-Route Battery Warmup." When an owner navigates to a charging station, their car will make sure the battery is raised to an optimal temperature when they arrive which Tesla says can reduce average charge times by 25 percent.

Source: Tesla Blog
In this article: 250kw, electric vehicle, ev, gear, Model 3, Model S, Model X, Model Y, Supercharger, Supercharging, Tesla, transportation, V3
All products recommended by Engadget are selected by our editorial team, independent of our parent company. Some of our stories include affiliate links. If you buy something through one of these links, we may earn an affiliate commission.