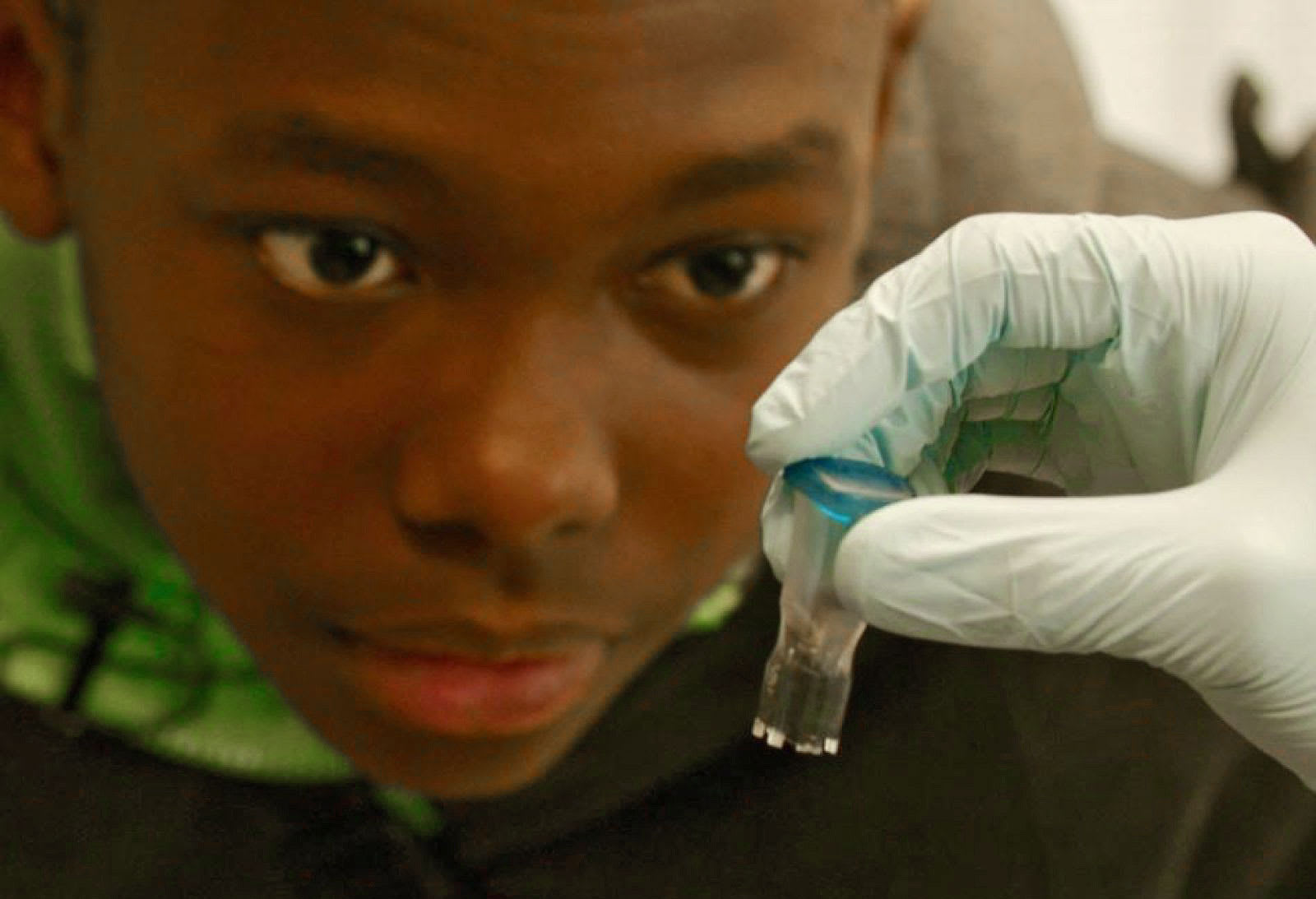 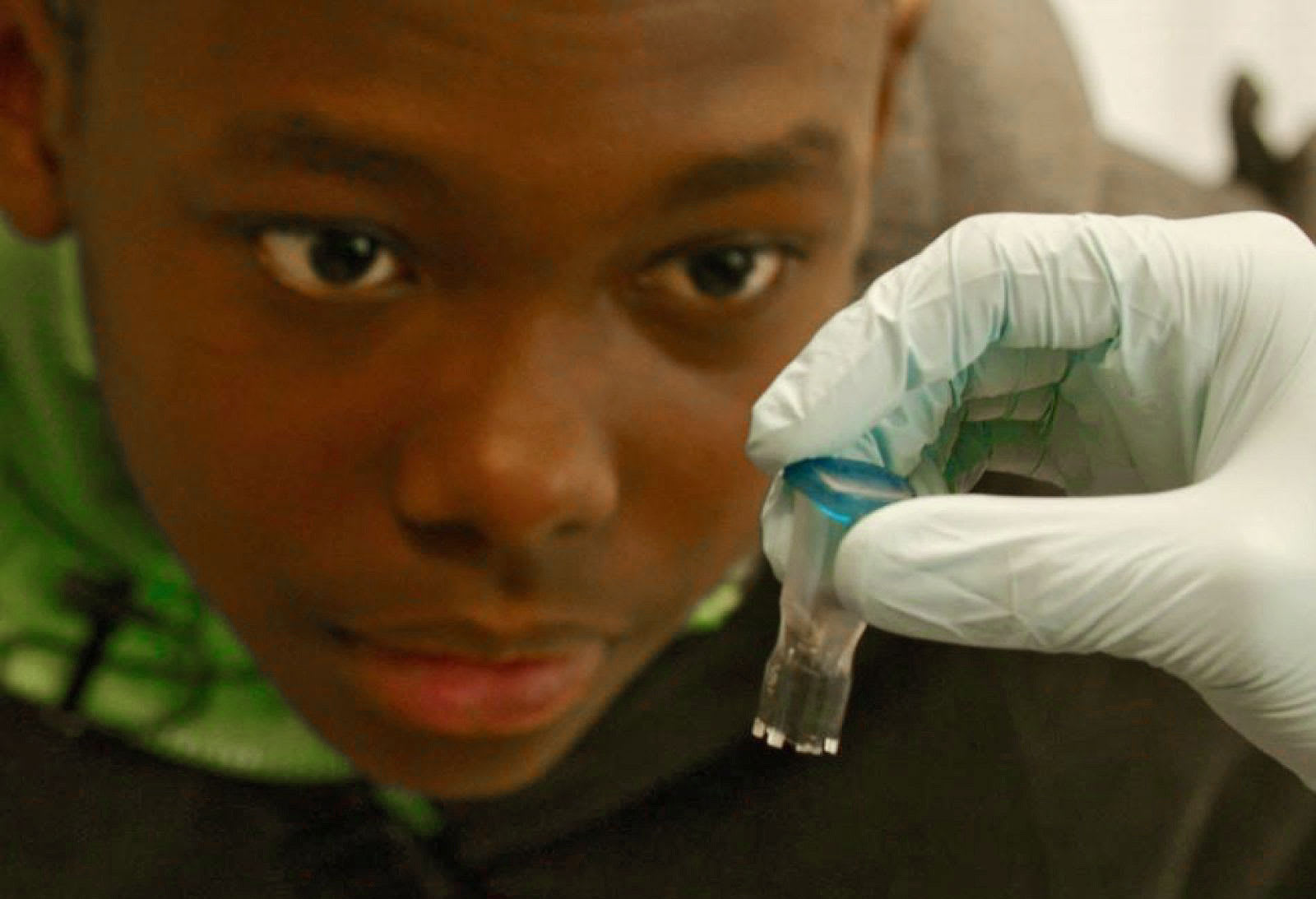 When making a documentary on something as groundbreaking and controversial as CRISPR, the gene editing tool that could potentially help us eradicate cancer, you need a deft touch. Lean into the hard science, and it might be too complex for general viewers. Focus intensely on the downsides -- like its potential to lead us down the dark path of eugenics -- and it might sound unnecessarily preachy. Go too light on either of those aspects, and it might be hard to take your film seriously.

That makes Human Nature, the upcoming CRISPR documentary executive produced by Dan Rather and directed by Adam Bolt, especially impressive. It's a fascinating primer about what led to the discovery of the tool, and an exploration of the role it may have in our society. It's hopeful about CRISPR's ability to help us fix diseases that have plagued humans for millennia, while also questioning if we're ready to make genetic changes that'll affect us for generations to come.

CRISPR stands for "clustered regularly interspaced short palindromic repeats," referring to a unique series of gene sequences in DNA that are remnants of previous viral infections. Typically, cells would use that information to defend against those same viruses in the future. But scientists also discovered you can train enzymes called CRISPR associated proteins (or Cas, for short) to target specific pieces of DNA, snip them out, and replace them with whatever genetic code they want. CRISPR is like the cursor in a word processor, one scientist points out in the documentary, allowing you to easily jump edit aspects of your DNA.

"Scientists and the elite have known for a while about CRISPR and the vista that stretches ahead," said Dan Rather on stage at the film's SXSW premiere. "What I wanted was a film that would get the public involved in a conversation ... To use the Texas term, I wanted a film that would 'put it down where the calves would get it.'"

Director Adam Bolt, together with his co-writer Regina Sobel, manage to ground the wild story of CRISPR with a healthy dose of humanity. Early on in the film, we're introduced to David Sanchez, a teenager living with sickle cell disease, a genetic disease that prevents his blood cells from delivering enough oxygen to vital organs. The CDC estimates that around 100,000 people in the US currently have sickle cell, which predominantly affects people with ancestry from sub-Saharan Africa.

Even with modern treatment, which mostly amounts to constant blood transfusions, people affected by the disease typically don't live beyond their mid-40s. But now, we might finally have a way to fix the single mutation that causes sickle cell. In January, the FDA announced it would fast-track the approval of CTX001, an experimental therapy that uses CRISPR. If we finally have the ability to treat something that so many people are suffering from, why wouldn't we explore it?

Well, for one, once we start exploring gene editing, we have to deal with the ethical dilemmas of designer babies. Last year in China, Dr. He Jiankui made headlines when he claimed he used CRISPR to make a set of twin babies immune to HIV. Since then, researchers have said the treatment may have also impacted the infants' brains. Do we even have the right to explore this sort of germline gene therapy, which will be something generations ahead will inherit with untold consequences?

"Humans have done horrible things, but we're also capable of amazing things, and maybe that's something we can remember."

Human Nature wrestles with these concepts from just about every angle. Some scientists find germline editing completely unconscionable. While others, like Alta Charo, a bioethicist at the University of Wisconsin, think gene editing is a tool like any other, something that could be used for good or evil. It's not inherently bad on its own.

"Humans have done horrible things, but we're also capable of amazing things, and maybe that's something we can remember," Bolt said. "[The film is] something that tells us maybe we're capable of harnessing this very powerful technology if we work together."

In this article: av, CRISPR, entertainment, gene editing, gene therapy, Human Nature, medicine, SXSW, SXSW2019
All products recommended by Engadget are selected by our editorial team, independent of our parent company. Some of our stories include affiliate links. If you buy something through one of these links, we may earn an affiliate commission.