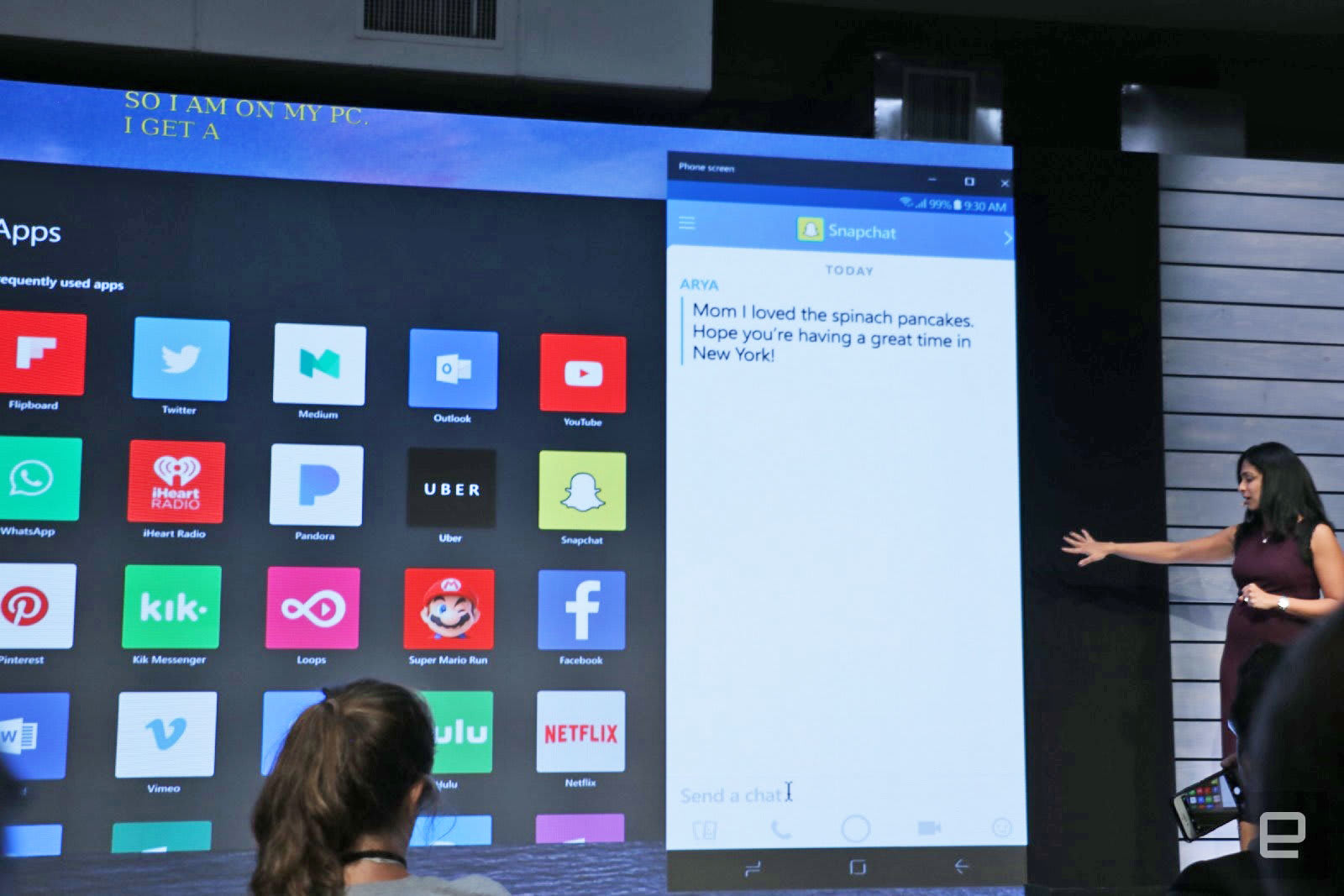 When Microsoft launched the "Your Phone" app last year, it gave users instant access to their mobile photos and text messages on Windows 10 PCs. And at its Surface launch last fall, it teased at something even better: mirroring and accessing your entire phone via your PC. With this week's Your Phone update, Windows Insiders will finally get to test the "phone screen" mirroring feature. So rather than reach for your phone to respond to a Snap, you'll be able to respond directly from your desktop.

There are a few stipulations. You'll need a Windows 10 PC running Windows build 1803 or later and an Android phone running Android version 7.0 or newer. Microsoft specifically says to make sure you've updated to the latest Insider build, and your PC will need to support Bluetooth's low energy peripheral mode. Right now, if you have a Samsung Galaxy S8, S8+, S9, S9+ and a PC that meets the specs, the "phone screen" feature should work. Out of Microsoft's own Surface PCs, the only one that's compatible right now is the Surface Go. Microsoft promises it will update the list of compatible devices as it grows.

As we reported when the feature was demoed at the Microsoft Surface launch in October, this is an alternative to running mobile apps on a PC. One of Windows shortcomings as desktop OS has been its lack of touch-friendly apps. If Microsoft can get the "phone screen" feature right, it might make up for this shortcoming. Of course, Microsoft's competitors are working on similar initiatives. Chrome OS has supported Android apps for a few years now, and Apple is making it easier for developers to bring their iOS apps to the Mac.

Via: The Verge
Source: Microsoft
In this article: apps, desktop, gear, internet, microsoft, mirroring, mobile, personal computing, personalcomputing, phone screen, samsung galaxy, windows 10, windows insiders, your phone
All products recommended by Engadget are selected by our editorial team, independent of our parent company. Some of our stories include affiliate links. If you buy something through one of these links, we may earn an affiliate commission.