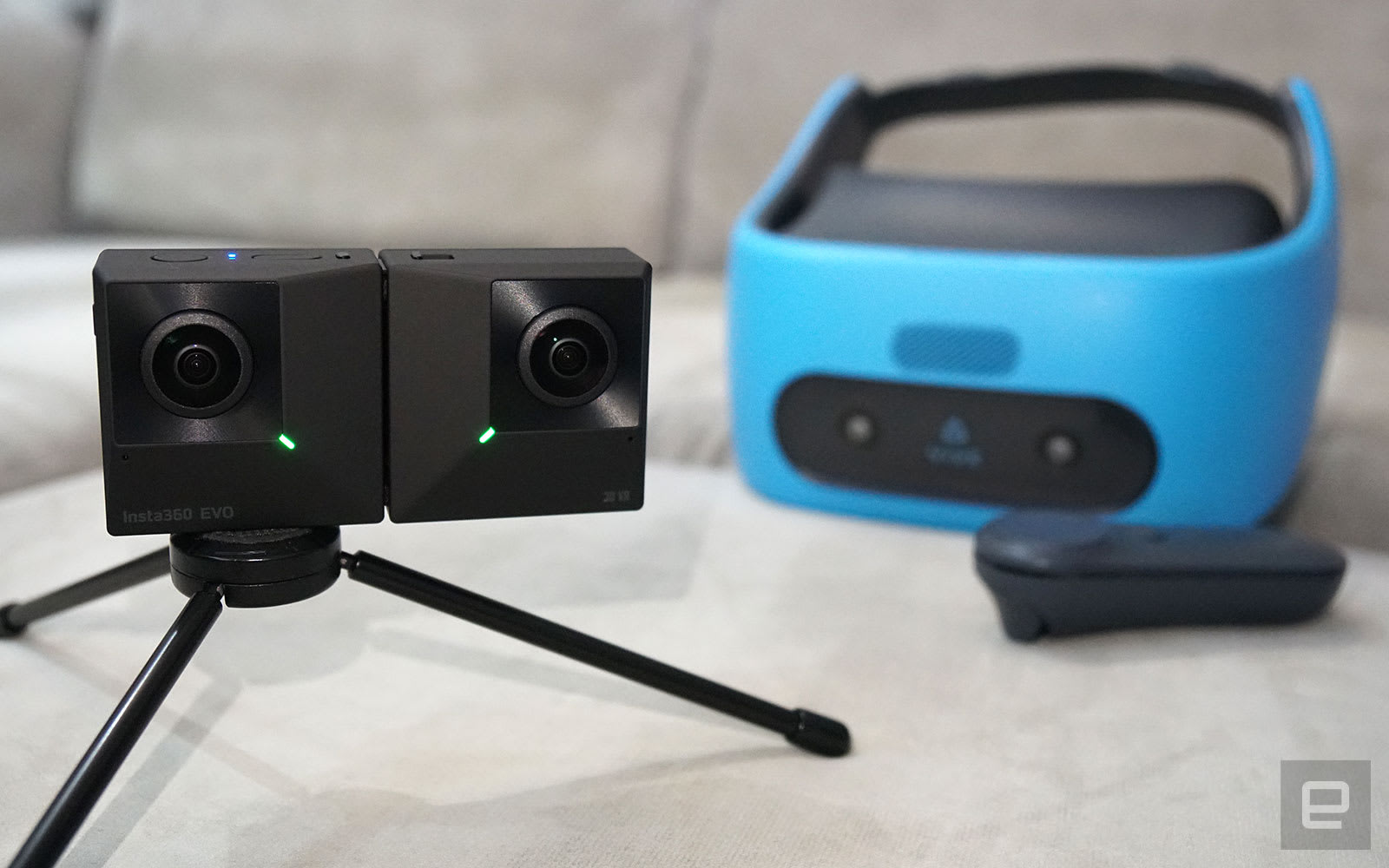 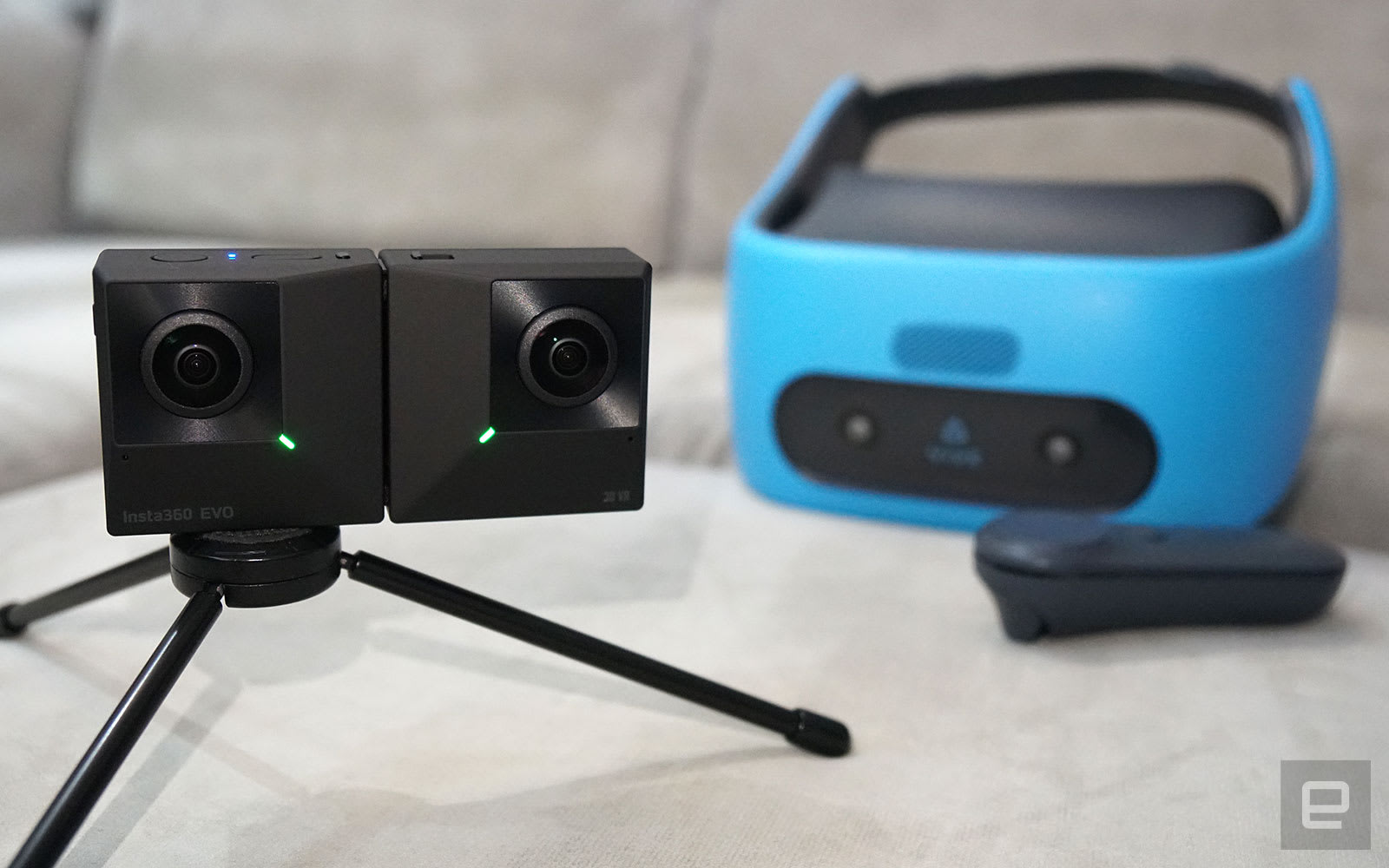 Following the powerful One X 360 camera (and some fun updates), Insta360 is now back with a rather eccentric device that aims to make better use of your VR headsets. The new Insta360 Evo is a dual-mode camera that captures 360 content when folded into a cube, as well as 180 3D content when unfolded (remember Lenovo's VR camera?). What's more, this convertible camera can stream freshly captured content directly to the likes of HTC Vive Focus, Oculus Go and Samsung Gear VR, which will likely motivate users to create more VR content. The Evo is essentially the One X morphed into a foldable form factor, yet at $419.99, it only costs about $20 more. You get the same 5.7K video resolution and 18-megapixel still resolution, along with handy features like FlowState stabilization, TimeShift hyperlapse plus WiFi hotspot connectivity for its dedicated iOS or Android app.

The most obvious difference here is the new 180-degree capture mode, which is automatically enabled when you unfold the Evo and lock its position using the top latch. Then it's just a matter of toggling either photo or video capture before you start shooting, and you can manage all of these on the camera itself or via its companion app over a Wi-Fi connection.

According to CEO JK Liu, his team came up with this versatile device to offer an extra means of capturing one's special moments, because depending on the content, sometimes 180-degree capture works better. I can imagine how this may benefit parents who want to remember what it feels like gazing at their newborn baby, for instance. Liu added that the Evo is also fit for capturing sporting activities in first-person view, the depth perception of which contributes to extra immersiveness. 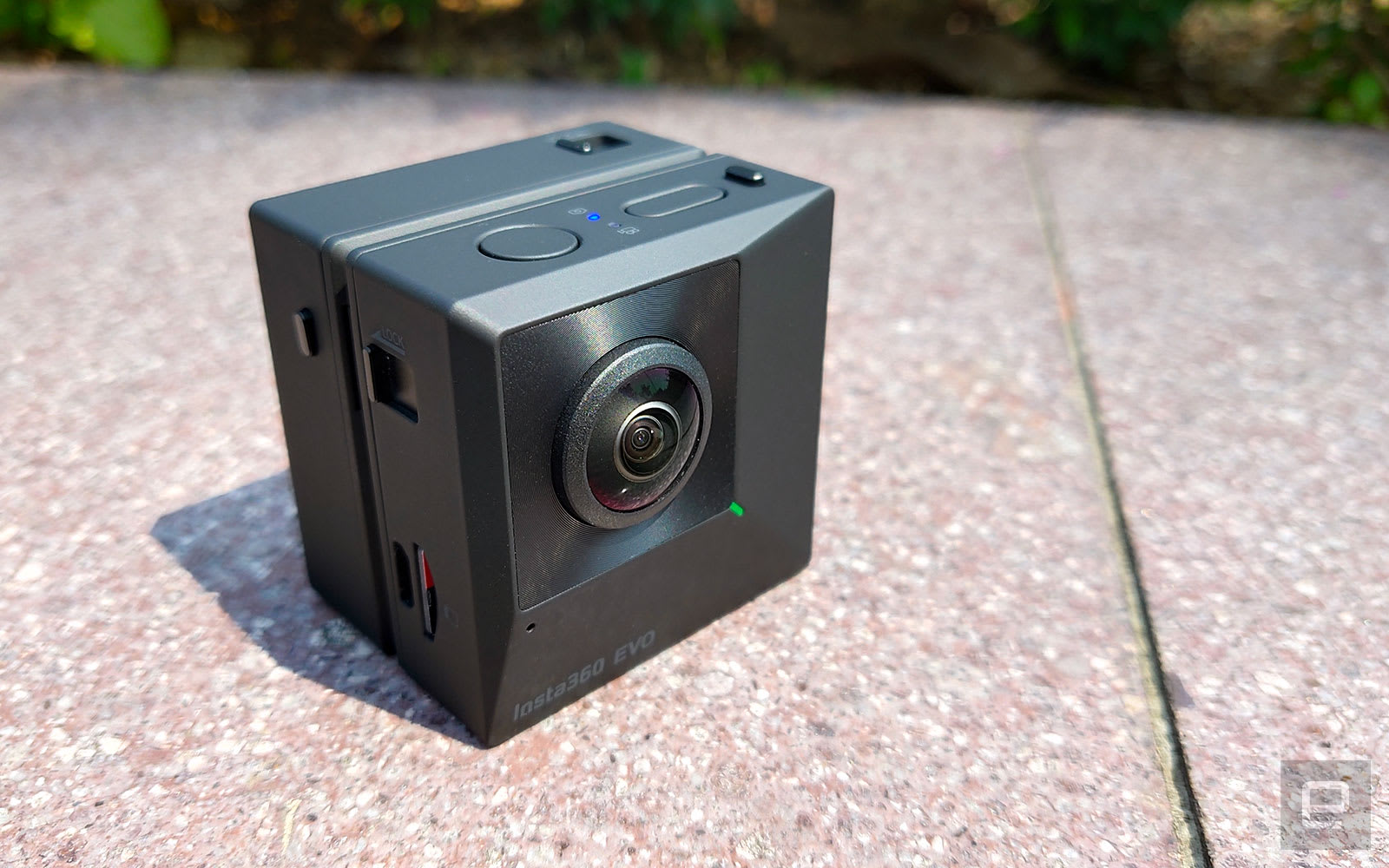 First of all, owners of the Oculus Go, Samsung Gear VR and HTC Vive Focus (support due later this month) will be able to connect their headsets directly to the Evo over WiFi, then they can transfer files over or even stream videos within the dedicated VR app, as opposed to having to manually copy (and maybe convert) files using a PC or an OTG accessory. I can imagine how this newfound convenience will make the Evo a useful learning tool for VR filmmakers as well as newbies. 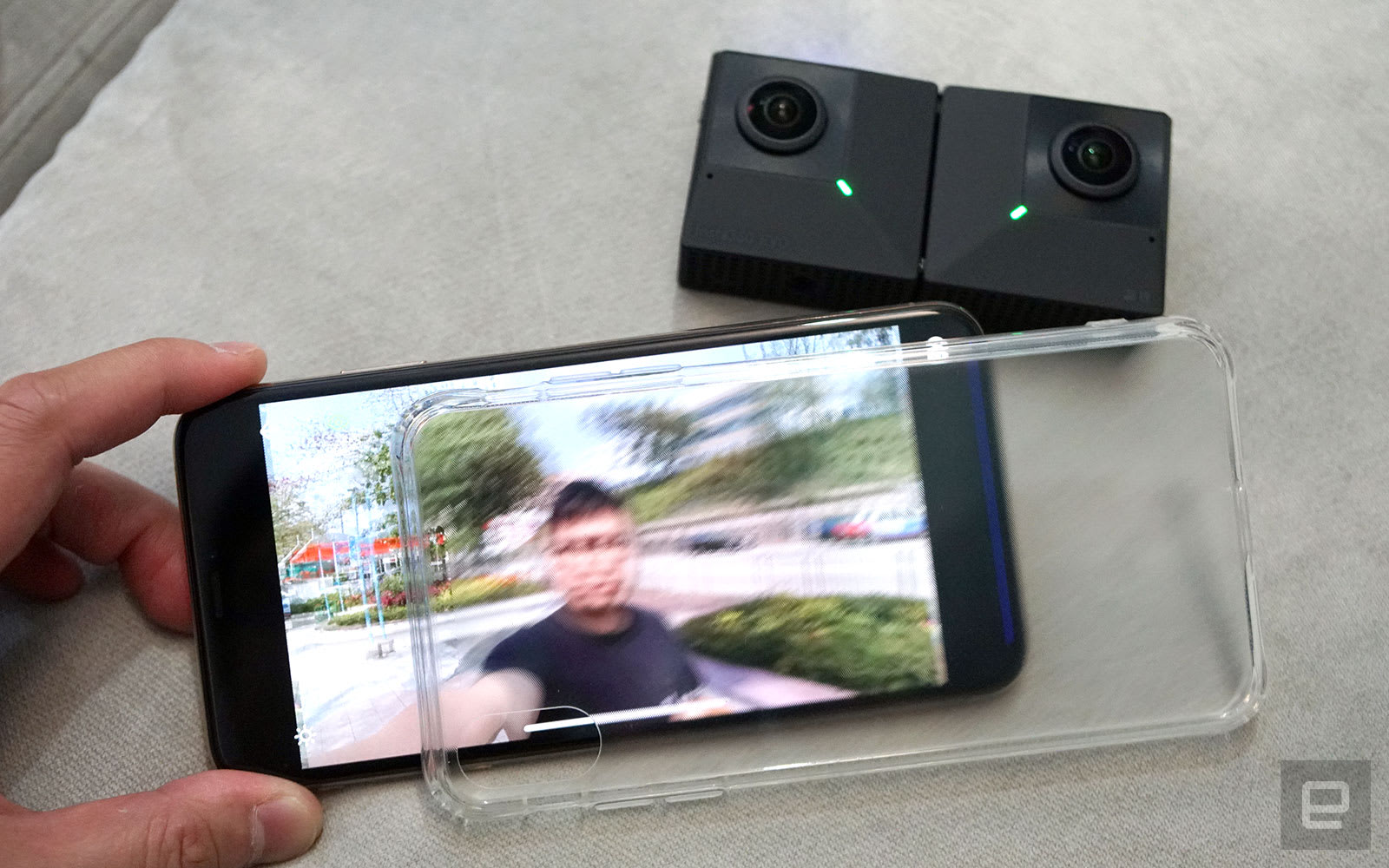 The second option is Holoframe, a clever glasses-free 3D solution using eye tracking, and it's co-developed by Samsung spin-off, Mopic. This requires an optional $29.99 transparent smartphone case with a lenticular filter on the back, and to use it, simply flip the case around so that it's covering the screen, and then toggle Holoframe playback in the app. For now, this case is only available for the iPhone X, XS, XS Max plus XR, with Samsung's Galaxy S8, S8+, S9, S9+ and Note 8 to be supported at a later date.

After an initial calibration, I was able to use Holoframe to view my 3D content on my iPhone XS Max, and the results were better than I expected -- think of it as a much sharper version of what you might have seen on the HTC Evo 3D and the LG Optimus 3D from 2011. There's still room for improvement, though, and Liu added that his team is already working on an update which will enable dynamic 3D effect -- it'll look as if you're peering through a window, especially if you tilt the phone around.

There's technically a third option, too, as the Insta360 Evo comes with a "3D Viewer," which is just a little foldable VR goggle attachment for any phone. This is obviously a quick and dirty way to play with the VR playback mode in the Evo's app, but alternatively, you can also pop your phone into a Cardboard-like enclosure just like in the good old days.

Sadly, I don't have an Oculus Go nor a GearVR headset to try the new Insta360 VR app, so I'll have to wait for the app to hit the HTC Vive Focus later this month. For the rest of you, the Insta360 Evo is already available for purchase, and in addition to the 3D Viewer, the camera comes bundled with a mini-tripod grip (not pictured here) plus a protective pouch. Just make sure you also have a microSD card rated with UHS-I V30 speed, and you should be good to go.

Source: Insta360
In this article: 180camera, 360camera, camera, cameras, evo, gear, hands-on, holoframe, insta360, insta360evo, Mopic, Snap3D, virtualreality, vr, vrcamera
All products recommended by Engadget are selected by our editorial team, independent of our parent company. Some of our stories include affiliate links. If you buy something through one of these links, we may earn an affiliate commission.