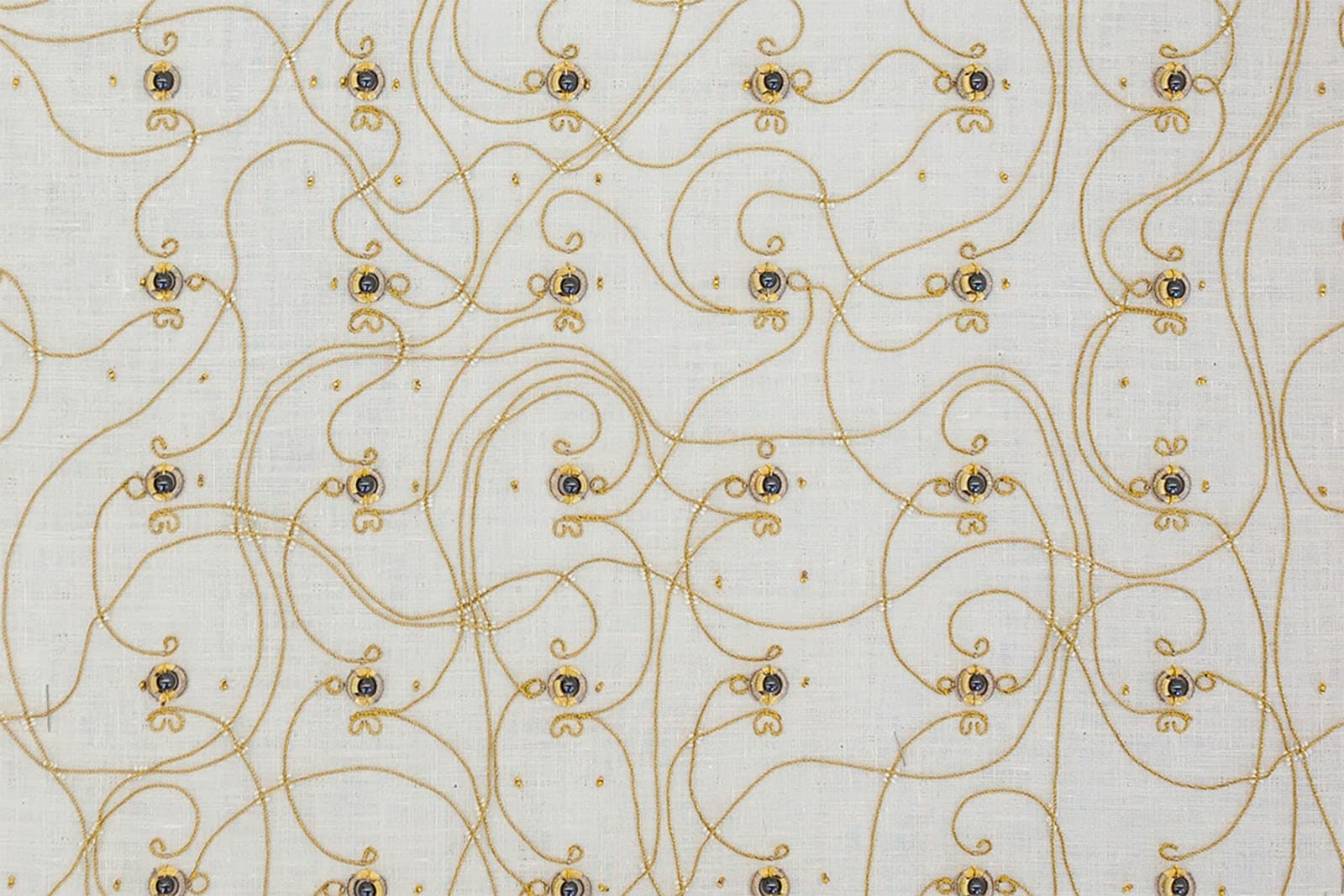 Google and others have developed smart clothing with built-in integrated circuits, but what if the textile itself formed the circuit? That's the idea behind The Embroidered Computer, an interactive installation from artist and researcher Irene Posch and designer/artist Ebru Kurbak , shown at this year's Instanbul Design Biennial.

It's a working 8-bit electromechanical computer made from gold, linen, hematite, wood, silver and copper that functions equally as a decorative textile. As Posch notes on her website, the piece explores "the appearance of current digital and electronic technologies surrounding us, as well as our interaction with them." At the same exhibition, the artists also showed off The Yarn Recorder, a device that can record and playback sounds using steel-cored yarn.

The Embroidered Computer has flippable relays like those used in mainframes before semiconductors came along. While they're not nearly as fast, you have to admit that they look a lot cooler in operation (above).

The dominant material is gold, used for its highly conductive properties, arranged in patterns to form the logic of a simple 8-bit computer. "Traditionally purely decorative, their pattern here defines the function," the artists wrote. "They lay bare core digital routines usually hidden in black boxes. Users are invited to interact with the piece in programming the textile to computer for them."

While the artwork brings the hidden beauty of programmed circuits front and center, it also makes a normally decorative object functional. The piece imagines a timeline where computers were developed by artisans, rather than engineers, using ancient methods and skills. "Through its mere existence, it evokes one of the many imaginable alternative histories of computing technology and stories of plausible alternatives to our present daily lives," said Kurbak and Posch.

It's an ironic inversion, because the Jacquard Loom, which was invented in 1804, used a crude electromechanical computer powered by punch-cards to weave complex patterns. That in turn inspired Charles Babbage in his creation of the Analytical Engine, essentially the first general-purpose computer. "The Analytical Engine weaves algebraic patterns, just as the Jacquard loom weaves flowers and leaves," said Babbage's contemporary and computing pioneer Ada Lovelace.

Via: Kottke
Source: Irene Posch
In this article: 8-bit, art, Circuit, computer, EbruKurbak, gear, IrenePosch, Textile, TheBigPicture, TheEmbroideredComputer, thenewbigpicture
All products recommended by Engadget are selected by our editorial team, independent of our parent company. Some of our stories include affiliate links. If you buy something through one of these links, we may earn an affiliate commission.