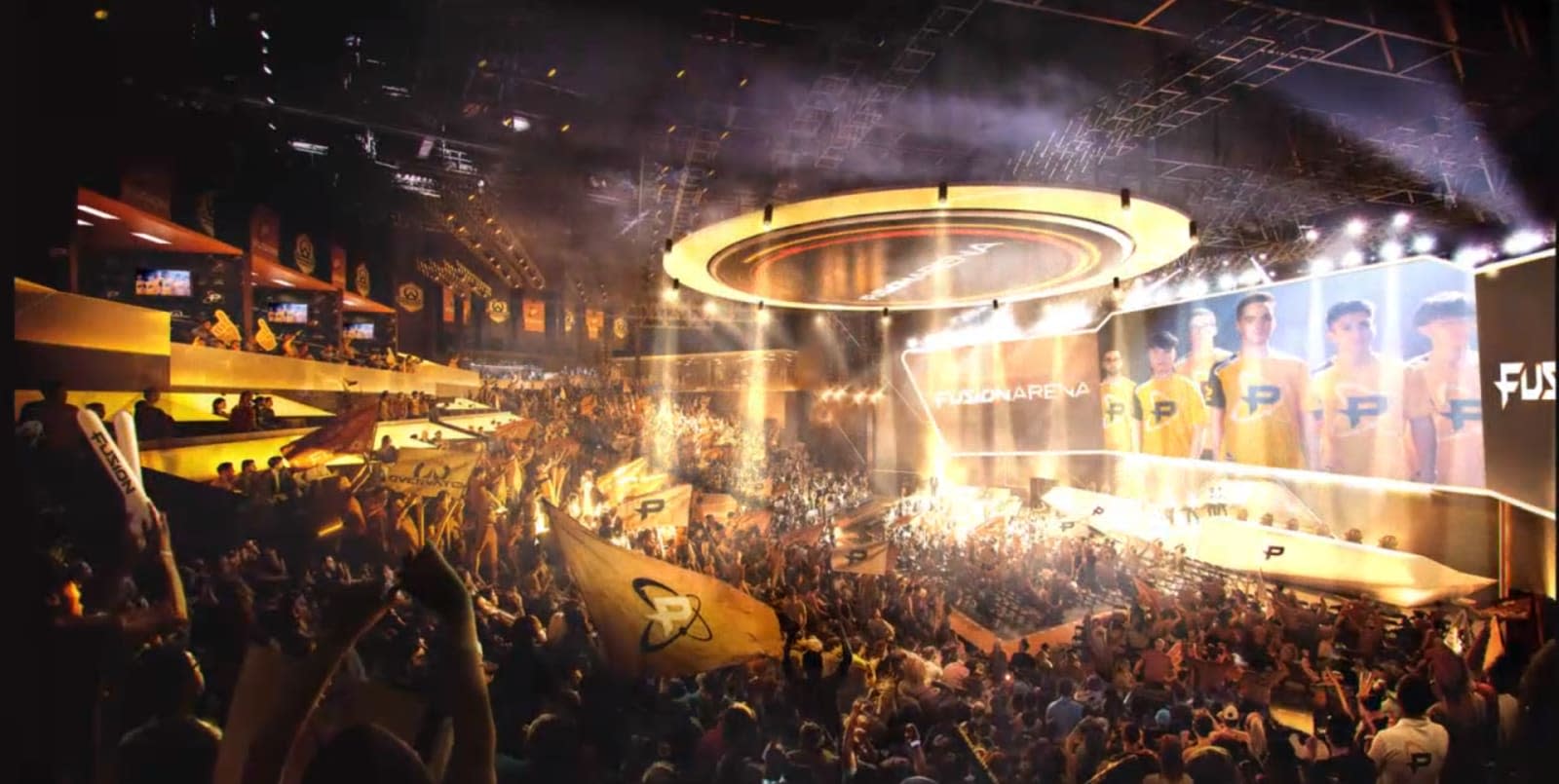 The Overwatch League's Philadelphia Fusion will build a $50 million esports arena to host its matches and is expected to be playing in the new building by early 2021. The 3,500 seat arena will be notable as it's the first dedicated, purpose-built stadium for esports in the Western Hemisphere. (By comparison, the esports arena in Arlington, TX was a repurposed section of the city's convention center.) Comcast, which owns the Philadelphia Fusion, plans to break ground on the 47-acre site this summer. The Fusion Arena will be located in the South Philadelphia Sports Complex, which is already home to the city's NFL, NBA, NHL, and NCAA teams.

The 60,000 square foot building will house a training facility, broadcast studio, and Philadelphia Fusion team offices. It will feature two balcony bars, club seats with USB ports, flexible loge boxes, and exclusive seats. Such added perks are already commonplace in Asia and will put the West's first esports arena in a similar league. Players for the first time will be able to benefit from training opportunities and other experiences in their own dedicated esports arena.

When the Fusion aren't using the arena, it'll double as a venue for other live events. The Overwatch League regular season begins in February and lasts through August, with playoffs and championship games in September, so there will be plenty of the year when the building is otherwise vacant. Overwatch players are expected to be on the road in 2020, with all teams playing in their home cities. At present, all Overwatch teams continue to flock to Los Angeles' Blizzard Arena to play their games.

Introducing Fusion Arena: a $50 million first-of-its-kind venue and the largest new-construction, purpose-built esports arena in the Western Hemisphere. It will be home to the Philadelphia @Fusion & stand alongside the home venues of Philly's beloved teams in the Sports Complex pic.twitter.com/ckxEiYxgLW

Correction: This article and its headline originally stated that the new arena being built in Philadelphia is the first esports arena in the Western hemisphere. In fact, it's the first building built from the ground up to be an esports arena; there are other arenas in the US. We apologize for the error.

In this article: business, esports, fusion arena, gaming, overwatch, overwatch league, philadelphia fusion
All products recommended by Engadget are selected by our editorial team, independent of our parent company. Some of our stories include affiliate links. If you buy something through one of these links, we may earn an affiliate commission.