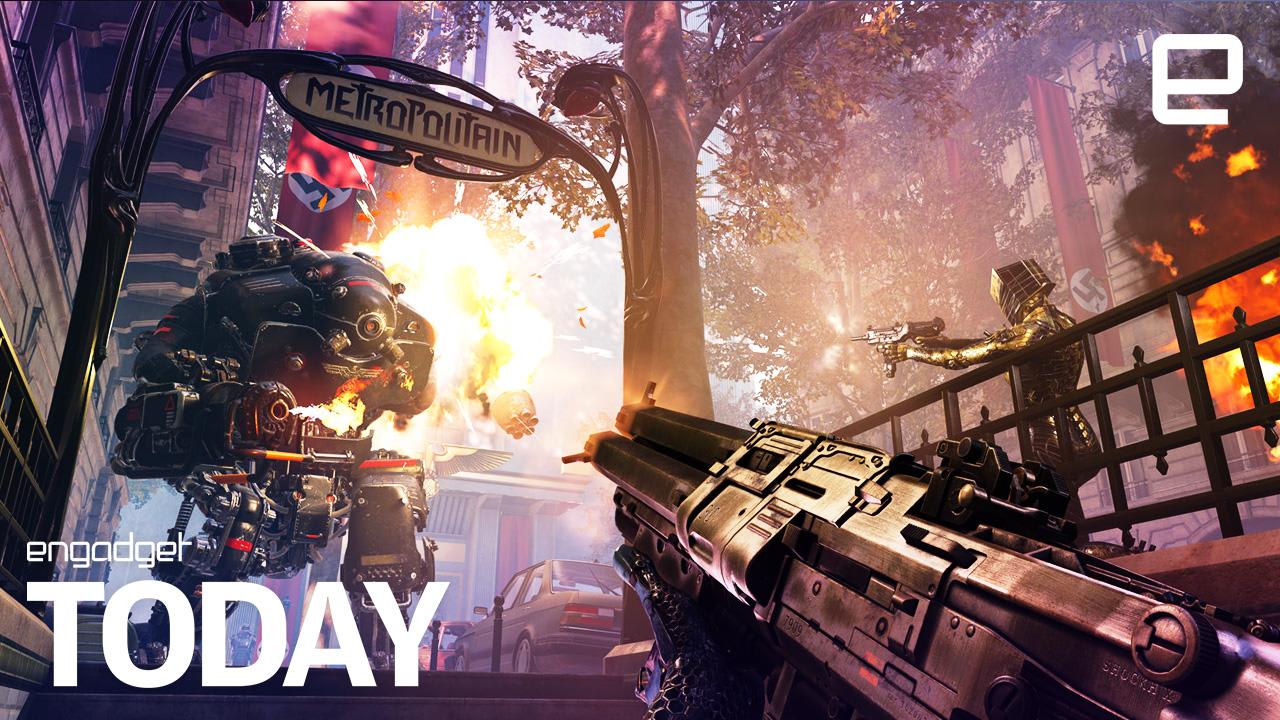 Bethesda has been mostly tight-lipped about Wolfenstein: Youngblood since unveiling it at E3 last year, but it's not holding back now. The publisher has revealed that its co-op anti-Nazi shooter will debut July 26th on PC, PS4, Switch and Xbox One. You play as BJ Blazkowicz's daughters Jess and Soph (either with a friend or an AI substitute) as they track down their missing dad in an alternate history Nazi-occupied Paris circa 1980. The new story trailer (below) makes clear that there's plenty of the modern series' over-the-top action, although there's also a bit of mystery involved -- it's now clear that BJ doesn't want to be found, and that he's up to something big.

Youngblood shakes up some of the underlying game formula. You can tackle missions in any order you like, and role-playing elements let you both improve skills and unlock new abilities and gear (including revamped weapons from New Colossus). In essence, it's what you'd expect from the combination of familiar Wolfenstein developer MachineGames with Arkane Studios, the creator behind Dishonored and the Prey remake.

The game will be relatively inexpensive at $30 in its base form, but for once there's a strong incentive to pay for a pricier version. Shell out for the $40 Deluxe Edition and you'll get a Far Cry-style Buddy Pass that lets a friend join your game without having to buy their own copy. You can only hand it out to one person at a time, but you can use it as often as you like. It's clearly a bid to turn some of those co-op sessions into additional sales, but you might not object if it means more honest-to-goodness human teammates.

Source: Bethesda
In this article: AOLoriginals, arkane studios, av, bethesda, co-op, daily show, engadget, Engadget Today, engadgetvideo, entertainment, games, gaming, id software, machinegames, personal computing, personalcomputing, ps4, switch, video, video games, wolfenstein, wolfenstein youngblood, xbox one, youngblood
All products recommended by Engadget are selected by our editorial team, independent of our parent company. Some of our stories include affiliate links. If you buy something through one of these links, we may earn an affiliate commission.