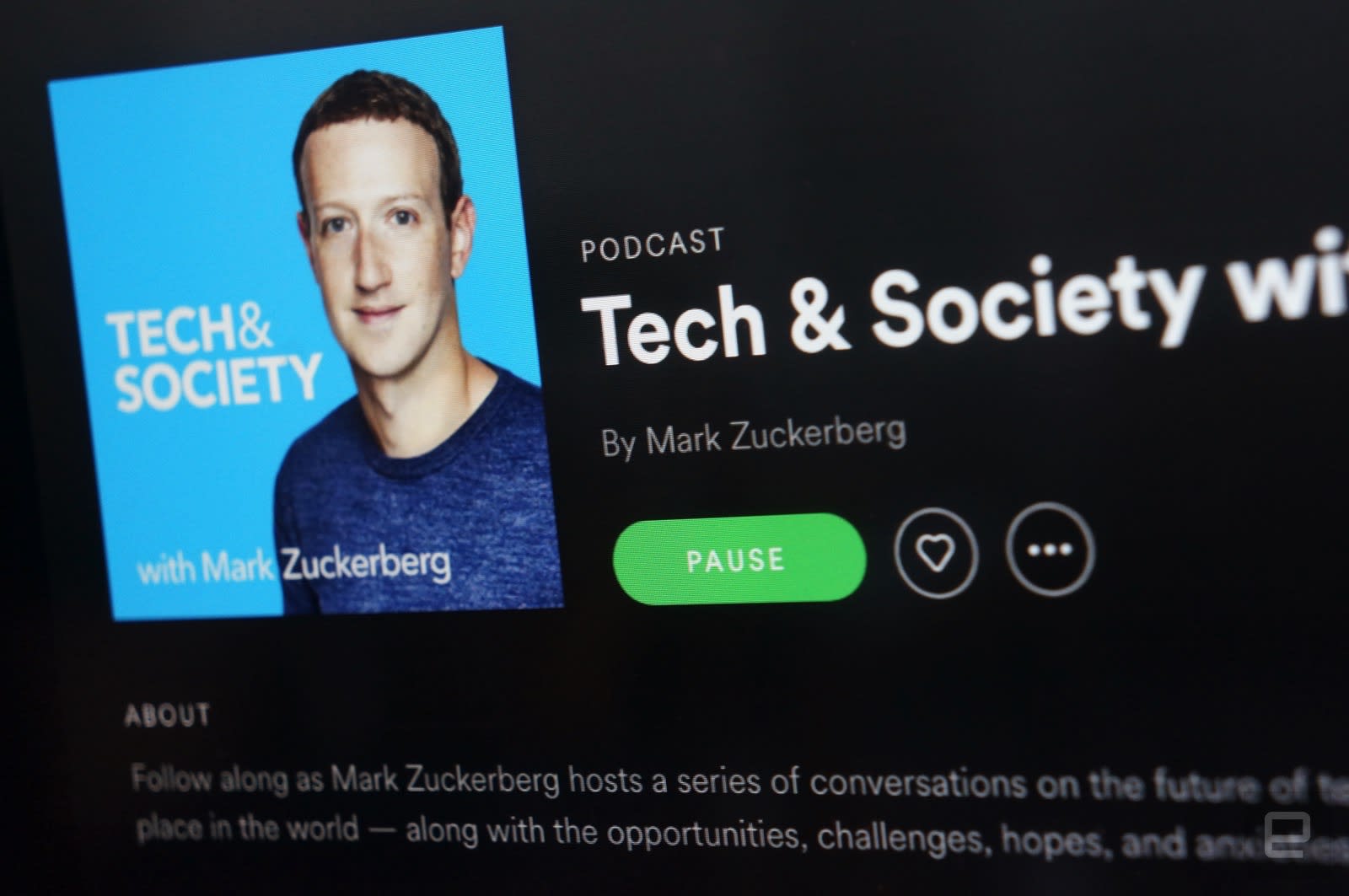 Yes, you read that correctly. Facebook's Mark Zuckerberg has launched his own podcast, Tech & Society with Mark Zuckerberg, that has the company founder siting down with luminaries to chat about (what else?) the social impact of technology. There aren't more details about the length of the series or just where you'll find it (we've only found it on Spotify so far). However, it won't surprise you to hear what the focus is -- it's issues relevant to Facebook.

The first two episodes are available as we write this, and they cover well-worn topics for Zuckerberg. He talks with Harvard law professor Jonathan Zittrain about issues like privacy and fake news, and Axel Springer chief Mathias Dopfner about the importance of journalism in the digital era. Neither are small discussions (the first episode is an hour and 44 minutes long), but they most definitely touch on Facebook's plans. The chat with Dopfner, for instance, includes many references to Facebook's bids to support local news as well as its hopes for surfacing news in your feed.

At first blush, the podcast could serve as a valuable insight into Zuckerberg's thinking on a range of topics. He also doesn't stop people like Dopfner from occasionally challenging his ideas and making suggestions. Simultaneously, though, this isn't going to be the most objective discussion of Facebook and related issues. You probably aren't going to hear much talk of Facebook's ongoing data scandals. This could still be worth a listen, to be clear -- just know that it's coming from a not-so-neutral perspective.

Update 4/24 3:04PM ET: Facebook tells Engadget these are audio versions of videos Zuckerberg is posting on his profile. As such, you can expect to see new podcast episodes "every few weeks." You can also expect the podcast to reach platforms beyond Spotify in the "coming days." It's not completely novel, then, but it still represents the tech exec's first foray into podcasting.

Source: Facebook (Twitter), Spotify
In this article: facebook, gear, internet, mark zuckerberg, podcast, social network, social networking, spotify
All products recommended by Engadget are selected by our editorial team, independent of our parent company. Some of our stories include affiliate links. If you buy something through one of these links, we may earn an affiliate commission.