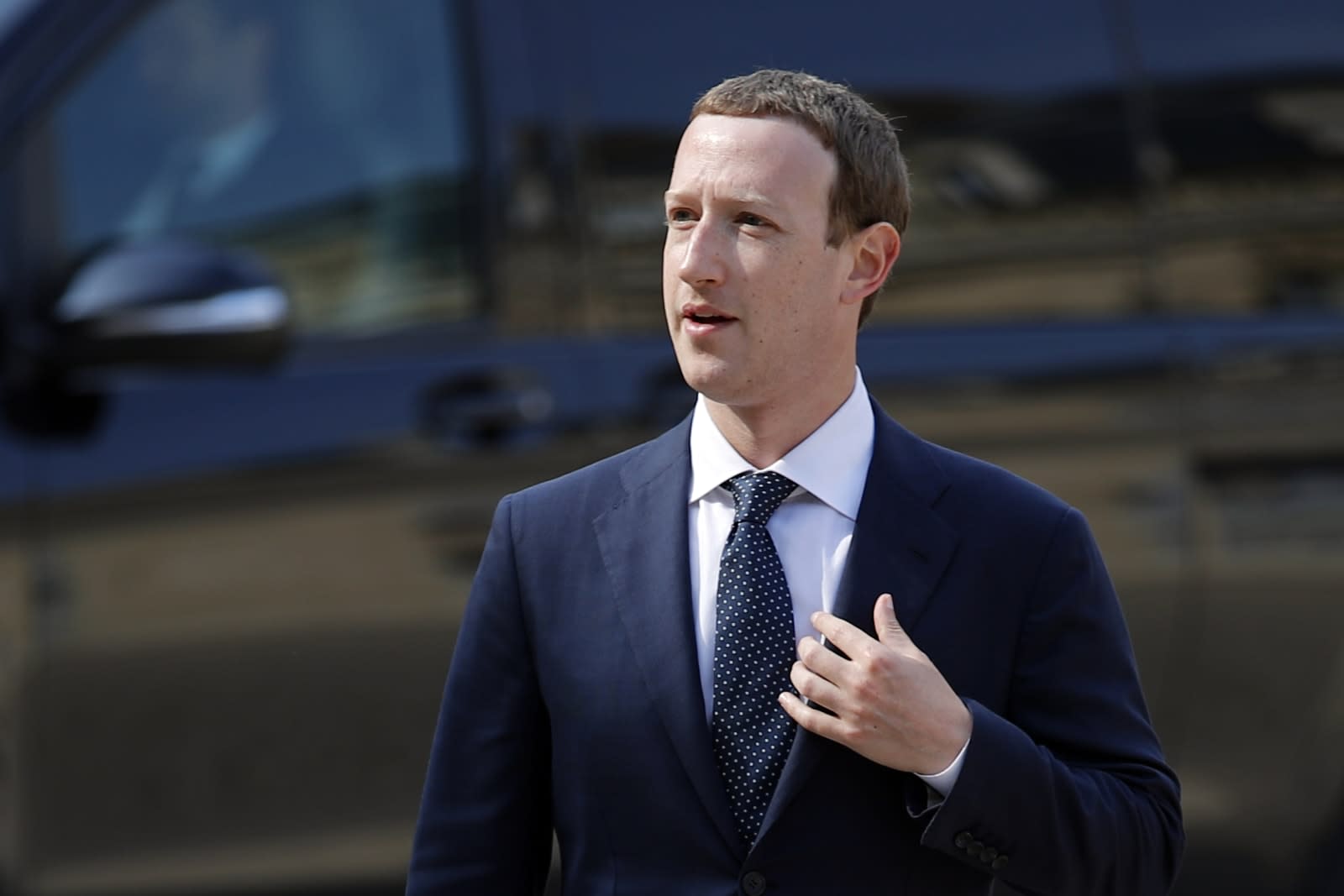 Mark Zuckerberg has revealed he may add a dedicated tab for "high-quality news" to Facebook, perhaps by the end of the year. The section would reportedly be free for users, though Facebook might pay publishers whose work is featured. Zuckerberg mooted the idea in a conversation with Axel Springer CEO Mathias Döpfner, as part of his goal this year to hold discussions about the future of technology in society.

"It's important to me that we help people get trustworthy news and find solutions that help journalists around the world do their important work," Zuckerberg wrote in a post alongside a video of the chat. He noted to Döpfner that Facebook could "potentially have a direct relationship with publishers to make sure that their content is available, if it's really high-quality content." However, it's not clear whether Facebook would pay publishers directly (as it has declined to do in the past) or offer a bigger slice of ad revenue.

The timing of Zuckerberg's remarks is notable, given last week's rollout of Apple's news and magazine subscription service. His plan seems to be a play for the attention of users who like to stay in tune with what's going on in the world.

As Apple has, Facebook may recruit editors, but Zuckerberg told Döpfner he wasn't sure whether to let users select most of what they see in the tab or whether staff members should curate it. Facebook previously used editors to select trending topics items, though it faced accusations of bias over the stories that were chosen for the now-removed section.

The news tab seems likely to work in a similar way to Watch -- while videos still appear in the News Feed, the Watch tab is a dedicated place for them. Facebook previously tested separating posts from pages and those from friends and family with an Explore feed that didn't prove popular. As such, you'll probably still see posts from publishers in the News Feed.

Facebook has announced several other plans to support journalists, including a pledge to invest $300 million in local newsrooms and grants for people with ideas to improve the availability of news. It also has a local news feature in hundreds of cities.

In this article: facebook, gear, journalism, mark zuckerberg, MarkZuckerberg, news, news tab, services
All products recommended by Engadget are selected by our editorial team, independent of our parent company. Some of our stories include affiliate links. If you buy something through one of these links, we may earn an affiliate commission.