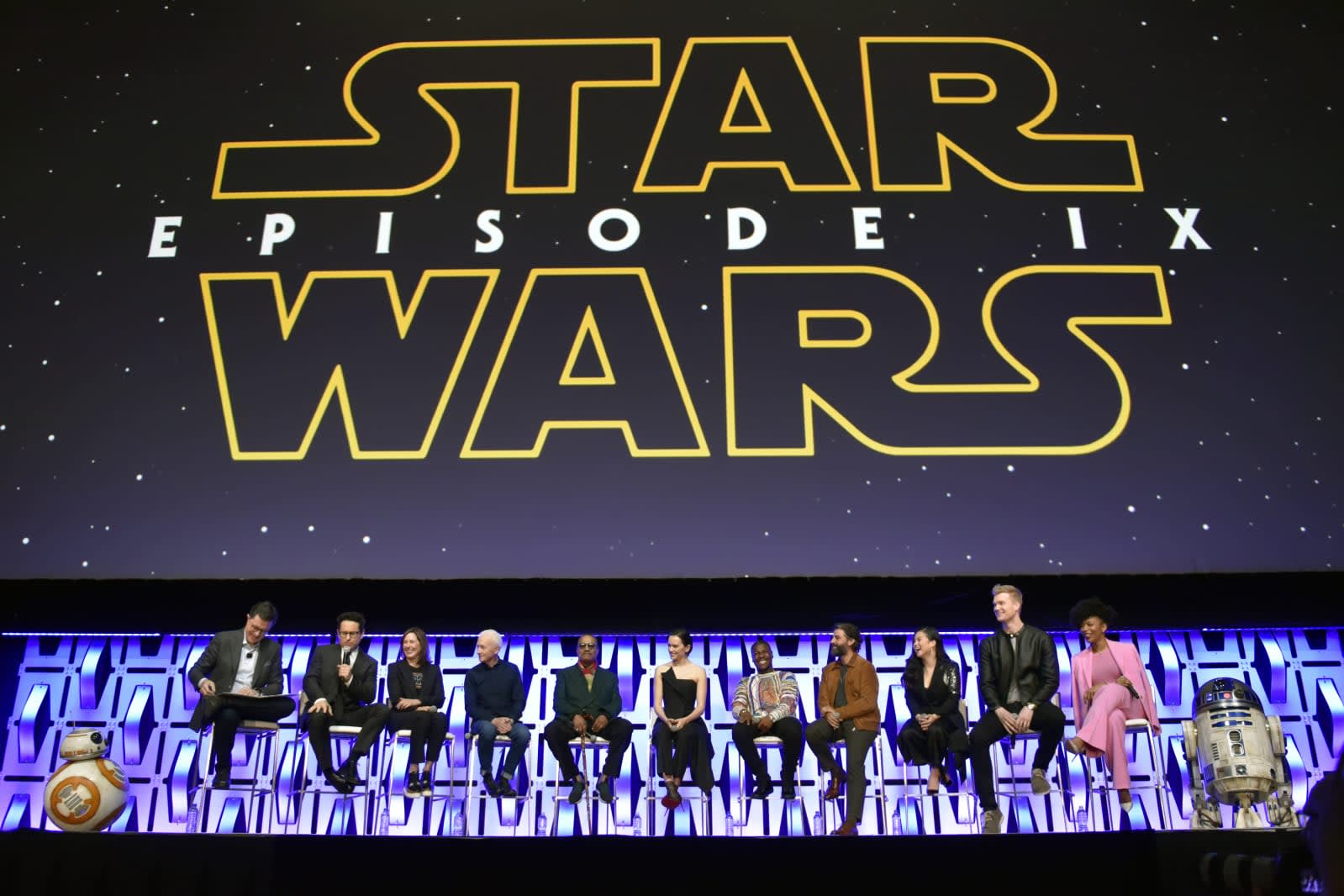 Disney hasn't quite wrapped up the Star Wars Skywalker saga, which will come to an end this December with Episode 9: The Rise of Skywalker. However, it's looking ahead with the franchise, as it updated its release schedule with dates for three new Star Wars films. The first will hit theaters in December 2022, followed by December 2024 and 2026. They'll alternate with the Avatar sequels, the first of which arrives in 2021 (it was previously scheduled for December next year).

Beyond that, details are still scant. We've known for some time that The Last Jedi director Rian Johnson was working on a new trilogy that would be separate from the Skywalker series. However, Disney and Lucasfilm hit the pause button on the anthology movies following Rogue One and Solo.

Via: CNET
Source: Frank Pallota (Twitter)
In this article: art, av, avatar, disney, entertainment, rian johnson, rianjohnson, star wars, starwars
All products recommended by Engadget are selected by our editorial team, independent of our parent company. Some of our stories include affiliate links. If you buy something through one of these links, we may earn an affiliate commission.