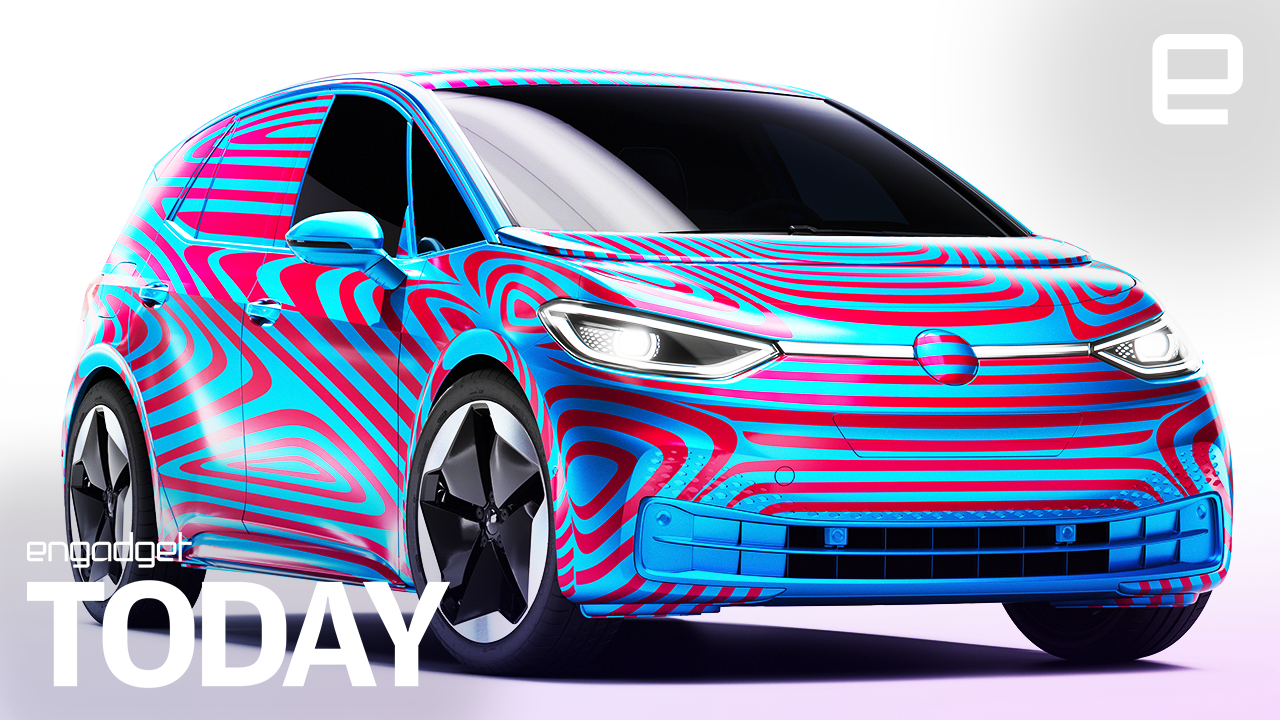 VW is finally ready to take €1,000 deposits for the production version of its I.D. electric hatchback in 29 European countries. Now called the ID.3, the finished car (which won't come with the colorful camouflage above) is initially available in a loaded, limited-edition "1st" model that includes the mid-tier, 261-mile battery as well as navigation, voice control and large wheels. Pricing will start at "less than €40,000" (about $44,800), but there will also be a 1st Plus variant with additional lighting and design touches as well as a 1st Max with an augmented reality heads-up display and a panoramic glass roof.

That's a lot to pay for what's supposed to be a relatively accessible EV, but there will be a perk for early adopters beyond having one of the first 30,000 vehicles. All ID.3 1st buyers will have a year of free charging on Europe's Ionity network up to a maximum of 2,000kWh.

Production is still on track for late 2019, although the first deliveries aren't expected until mid-2020. Take heart if you can't justify becoming an early adopter, though. The base model with 205-mile range is due to start "under €30,000" (about $33,600), and a higher-capacity 342-mile battery will be an option. The car isn't expected to reach the US, where you'll see larger vehicles like the production version of the Crozz.

VW didn't say when it would start taking full-fledged pre-orders, although those are unofficially expected to start after the ID.3's formal debut at the Frankfurt Motor Show in September. Either way, this is a significant milestone -- it shows that the automaker's EV strategy is more than just talk.

In this article: AOLoriginals, daily show, electric car, electric vehicle, engadget, engadget today, engadget video, entertainment, ev, gear, green, id, id.3, id3, pre-order, thebuyersguide, transportation, volkswagen, vw
All products recommended by Engadget are selected by our editorial team, independent of our parent company. Some of our stories include affiliate links. If you buy something through one of these links, we may earn an affiliate commission.