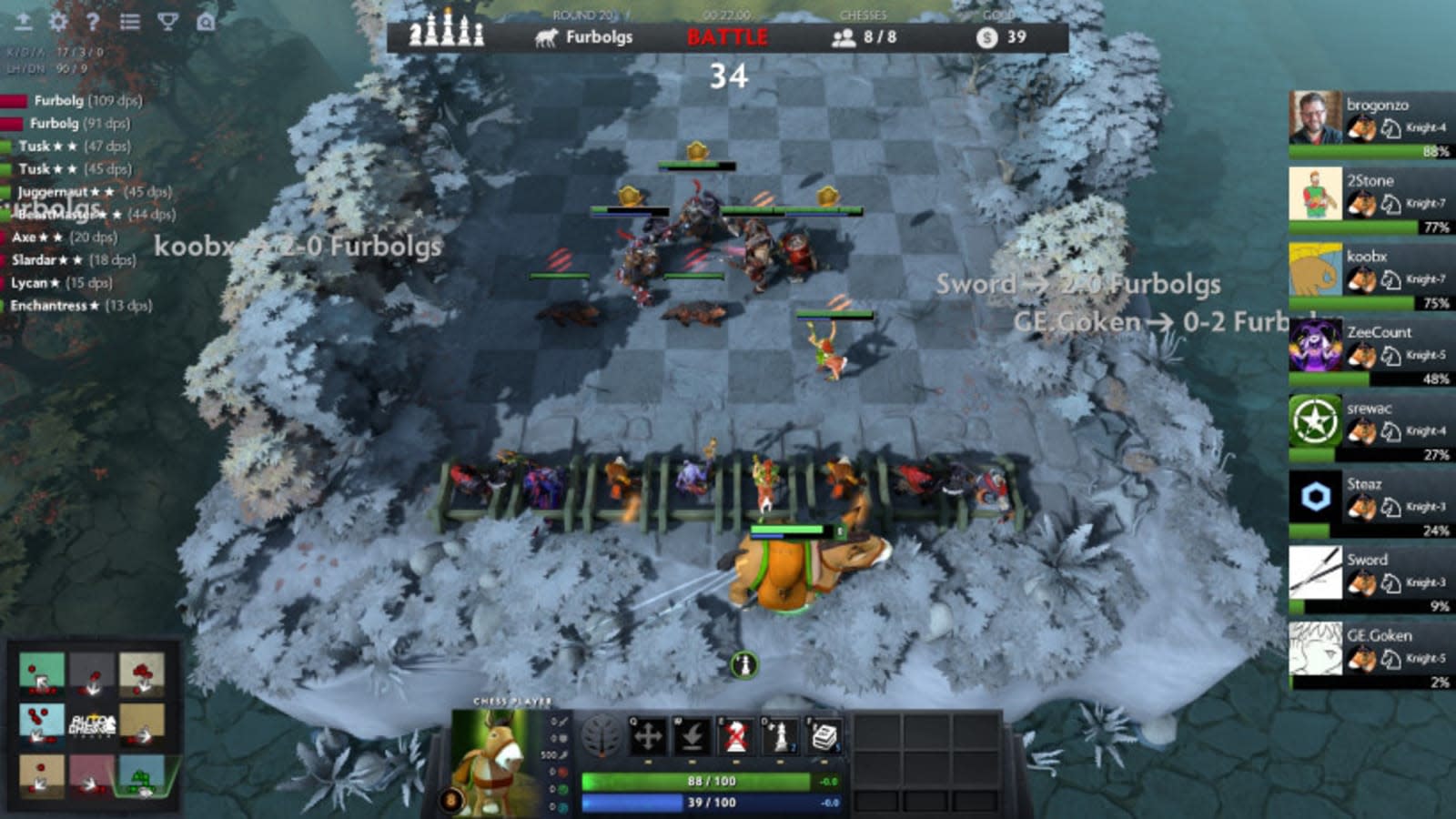 Dota 2's hugely popular custom game mode Dota Auto Chess is set to get not one but two standalone spin-offs. Dota 2's publisher Valve made the announcement on its blog this week, noting that its developers loved the mod so much the company invited creators Drodo Studio for a visit to discuss how they could work together.

For "a variety of reasons" the two teams concluded they couldn't work directly with each other, but settled on each building their own stand-alone version of the game while supporting each other "to the fullest." Drodo has already been working on its own non-Dota mobile version of the game, available in beta now, while Valve helped migrate the accounts of existing Dota Auto Chess players over to the new version. Valve, meanwhile, is now working on a standalone Dota version "with Drodo's blessing", and says it'll share more information on that soon.

In this article: av, Dota 2, Dota Auto Chess, Drodo Studios, game, gaming, mobile, personal computing, personalcomputing, Valve
All products recommended by Engadget are selected by our editorial team, independent of our parent company. Some of our stories include affiliate links. If you buy something through one of these links, we may earn an affiliate commission.