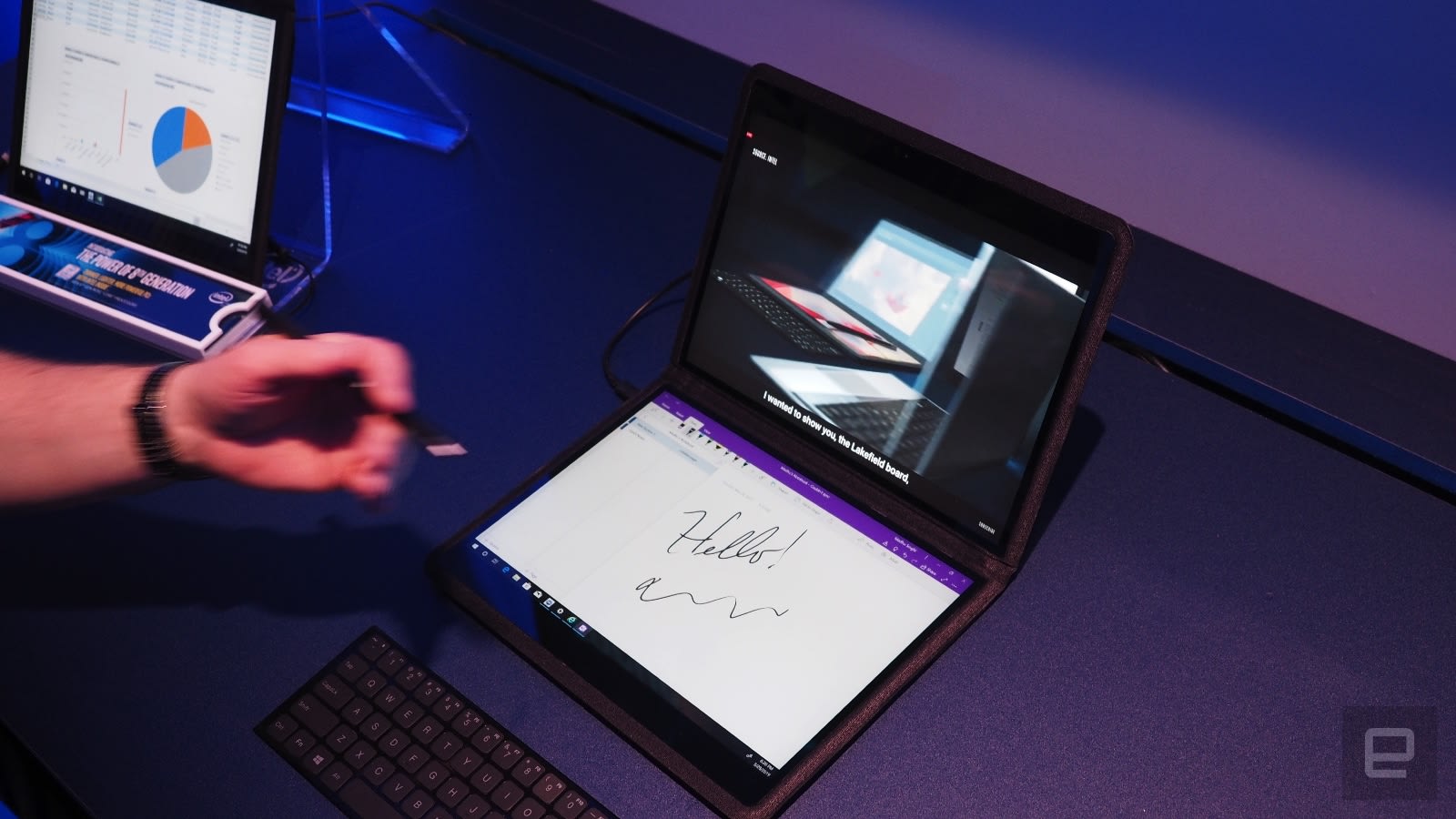 Rumors of Microsoft making a dual-screened Surface appear to be solidifying, although you may need to adjust your expectations. Sources for The Verge claim the company held an internal event where it offered a peek at future Surface device, including a prototype of dual-screen hardware (not pictured above -- that's Intel's). Staff reportedly got into "long lines" just to get a look, the insiders said. However, it's not believed to be the pocketable Andromeda device rumored in recent years.

The prototype was instead for Centaurus, a previously rumored dual-screen PC that would more closely resemble the ill-fated Courier than anything. It would run a lightweight version of Windows (nicknamed Windows Lite or Core OS) and serve as the standard bearer for an expected wave of dual-screen tablet-and-laptop hybrids. Intel is believed to be "working closely" with Microsoft on the project.

You might not have to wait too long to see the device yourself. Microsoft might release Centaurus within the next six months, according to the report, and showing the early system is an indication that the machine is relatively far into development. At this stage, the question is whether or not it'll be capable enough (and affordable enough) to spur interest in the category. Earlier attempts at dual-screen devices have produced mixed results, and there's no guarantee that Microsoft can spark interest even if the design and tech specs are exceptional.

Source: The Verge
Coverage: Windows Central
In this article: andromeda, centaurus, computer, gear, microsoft, pc, personal computing, personalcomputing, surface, tablet, windows
All products recommended by Engadget are selected by our editorial team, independent of our parent company. Some of our stories include affiliate links. If you buy something through one of these links, we may earn an affiliate commission.