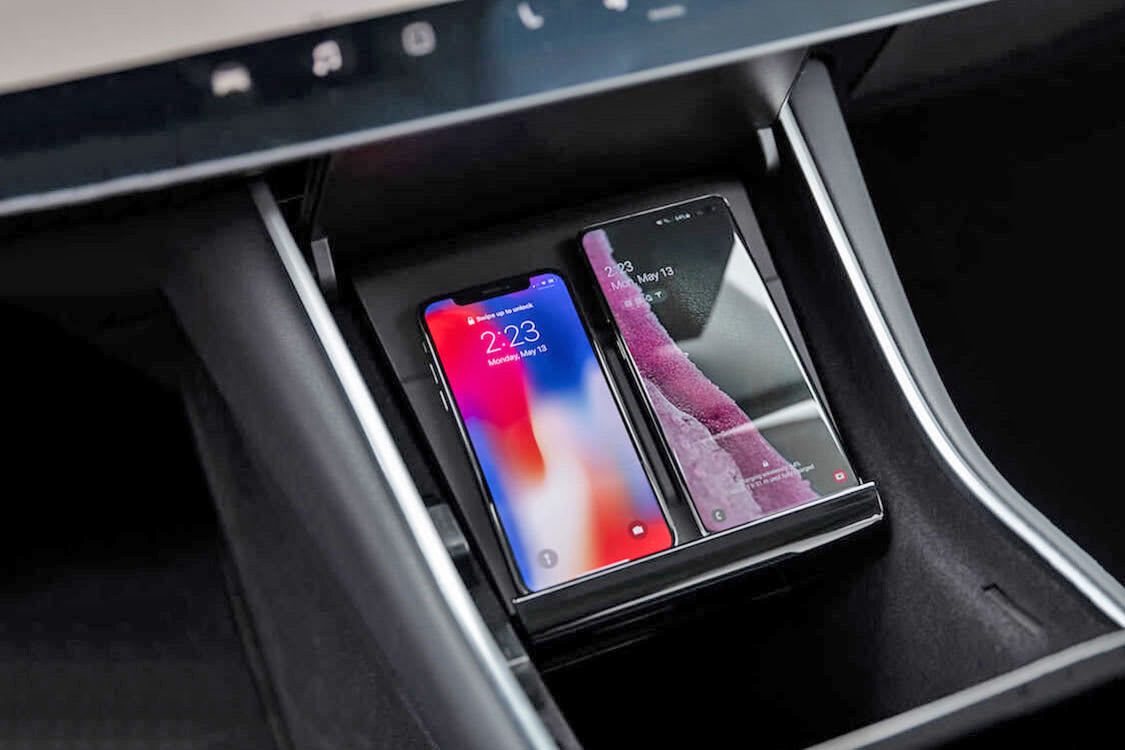 Tesla is expanding its range of phone accessories with an official in-car wireless phone charging pad for the Model 3. The charger is available today and is compatible with Qi-enabled phones including the iPhone 8 and above, the Samsung Galaxy S7 and above and the Google Pixel 3 and 3XL.

As you would expect from Tesla, the charging pad fits nicely into the vehicle's chassis. And as you may also expect from the company, the charger is not cheap.

It's currently listed at a price of $125, with a two to three week estimated shipping time. And it's worth noting that there are third-party products available which offer the same function for a much lower price.

"Featuring a non-slip, silicon surface with easy installation and enough power to charge two phones at once, the Wireless Phone Charger is perfect for any sized device," says Tesla on its website. "Simply drop your Qi-enabled smartphone on the center console's phone tray for a quick and secure charge without cables."

The product images show two Qi-enabled phones charging side by side, with the charger tucked into the lower half of the central console. The charger comes with two USB cables and a snap-on bottom piece, so it looks like installation will be easy.

Tesla has sold a wired phone charging cable for the Model 3 for a while now, available in Lightning, MicroUSB, and USB-C variants for users who want to charge their phones via the central console. The company has also previously sold a Tesla-branded wireless phone charger, although that is portable and isn't designed for Tesla vehicles.

This is the first time Tesla has offered a wireless charging solution for the Model 3. If you want one for your car, you better get it quickly, as the portable wireless phone charger sold out fast and is no longer available.

Via: Electrek
Source: Tesla
In this article: gear, mobile, Model 3, Tesla, transportation, wireless charging
All products recommended by Engadget are selected by our editorial team, independent of our parent company. Some of our stories include affiliate links. If you buy something through one of these links, we may earn an affiliate commission.