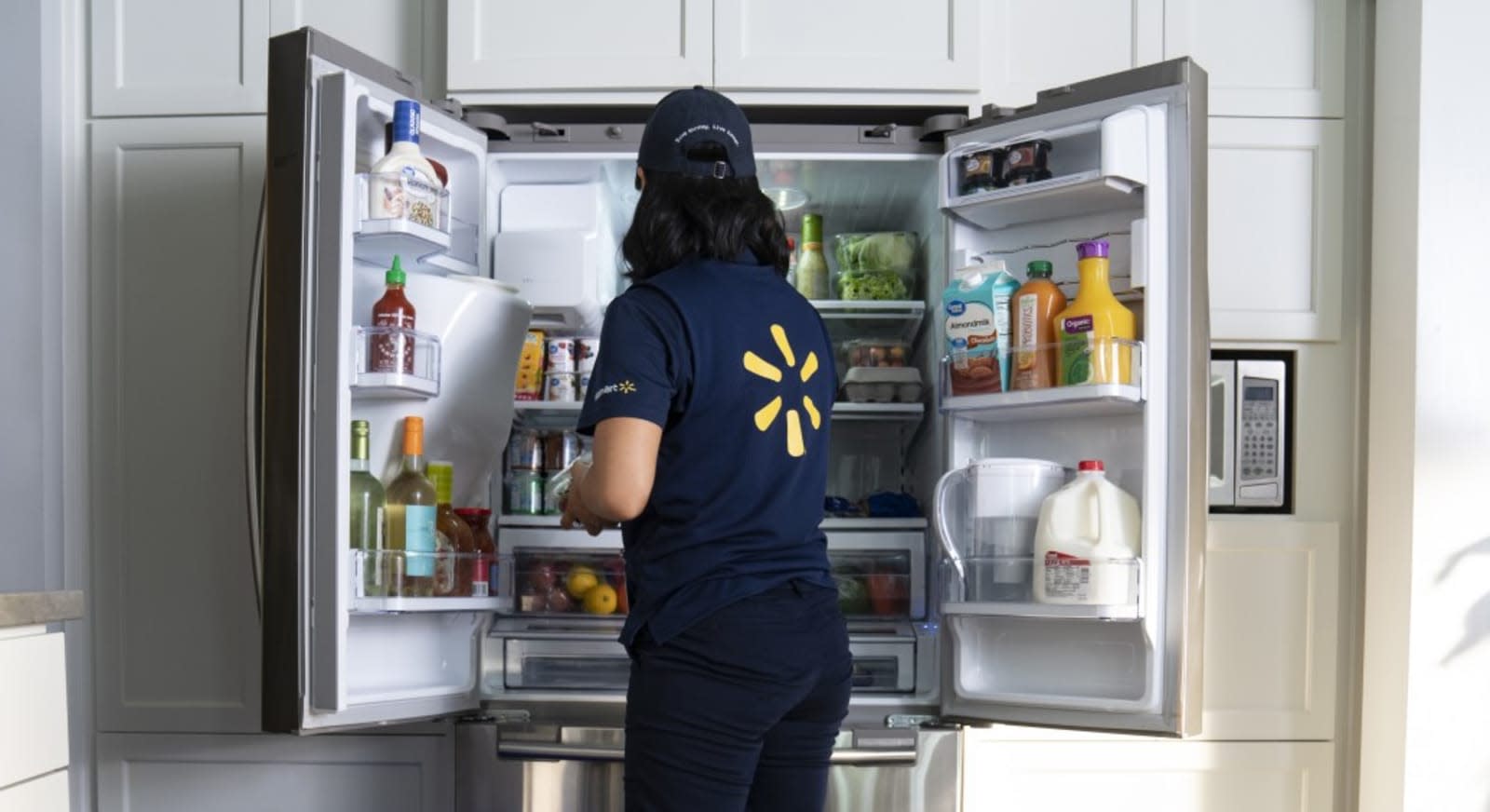 Having groceries delivered to your home is convenient, but if taking food from the front door to the kitchen is too much hassle, then Walmart has a solution. It is launching a new service, InHome Delivery, which involves a representative placing groceries directly in your fridge.

The idea is that you can place an order on the Walmart app and a delivery-person -- who has been with the company for at least a year -- will bring the items to your home and do the rest.

The exact details of the security system that will be used haven't been announced yet, but Walmart has said it will use "smart entry technology and a proprietary, wearable camera" to gain access to customers' homes. The system will "[allow] customers to control access into their homes and [give] them the ability to watch the deliveries remotely," so even the most security-conscious can keep an eye on their property.

Having someone bring food to your house is one thing, but letting them stock your fridge? What if they put the milk on the wrong shelf? There's something weirdly intimate about letting a stranger organize your food.

The scheme is Walmart's answer to Amazon, which launched its Key service last year. Amazon Key sidesteps package thieves by allowing delivery-people to access your house directly. Amazon can deliver to your garage or inside your front door if you have a compatible smart garage or smart lock (which starts at $200).

Walmart has taken aim at Amazon's delivery dominance with its free next-day delivery service, launched earlier this year on selected items. It has been hoping to free up labor time for its employees (and avoid to some of the criticism Amazon has faced over its labor practices) by making use of robots in its stores and offering autonomous grocery deliveries.

The company is also readying its own version of Amazon Go, the smart grocery store. The Intelligent Retail Lab in New York uses cameras to identify low-stock items and automatically purchase new stock, rather than identifying items for purchase like Amazon's stores.

Walmart says InHome will be available in the fall to over a million customers in Kansas City, Pittsburgh and Vero Beach, Florida. Later this year, it will also extend the service to include returns, which simply requires leaving the items you want to send back on your kitchen counter.

In this article: delivery, food and drink, food-and-drink, foodanddrink, home, smart lock, tomorrow, Walmart
All products recommended by Engadget are selected by our editorial team, independent of our parent company. Some of our stories include affiliate links. If you buy something through one of these links, we may earn an affiliate commission.