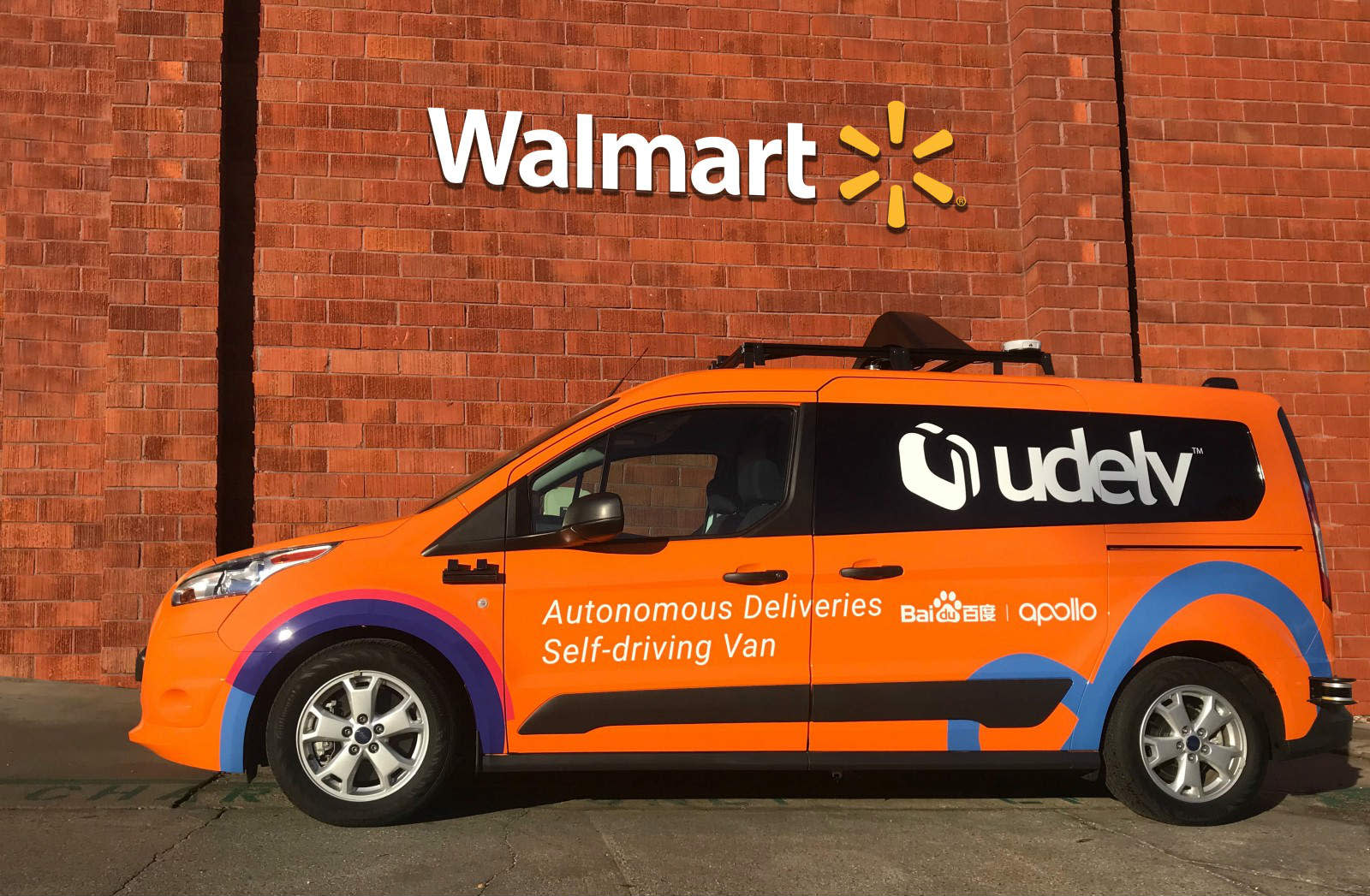 Walmart is expanding its experiments with self-driving grocery deliveries courtesy of a new trial in Surprise, Arizona. In the wake of its partnership with Ford, the retailer's latest pilot will use startup Udelv's autonomous cargo vans "custom-made" for food drop-offs.

When the trial kicks off later this month, Walmart customers can have their groceries driven over by Udelv's second-generation vehicles (dubbed "The Newton") by placing orders online. The driverless vans are powered by Chinese internet giant Baidu's updated self-driving platform, Apollo 3.5.

Walmart claims it has a store within five miles of 70 percent of the US population. And, outside the realm of trials, it pushed to make deliveries to 100 cities by the end of 2018 -- with help from Postmates and DoorDash. That could be down to the Amazon Prime effect, but Walmart's brick-and-mortar empire means it has different challenges to overcome that its e-commerce rival. After halting its deliveries with Uber last year, and hiccups with its employee-based dispatches, it's clearly banking on self-driving cars as the future.

In this article: autonomousdelivery, gear, grocerydelivery, Self-drivingCar, services, Udelv, walmart
All products recommended by Engadget are selected by our editorial team, independent of our parent company. Some of our stories include affiliate links. If you buy something through one of these links, we may earn an affiliate commission.