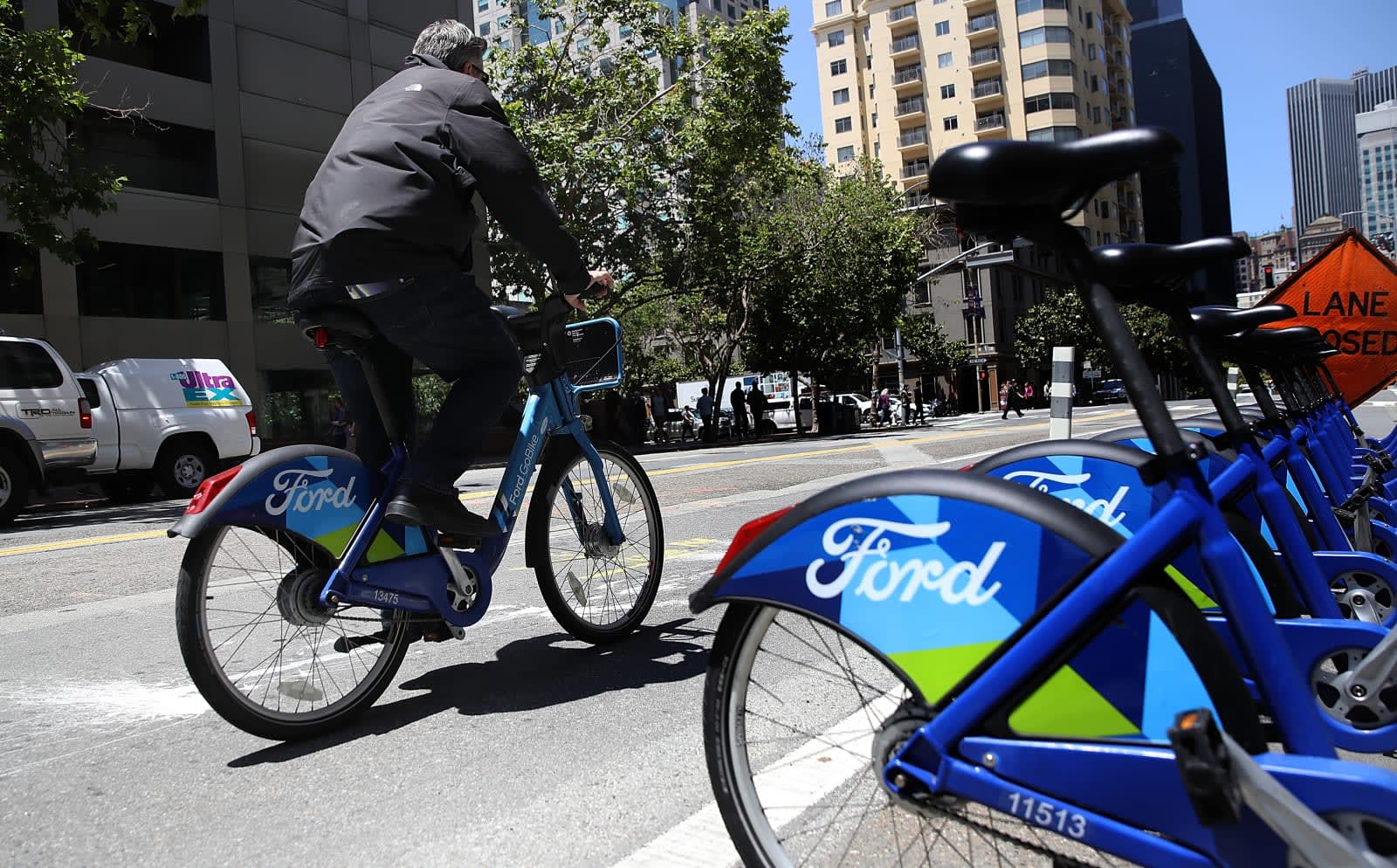 It looks like San Francisco's call for applications to expand its dockless bicycle program didn't sit well with Lyft. The company has just filed a lawsuit against the California city, seeking an injunction that would prohibit SF from giving its rivals permission to operate. Lyft claims that giving other companies a permit will violate the 10-year exclusivity agreement Ford GoBike -- previously operated by Motivate, which Lyft eventually purchased -- signed with San Francisco. The ride-hailing firm says the deal gives it exclusive rights to run bike-share services in the city, but local authorities are saying otherwise.

John Coté, communications director for SF City Attorney Dennis Herrera, told TechCrunch that the agreement only covers docked bike-sharing services. Lyft's Ford GoBike operation in San Francisco, as you can guess, uses stations for docking. "It does not give Lyft the right to a monopoly on bike sharing in San Francisco. Lyft can seek a permit for dockless bikes on equal footing with everyone else," Coté said.

A Lyft statement given to TC, however, insinuates that San Francisco changed the terms of their agreement. "We need San Francisco to honor its contractual commitments to this regional program -- not change the rules in the middle of the game," the spokesperson said. "We are eager to quickly resolve this, so that we can deliver on our plans to bring bikes to every neighborhood in San Francisco." Uber already operates a dockless service in San Francisco after purchasing a local service called Jump. But according to the lawsuit, it was supposed to be a one-time exception because Lyft wasn't ready to launch its dockless product at the time

As SF Examiner noted, docked bike-sharing services are getting pushback from SF residents, as the construction of more and more docks could lead to the lack of parking space. That's why when the city decided to expand its dockless program, San Francisco Municipal Transportation Agency's Benjamin Barnett said one of the reasons was that there's high "[p]ublic demand for shared and stationless electric bikes."

Source: SF Examiner, TechCrunch
In this article: bike sharing, bikes, gear, lyft, san francisco, transportation
All products recommended by Engadget are selected by our editorial team, independent of our parent company. Some of our stories include affiliate links. If you buy something through one of these links, we may earn an affiliate commission.